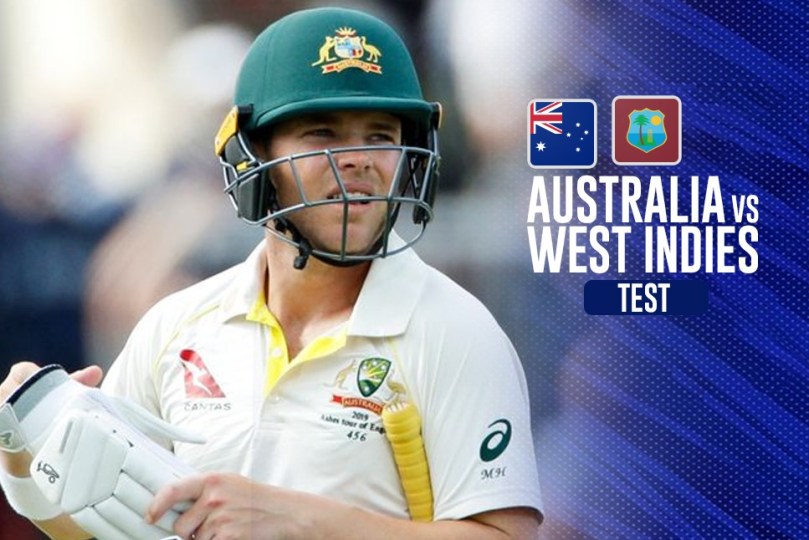 Australia Squad WI Test: AUS vs WI TEST – Opener Marcus Harris has received a recall to Australia’s squad for their upcoming two-match Test series against the West Indies at home. The Test series is crucial for Australia as they attempt to find a place in next year’s ICC World Test Championship final and two victories over the West Indies side will push them closer to a berth. Follow Australia vs WestIndies updates with InsideSport.IN

Australia will play their first match of the series against West Indies on December 4 at the Perth Stadium while the second and final match of the two-match series will take place on December 8-12 at the Adelaide Oval. Australia currently claimed second place on the ICC World Test Championship standings and the West Indies series is the first of three to ultimately determine their fate.

Harris has not played for Australia in a Test since he featured against England at the Sydney Cricket Ground (SCG) at the beginning of the year, but the 30-year-old is in line to partner fellow left-handed batter David Warner at the top of the order after he was not selected for the Pakistan and Sri Lanka tours during the middle of the year.

The 13-player squad announced by Australia on Tuesday is very much similar to the one that clinched the Ashes series over England at the start of the year, with Harris’ inclusion warranted according to selection chair George Bailey.

“After some larger squads for the sub-continent tours over the winter, we have returned to a very similar squad to that which performed strongly last summer in comprehensively winning the Ashes,” Bailey said in an official statement.

“Marcus Harris retains his place after continuing to perform for Gloucestershire in the English County competition and a strong start to the Sheffield Shield season,” he added.