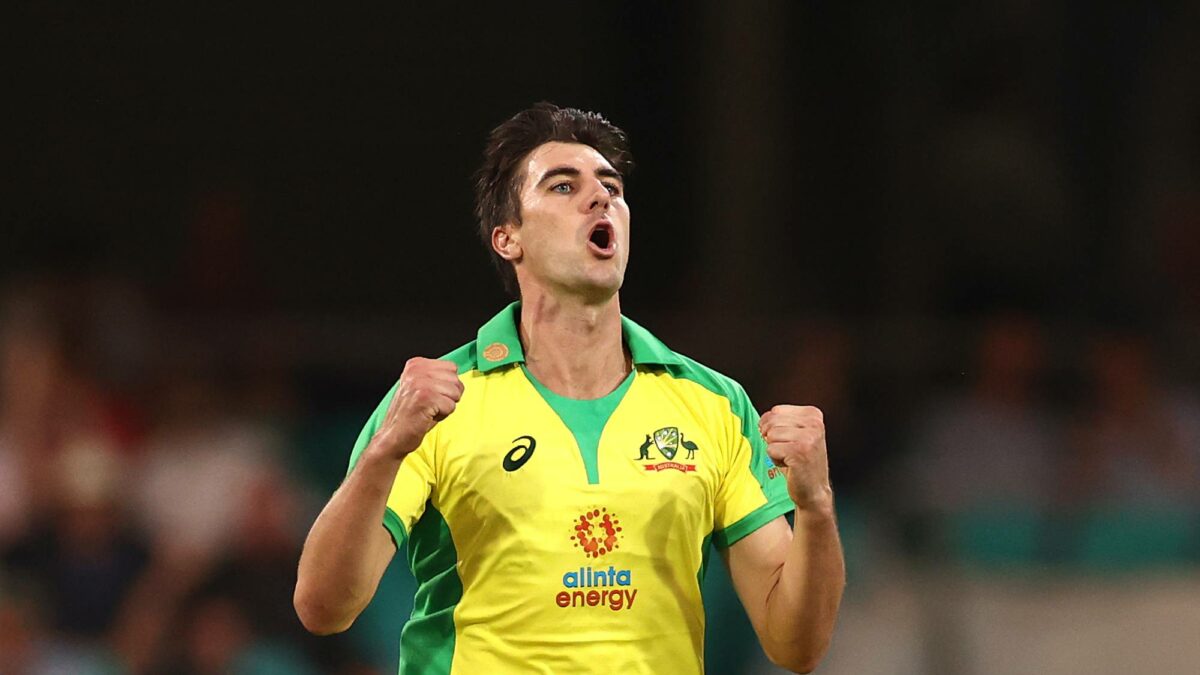 Australia have surrendered one white-ball crown and their chances of regaining the ODI World Cup hinge on finding the right personnel well before next year’s tournament in India.

Now that the dust is settling on their T20 title surrender on home soil, the Australian men’s side has 17 matches in less than 12 months to ensure they are legitimate contenders for the 50-over tournament.

After the late flurry of ins and outs to the team before the recent T20 tournament failure, it’s crucial they get the selections right as early as possible so their combinations can be bedded down well before the World Cup next October.

Winners of the Cup a record five times, they fell at the semi-final hurdle last time around in England three years ago and are fifth in the ICC rankings after a string of up-and-down results under Aaron Finch before he pulled the pin as skipper after the series against New Zealand at Cairns in September.

Pat Cummins has been handed the reins on top of the Test team, starting off with next week’s three-game home series against England. 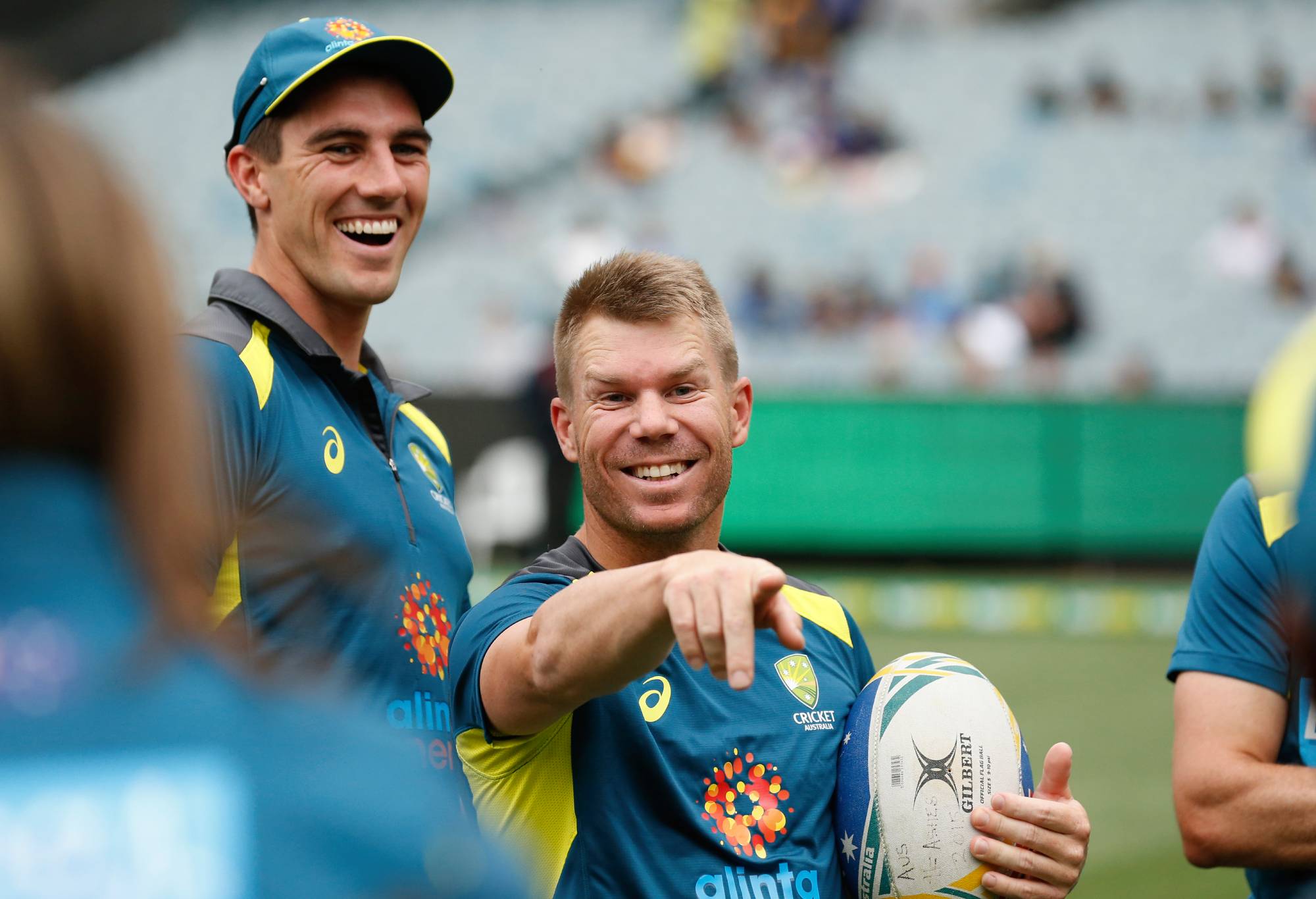 With no T20 internationals on the agenda for the men’s team until next August, the white-ball focus is squarely on improving the ODI side’s flagging fortunes.

Recent form suggests Australia are staring down the barrel of failing to qualify for back-to-back World Cup finals for the first time since 1983.

Australia’s 3-0 series win over the Black Caps and a 2-1 triumph over Zimbabwe in the Top End will count for little in the grand scheme of things.

The 2-1 series loss in Pakistan earlier this year as well as the 3-2 defeat in Sri Lanka are more indicative of Australia’s chances of taking out the main trophy on the subcontinent.

Everything needs to be geared towards finding players who can succeed on Indian pitches which through the rise of the IPL are not the dustbowls of yesteryear but still favour a second spinner as well as ideally a third option among the all-rounders. Adam Zampa is a lock to be Australia’s frontline spinner and Ashton Agar should be given every opportunity to be his comrade.

The selectors have already tried Queenslander Matt Kuhnemann with four matches in Sri Lanka where he made an encouraging start to his ODI career with six wickets at 31.83 at five runs per over.

Although as a fellow left-arm orthodox option, he would be behind Agar in the pecking order.

Victoria’s Todd Murphy and South Australia’s Ben Manenti are two off-spinners who have done well at domestic level this summer. Murphy, very young for a spinner at 21, was given a go with Australia A on their Sri Lankan tour earlier this year so he is definitely in the selection panel’s thoughts.

Veteran all-rounder Glenn Maxwell is always on hand to be the second or third spin option and his darting off breaks can be hard to get away on low decks.

Cummins has indicated he won’t play every ODI match or series for that matter as he manages his workload. His T20 form has been modest lately to the point where Ricky Ponting was questioning his spot in the team and in the ODI arena he hasn’t been setting the world on fire either.

Mitchell Starc and Josh Hazlewood are still elite performers but Australia paid the price for relying solely on their big three in the T20 arena so other fast bowlers need to be tried out. 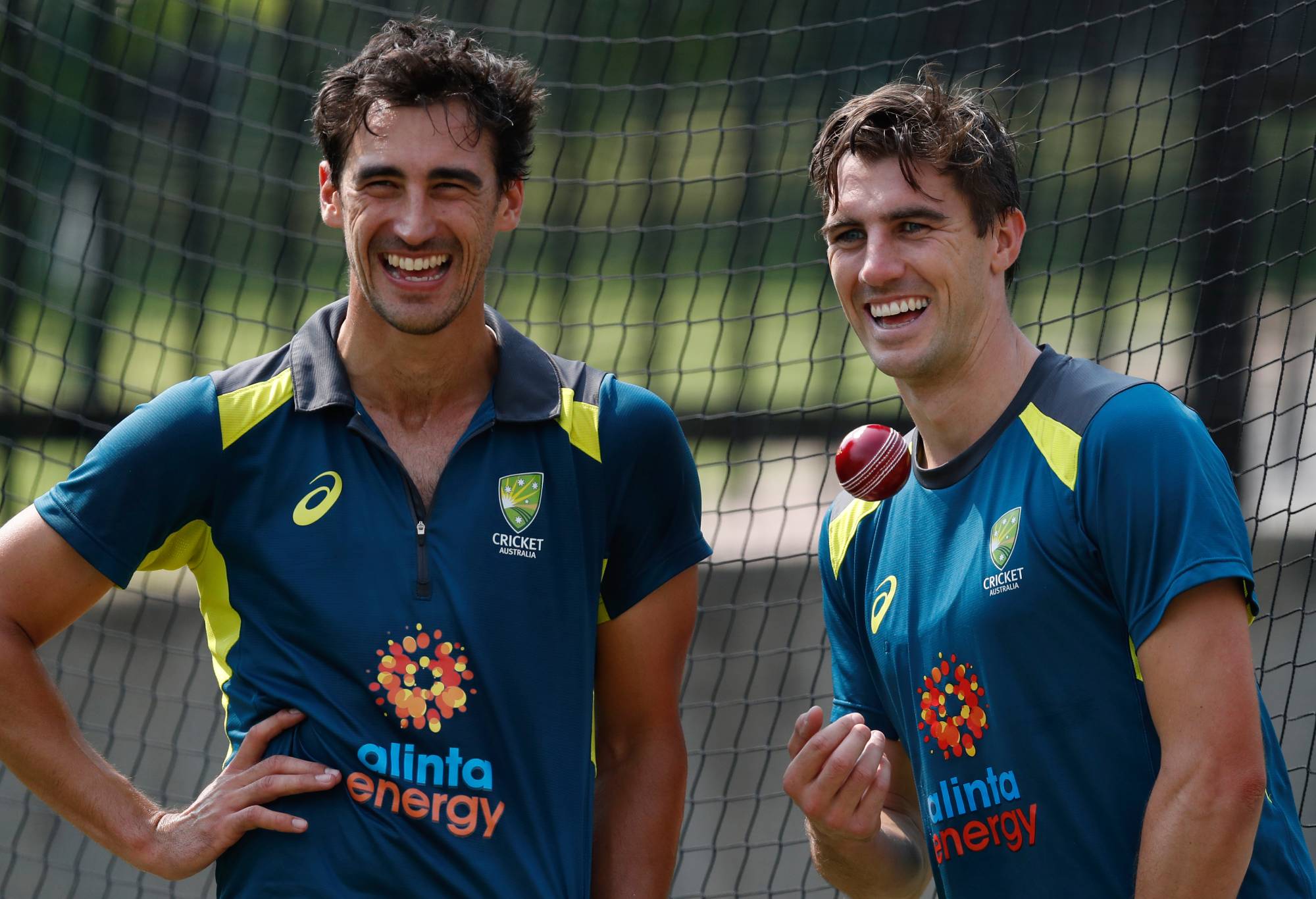 Starc’s swing tends to be better suited to India’s pitches than Hazlewood’s reliance on seam and bounce.

Jhye Richardson is over his shoulder injury woes and should be able to duplicate Starc’s subcontinental impact. He destroyed NSW with 4-24 in his only Marsh Cup appearance this summer for Western Australia.

Nathan Ellis has been given just three matches in the green and gold in the ODI arena and needs to be afforded more opportunities to showcase his clever change-ups against the world’s best batters while Tasmanian seamer Riley Meredith, NSW stalwart Sean Abbott and Richardson’s West Australian teammate Jason Behrendorff have also been performing well in the state ranks to be knocking on the door of the national side.

This is the one area where Australia seem settled and well stocked. Alex Carey has delivered consistently in the 50-over format while Josh Inglis is capable of filling in with the gloves or forcing his way into the team as a specialist batter. 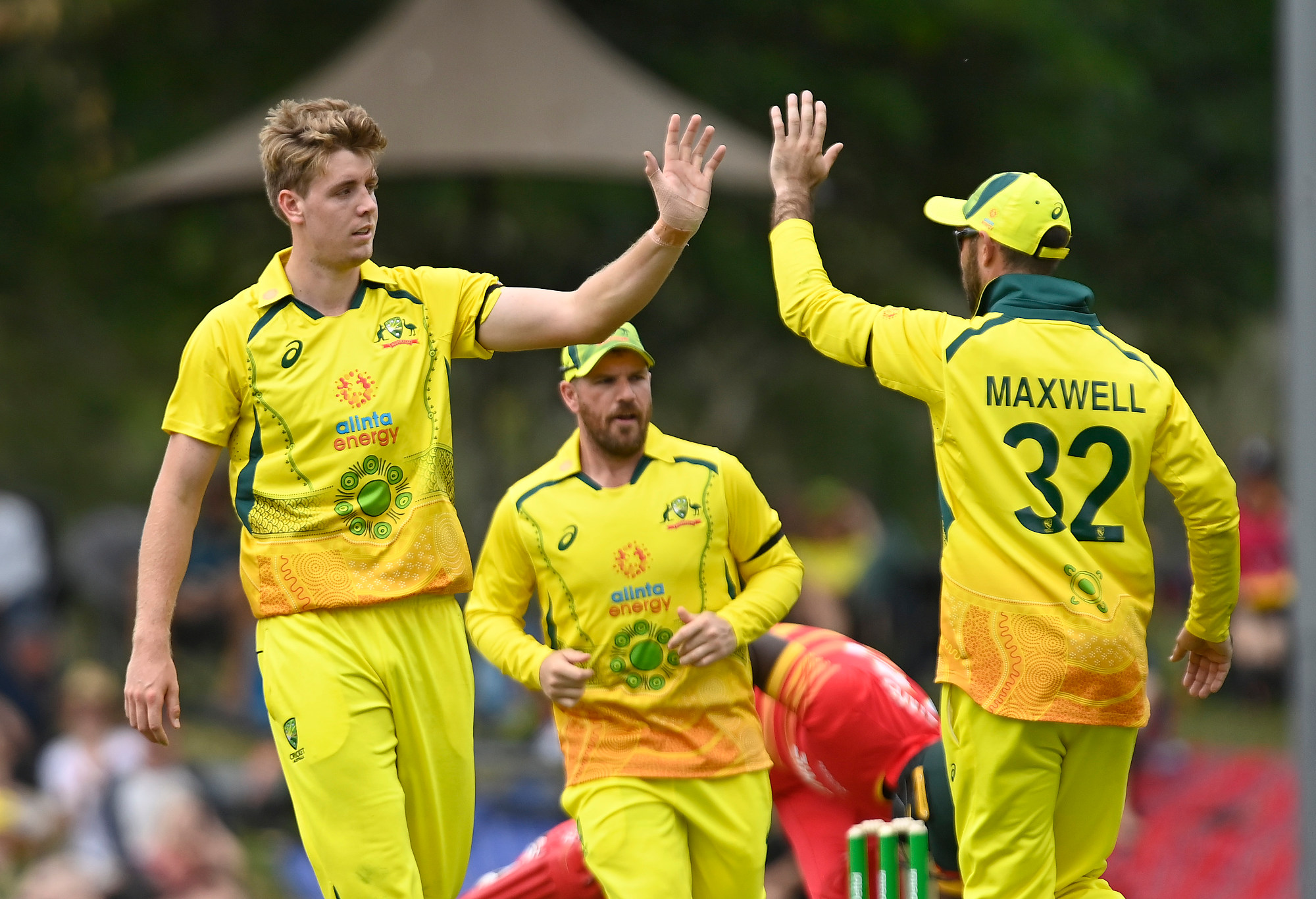 Cameron Green has shown more than enough in 12 ODIs to suggest Australia can build their ODI side around his considerable strengths as a middle-order batter and frontline bowler. He’s scored 270 runs at 54 and taken 11 wickets at 25.81, including a haul of 5-33 against Zimbabwe.

Mitch Marsh and Marcus Stoinis have struggled to stay on the field due to various injuries and it wouldn’t be a surprise if the selectors move on from them with Green a younger and more reliable option.

With Green in the side, Australia can choose four frontline bowlers – including two spinners – with the young West Australian the ideal first change option. And Maxwell can then operate as the third spinner/sixth bowler who is not under pressure to bowl the full 10-over allotment.

He has only scored one of his 18 centuries in the past three years so the recently turned 36-year-old is no longer an automatic selection and needs to perform between now and the World Cup to show he’s worth another crusade.

“I think Travis Head will get some opportunities with the retirement of Aaron Finch,” McDonald said on Sunday in his T20 World Cup post-mortem. 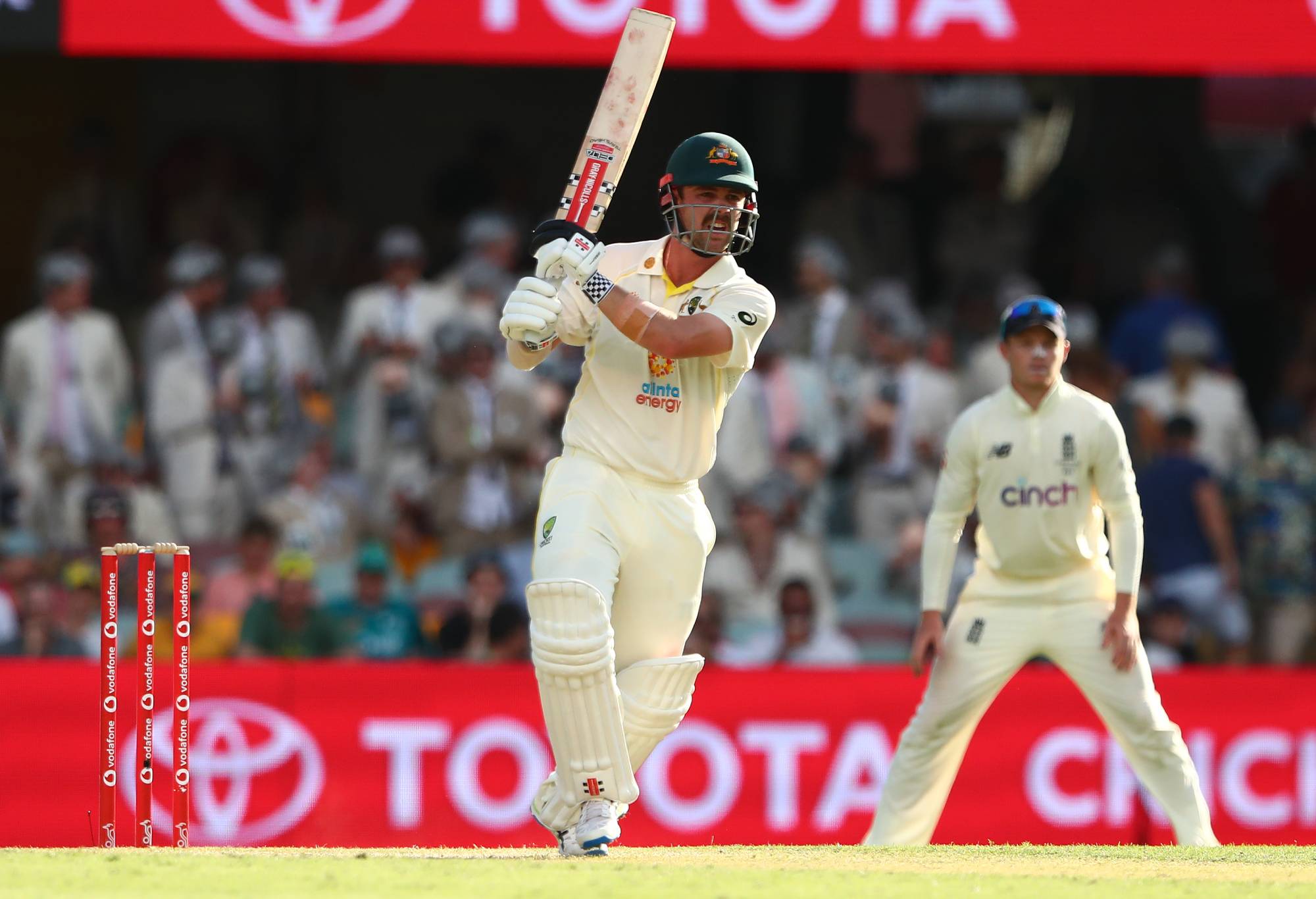 “We’re excited to see what he can do in one-day cricket. We saw how he went in Pakistan against a world-class attack, he was able to take them on and his one-day domestic record is second to none.

Head registered 101 and 89 while filling in for Warner in the ODI series in Pakistan. The 28-year-old has been in and out of the Australian team in all three formats for six years and is yet to totally lock down a spot in any of them so there’s an element of risk in his selection.

At least the selectors have a lengthy runway for Head to prove his worth or for them to realise he’s not the answer and give someone else a try as an opener.

Josh Philippe, yet another in-form West Australian, is the leading Marsh Cup run-scorer with 291 at 97, striking at 101.74, so he’s surely also in contention for a spot at the top of the order.

Steve Smith has hit four centuries in 18 ODIs over the past three years and averages 42.47 in Asia so he’s a certainty to be first drop.

Australia’s selectors seem keen to make Marnus Labuschagne an ODI regular but he has made just one hundred from 24 matches, has averaged a pretty average 31.91 at a strike rate of 82.84 without hitting a six. He’s better suited to the Test arena.

Assuming Maxwell and Green are in the side barring injuries, the other middle-order options are likely to come down to a race between Marsh, Stoinis, Inglis, Ben McDermott and Tasmanian teammate Jake Doran, who looms as a wildcard after hitting two tons on the domestic 50-over scene this summer.