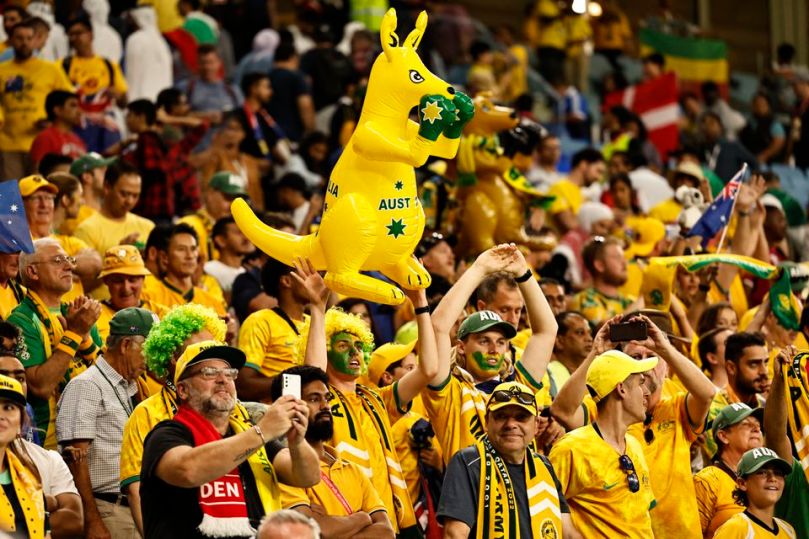 Thousands gathered at Melbourne’s Fed Square in the middle of the night to watch Australia’s 1-0 upset of Denmark on a big screen, and were left dancing in the smoky light of flares as the Socceroos set up a last 16 clash against Argentina.

Arnold’s team matched the side who made the last 16 at the 2006 World Cup in Germany but with a squad lacking the pedigree of the players from 16 years ago who came to be known as Australia’s “golden generation”.

“Tell your kids. Tell your loved ones. Tell your mates. Whisper it, yell it, scream it, put it on a T-shirt and wear it to bed. Hard work gets you places,” Australian soccer pundit Adam Peacock wrote on the Herald Sun newspaper’s website.

Saudi Arabians enjoyed a national holiday to celebrate upsetting Argentina last week, and a picture of a Socceroos fan holding up a sign saying, “Give us a public holiday”, was widely shared on social media.

“Do I need to ask (Prime Minister) Anthony Albanese again to give the people a day off to celebrate?” Arnold said.

“I think there’ll be some hangovers (around the country) and some joy in the Australian team.”

Magnificent win by the @Socceroos #woohoo

“Magnificent win by the @Socceroos #woohoo,” Albanese tweeted soon after the result.

“From now until the end of time, it shall be referred to as ‘the Leckie Goal’,” Dean Bilton wrote for the Australian Broadcasting Corporation.

“Two words … when uttered will send all the emotions felt in that glorious moment stirring back to the surface.”

Australians will dare to dream of a first World Cup quarter-final even with the might of Lionel Messi and Argentina in the way.

“In fairness, Australia and Argentina have won the same amount of FIFA World Cups since 1987,” local journalist Ned Balme tweeted.

“They’re clearly scared of us.”