Aussie world No.6 Cam Smith LOSES IT and smashes his club as he misses the cut at the US Open – but two of his countrymen remain in the hunt

Reigning Players champ Cameron Smith will spend the weekend at home for the first time since April after losing his cool and snapping his wedge as he missed the cut at the US Open.

The Aussie star carded a four over par round on Friday, American time, to leave him  missing the cut by two shots in the second major of the year.

The Queenslander was wayward with his driver, missing fairways with snap hooks and miscalculating with his irons, giving himself a mountain of work to do in steep bunkers when the wheels fell off on the par-four 15th.

Smith was fuming after he failed to find the green on his bunker shot, repeatedly smashing his wedge against the ground, with the shaft snapping on the third blow. 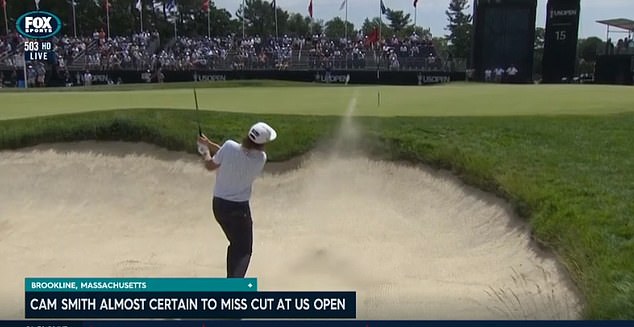 Smith left his bunker shot short, as his ball rolled into the thick rough beside the par-4 15th where he escaped with bogey

Luckily, the 28-year-old managed to scrape in with a bogey five from a crafty shot with his gap wedge, but a birdie on the following hole was not enough to keep the world No.6 in the hunt.

The mullet man struggled to get hot at the US Open, where he missed the cut in 2021 as he finished five over par.

While not a typically aggressive golfer when shots don’t go to plan, it isn’t the first time Smith has taken his anger out on his clubs at the event. 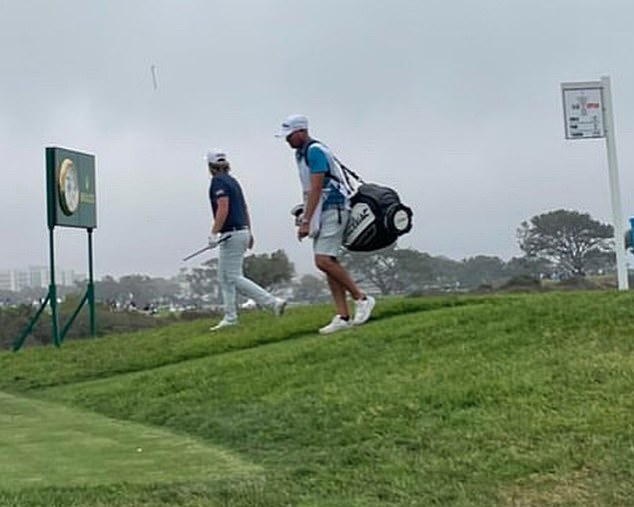 Smith launches a snapped club into the Torrey Pines woods at last year’s US Open, where he also missed the cut

Last year he flew into a rage after a disappointing triple bogey, breaking his iron in half and launching one piece deep into the woods of the Torrey Pines course in California.

The Queenslander – who was boosted by a $3.6million payday for winning the unofficial fifth major back in January – had said he liked his chances at the Country Club course in Massachusetts.

‘I love it. It’s probably my favorite US Open venue I’ve been to,’ Smith said.

‘I would like to think that my game has progressed where I can compete on most golf courses. I just need to hit some more fairways.’

Smith’s shape off the tee with driver has been his most concerning shot throughout the past few years. 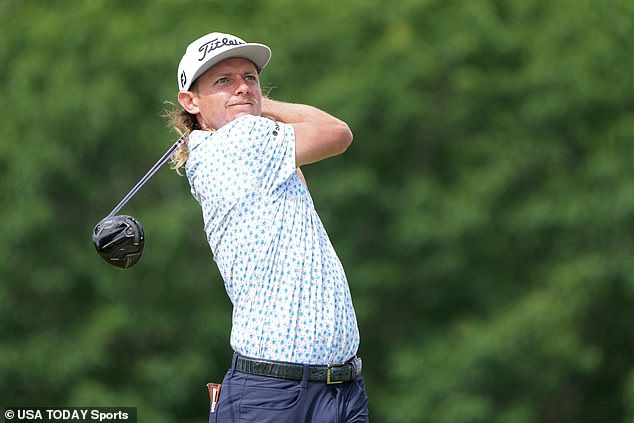 Smith has struggled to find consistency with his driver, hitting snap hooks and slices – he missed the fairway at the PGA championship back in May, with his ball striking the head of American golfer Aaron Wise

A toed drive of Smith’s missed the fairway at the PGA championship back in May and struck the head of American golfer Aaron Wise, who was lucky to escape with just a headache.

Adam Scott and Marc Leishman are the two highest-ranked Aussies going into the weekend at the US Open.

Collin Morikawa holds the lead at five under going into round three of the $17.5million major.