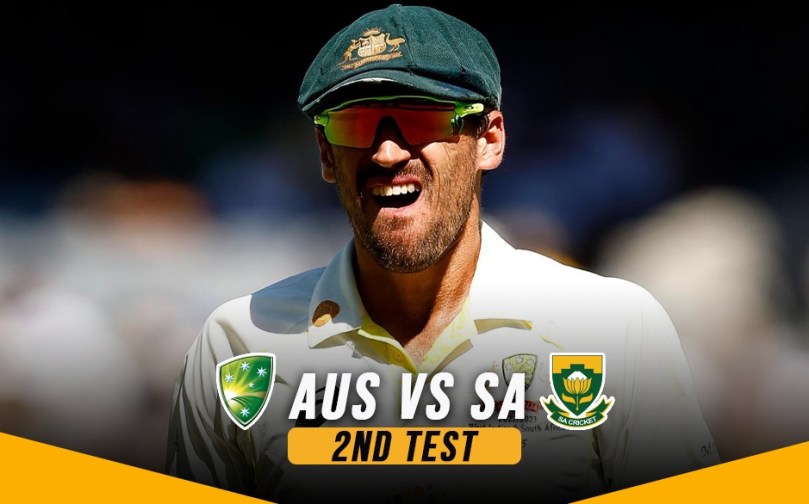 AUS vs SA 2nd Test: In a big blow for Australia, express pacer Mitchell Starc sustained a finger injury and is doubtful…

AUS vs SA 2nd Test: In a big blow for Australia, express pacer Mitchell Starc sustained a finger injury and is doubtful for the remainder of the second Test against South Africa. The lanky left-arm pacer injured his finger in an attempt to catch the ball while fielding at long-on on Day 1 of the Boxing Day Test match. Follow AUS vs SA Live & WTC Live updates with InsideSport.IN

Starc got hit on his middle finger while looking to take a catch off Nathan Lyon’s bowling when he was stationed at long-on. The ball brushed his finger before going towards the boundary. He was then taken off the field, but later returned to the ground. However, he did not bowl in the remainder of the innings. Meanwhile, Lyon gave an update on Starc’s injury.

“Not ideal, I don’t think. He’s popped off for a scan now. Fingers crossed we can get the best possible result with his scan. I don’t know what he’s technically done, but it doesn’t look the greatest,” Lyon told cricket.com.au after play.

“He went out the back and tried to bowl, but I think it (felt) a bit different to be honest. Unfortunately, injuries are part of the game…all we can hope for is he gets the best possible result with the scan – he’s there as we speak,” he added.

Cricket Australia initially indicated no dislocation for Mitchell Starc, if true the main concern here is mallet finger (tendon tear on top of the finger). One of the more common causes of the tip of the finger bending like that. Hope that’s not the casepic.twitter.com/V6a8WDKCO9

Australia in command in the second Test

After opting to bowl first at the iconic MCG, the home side bowled out South Africa for just 189 runs. Green completed a five-wicket haul with Starc also taking two wickets. For Africa, Marco Jansen and Kyle Verreynne stroked fifties with the bat. In reply, Australia 45/1 with David Warner and Marnus Labuschagne at the crease for the home team.