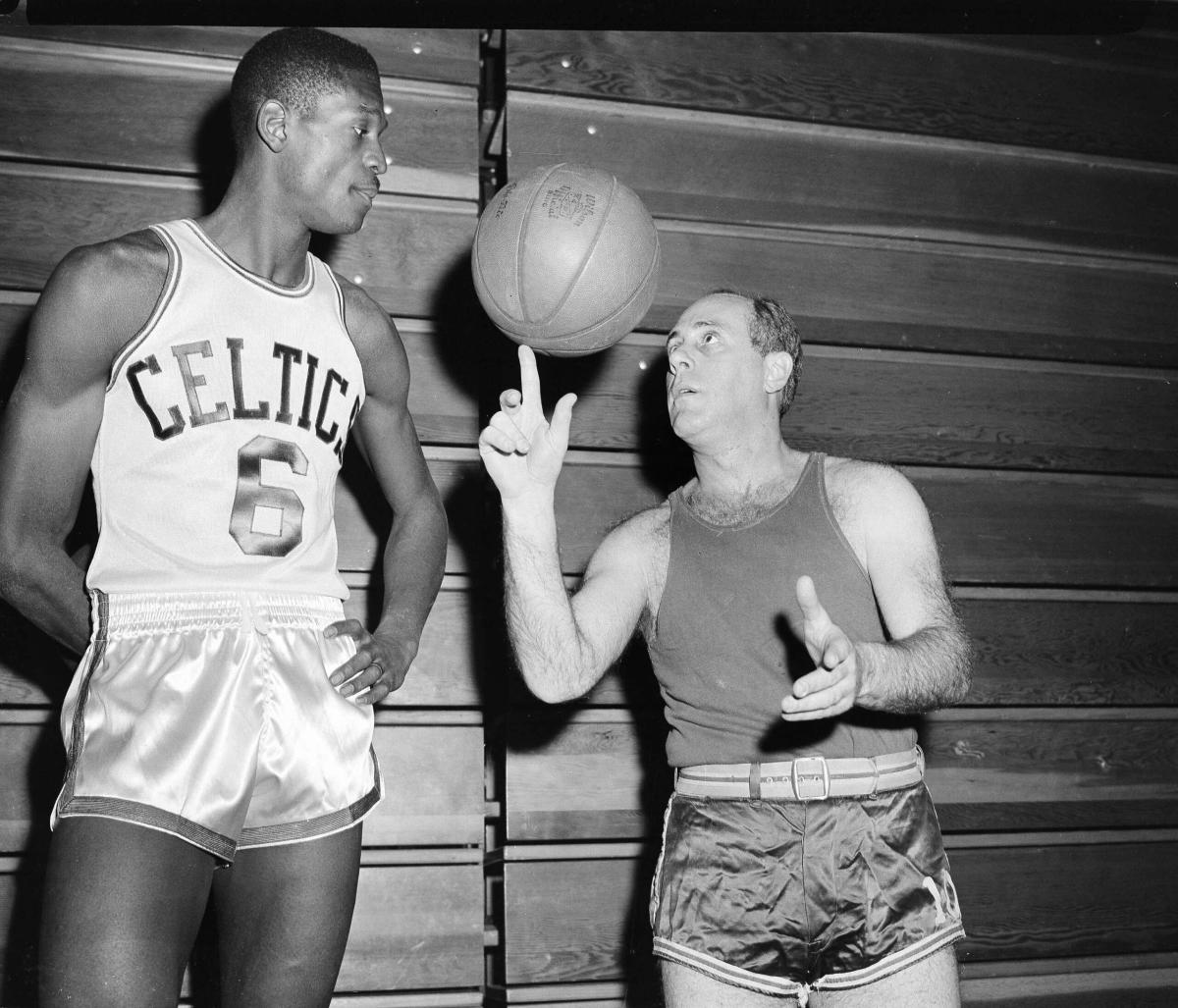 On this day in Boston Celtics history, Hall of Fame coach and general manager Arnold “Red” Auerbach coached his first regular-season game with the storied franchise. Recently hired by the team’s owner Walter Brown on the advice of local sports journalists after stints coaching with the Tri-Cities Blackhawks (now, Atlanta Hawks), the defunct Washington Capitols NBA franchise, and — as an assistant coach at the college level — the Duke Blue Devils.

The game was thankfully not auspicious for the Boston icon’s future with the team in the coming years, with Auerbach’s Celtics falling 107-84 to the (then) Fort Wayne (Indiana) Pistons (who are now based in Detroit).

Auerbach was not the only Celtics legend making his debut that day.

The game would be the NBA debut of Celtics Hall of Fame point guard luminary Bob Cousy, who logged 16 points, 7 rebounds, and an uncharacteristic zero assists.

He shot a pedestrian 4-of-10 from the floor but a very good 8-of-8 night at the free-throw line. The Holy Cross product wasn’t the only Hall of Famer debuting in that game as a player, either.

It was also the debut of Hall of Fame forward Chuck Cooper, the first Black player drafted in NBA and team history.

The former Duquesne standout put up 9 points and 2 boards in the loss, hitting a healthy 3-of-6 from the field and a perfect 3-of-3 from the stripe.

56 years later, another Celtics icon made his debut, point guard Rajon Rondo in a 91-87 loss to the (then) New Orleans/Oklahoma City Hornets (now Charlotte, but at that time they were housed in Oklahoma after Hurricane Katrina).

The former Wildcat logged 6 points, 4 rebounds, and 3 assists in 22:30 minutes of floor time, going 2-of-6 from the floor and a slightly concerning 2-of-4 from the charity stripe.

A decade before that, former fan favorite Boston forward Antoine Walker played his first game for the Celtics in a 107-98 loss to Michael Jordan’s Chicago Bulls.

Former Boston Forward Rick Fox debuted on the same date in 1991, in a 111-108 win over the Charlotte Hornets.

The North Carolina product logged 13 points, 2 boards, an assist, and a steal over 21 minutes of game time, shooting 4-of-8 overall, and 5-of-7 from the line.

Finally, three former Celtics players and a team president share today as a birthday. Big man Eric Fernsten was born today in 1953 in Oakland, California, a product of the University of San Francisco.

He shares that birthday with former Celtic power forward Clarence Glover, who came into this world in 1947 in Horse Cave, Kentucky.

Ex-Boston forward Marcus Landry was also born on this date in 1985 in Milwaukee, Wisconsin.

The Wisconsinite played a single game for the Celtics in the 2009-10 season after being dealt to the team with guard Nate Robinson for J.R. Giddens, Eddie House, Henry Walker, and draft assets in February of 2010. He recorded no counting stats in 3 minutes of play.

Adams had been chairman and chief executive officer of National Equities Inc. when it purchased the Celtics in 1967 and became team president for the year his firm owned the team.