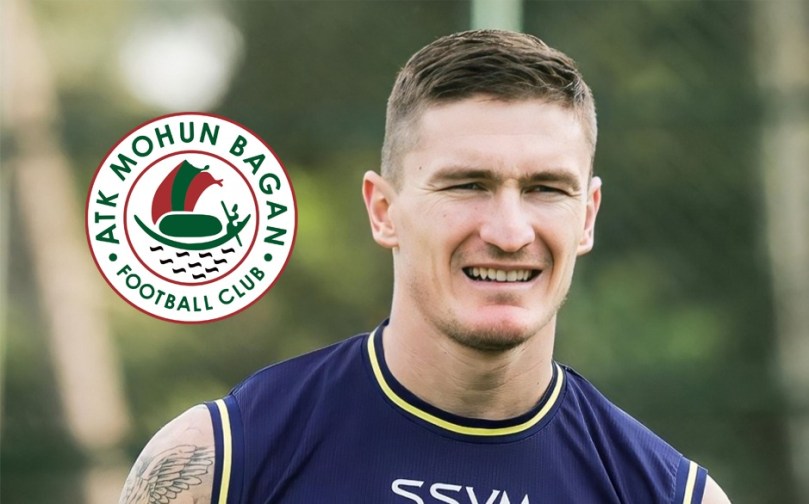 He joins the Mariners from Serbian club Novi Pazar. With ATK Mohun Bagan’s squad being ravaged by injuries this season, the Mariners will hope that the addition of Damjanovic will add solidity to their backline.

See also  Manchester United: Daley Blind says Erik ten Hag WILL be a success at Old Trafford if he is backed

The Serbian Wall is here! 💚♥️

ATK Mohun Bagan were in desperate need of a foreign centre-back following injuries to Tiri and Florentin Pogba, and therefore, Damjanovic is a great signing with plenty of experience his nine-year long career as a professional footballer. The 6 feet 2′ centre-back has experience in both the AFC Champions League and the Europa League, in addition to the Hero ISL, and offers an aeriel threat through set pieces.

In the 2012–13 Serbian League season, the defender started his professional career with FK Spartak Subotica. Damjanovic has also played for clubs in South Africa, Uzbekistan, and Hungary. Following a five-year absence in Serbia, he rejoined FK TSC Backa Topola in 2020–21 and made 11 appearances while also scoring one goal.

Damjanovic participated in the Hero ISL 2021–2022 on 19 occasions for Chennaiyin FC. In 1666 minutes of action in the Hero ISL last season, he recorded 40 tackles, 89 clearances, and 43 blocks. In an underwhelming Chennaiyin FC defence that allowed 35 goals in 20 games, Damjanovic was the lone bright spot. He only missed one game against the Kerala Blasters FC during the previous season.

After his time in India, Damjanovic returned to Serbia and signed with Novi Pazar, a team that plays in the Serbian SuperLiga, the first division in the country. Damjanovic also had a significant impact on Buducnost Podgorica’s fourth Montenegrin League championship in 2019–20, and he also appeared in those team’s Europa League qualifying games.

After 10 games, ATK Mohun Bagan are presently third in the Hero ISL points standings. With 20 points, there are four points behind league leaders Mumbai City FC.