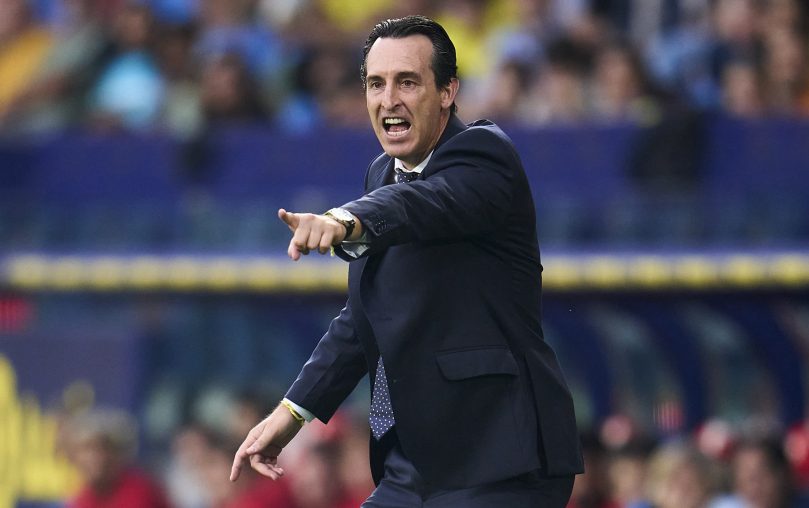 Villa sacked Gerrard last Thursday after the Midlands club had collected just nine points from 11 games this season. Aaron Danks was appointed caretaker boss and Villa beat Brentford 4-0 over the weekend in his first game in charge.

“Aston Villa is delighted to announce the appointment of Unai Emery as the club’s new head coach,” Villa said in a statement. “Unai will take over from November 1st after his work permit formalities are completed.”

Spanish media reported that Villa paid the release clause to Spanish club Villarreal to get Emery’s signature. Emery’s previous job in England was to replace long-serving Arsenal manager Arsene Wenger in 2018 but he lasted only 18 months at the North London club before he was sacked

But while he failed to reverse a decline in Arsenal’s fortunes, the 50-year-old has a proven track record of getting Spanish teams into the Champions League, finishing third in LaLiga three times with Valencia.

Aston Villa is delighted to announce the appointment of Unai Emery as the club’s new Head Coach. 🟣

However, his biggest claim to fame is a superb record in the Europa League, lifting the trophy three times with Sevilla and once with Villarreal to hold the record for most titles won by a manager in that competition.

Under Emery, Villarreal beat his former side Arsenal in the Europa League semi-finals last year before overcoming Manchester United on penalties in the final. He led Villarreal to the Champions League semi-finals earlier this year where they lost to Liverpool. EMERY FAREWELL A Villarreal statement said Emery had “unilaterally terminated his contract” and would hold a farewell news conference on Tuesday

“Emery has gone down in Villarreal history as the first coach to win a title with the club, the Europa League, as well as the historic feat of reaching the Champions League semi-finals last season.

“Villarreal would like to thank Unai Emery for the work he has done and wish him the best of luck in his career.” Villarreal said the club’s director of football Miguel Angel Tena would take over on an interim basis.

Emery will be joining a Villa side who are 14th in the standings with 12 points, although because of work permit regulations he will not officially take over until Nov. 1. The club face a tough trip to fourth-placed Newcastle United on Saturday while Emery’s first time in the dugout will be against Manchester United on Nov. 6 at Villa Park.