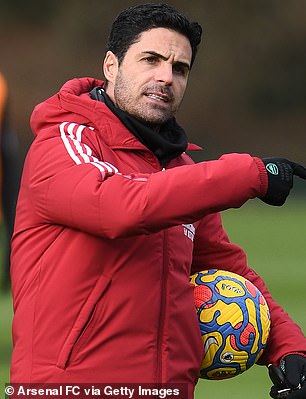 Mikel Arteta insists Arsenal were ‘brave’ to not sign a replacement for Pierre-Emerick Aubameyang in the January transfer window.

Aubameyang, 32, was allowed to leave the Emirates and join Barcelona on a free transfer in January after losing his place in the squad due to a number of disciplinary problems.

Yet to the surprise of many, Gunners chiefs decided against signing a new striker to replace the Gabon international, who has already scored five goals in his first six games for Barca. 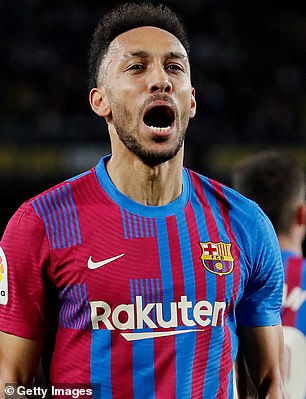 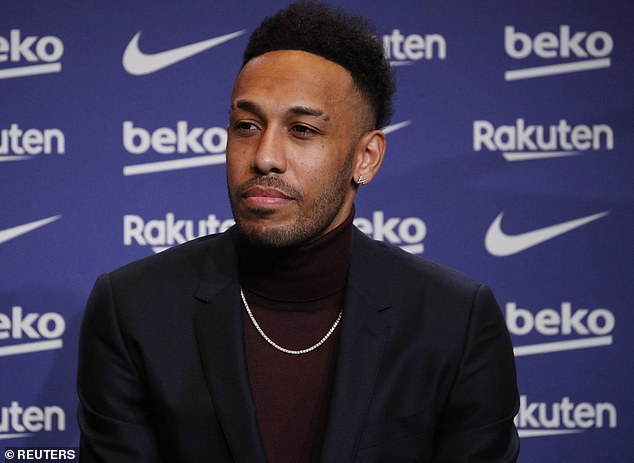 That came as a major concern to Arsenal supporters given Alexandre Lacazette and youngster Eddie Nketiah, with only three Premier League goals between them at the time, are now their only remaining centre-forwards.

However, Arteta says the club chose not to replace Aubameyang because they want to have ‘courage and consistency’ in their decisions.

‘We always make decisions in the best interests of the club and to get the best performances from the team,’ he told Sky Sports. 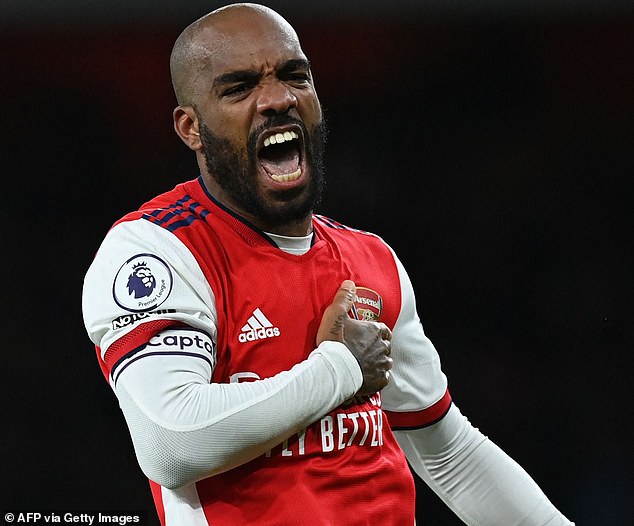 ‘We made that decision as three parties. One was the club, one was Auba and the other was Barcelona. The three of us believed it was the right thing to do.’

When asked about the thinking behind not signing a replacement, a move which angered Arsenal fans, Arteta added: ‘That was a possibility but I think when you have a clear direction and process of how you make your decisions, you have to be ruthless.

‘You have to have a certain courage and consistency in those decisions. If one decision is to only bring in players we can afford, who are going to make the team much better straight away, and who are sustainable for our future, then that should be the case. 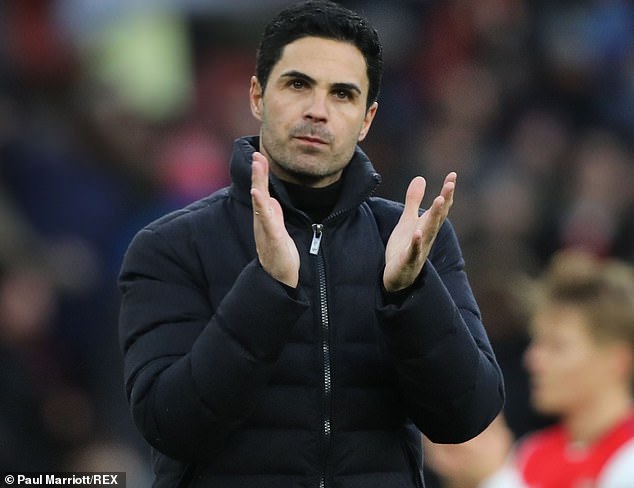 ‘So, even if you are tempted to do something, but you think it’s going to bring you trouble in the coming months or years, you should not do it. I think we were brave not to do it.

‘We did what we had to do and what was our responsibility as people who are managing this football club.

‘But whether it was good or not, we will only know at the end of the season – and it will depend on whether we have won enough matches.’