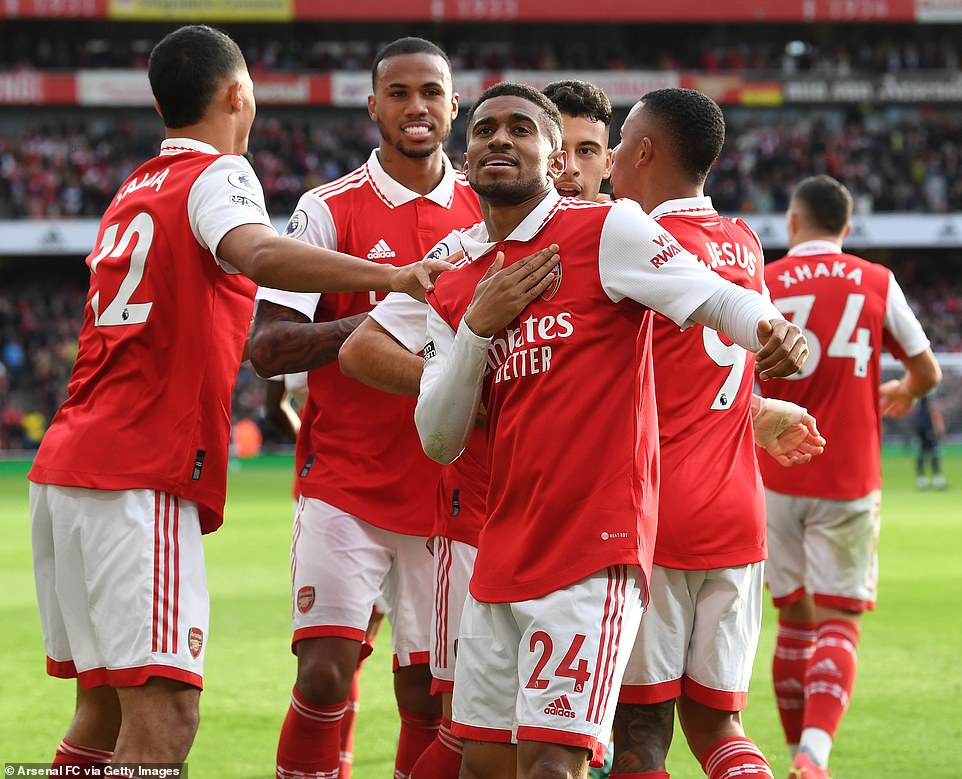 There were two years and 107 days between Reiss Nelson’s first league goal for Arsenal and his second. And three minutes and one second between Nelson’s league goals number two and three.

Now that’s what you call a response – and so was this. Arsenal dropped two points at Southampton last Sunday, were beaten by PSV Eindhoven in the Europa League on Thursday, lost their place at the top of the table to Manchester City on Saturday – and then, what a comeback.

The perfect riposte, an emphatic home win and back on top within 24 hours. It is Chelsea, at Stamford Bridge, next which will be a test of more significance, but this was unequivocal and impressive, certainly given that Nottingham Forest’s last outing brought a win over Liverpool. 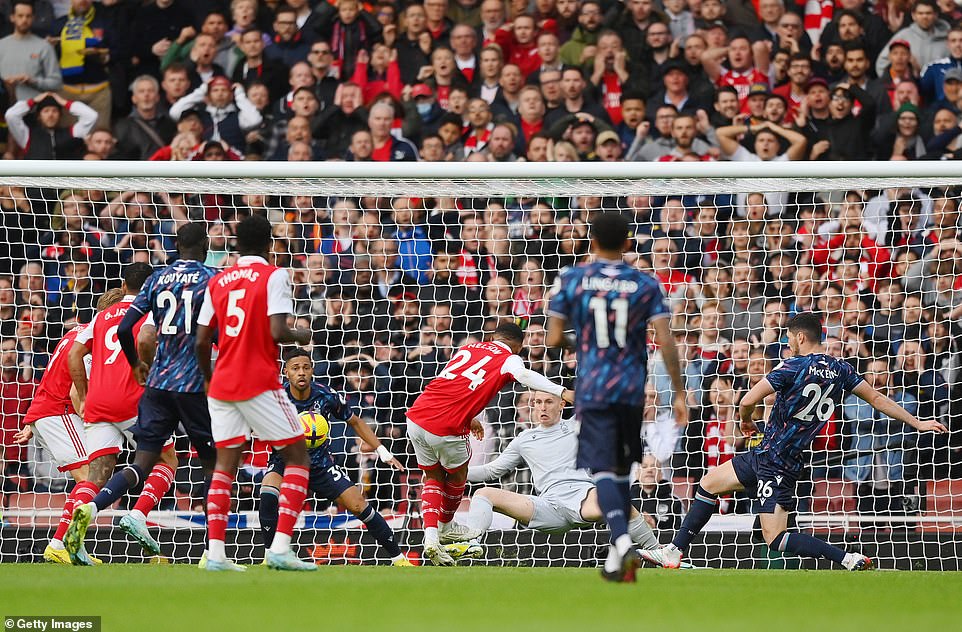 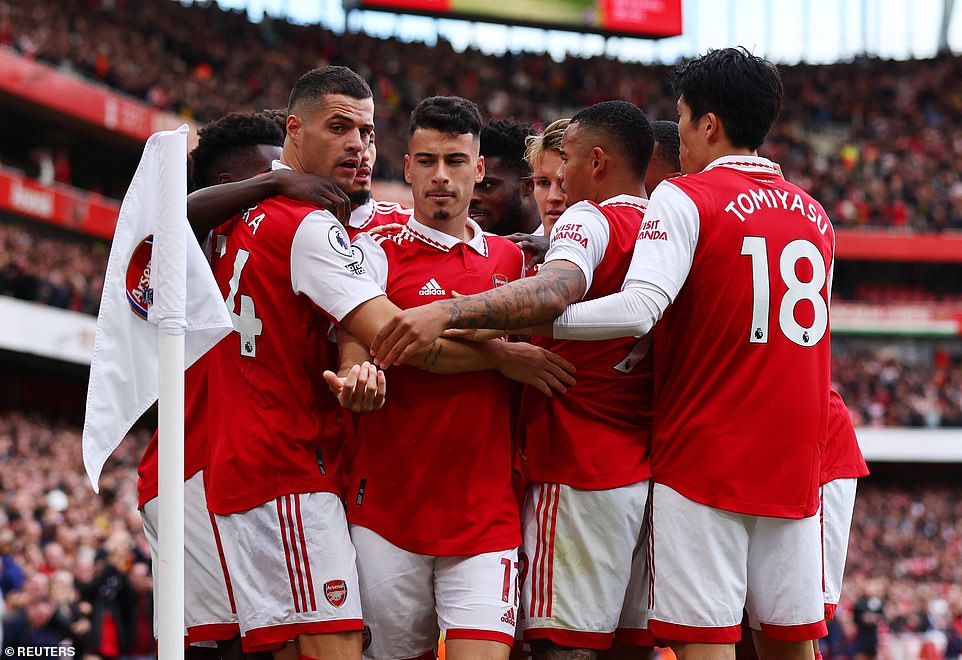 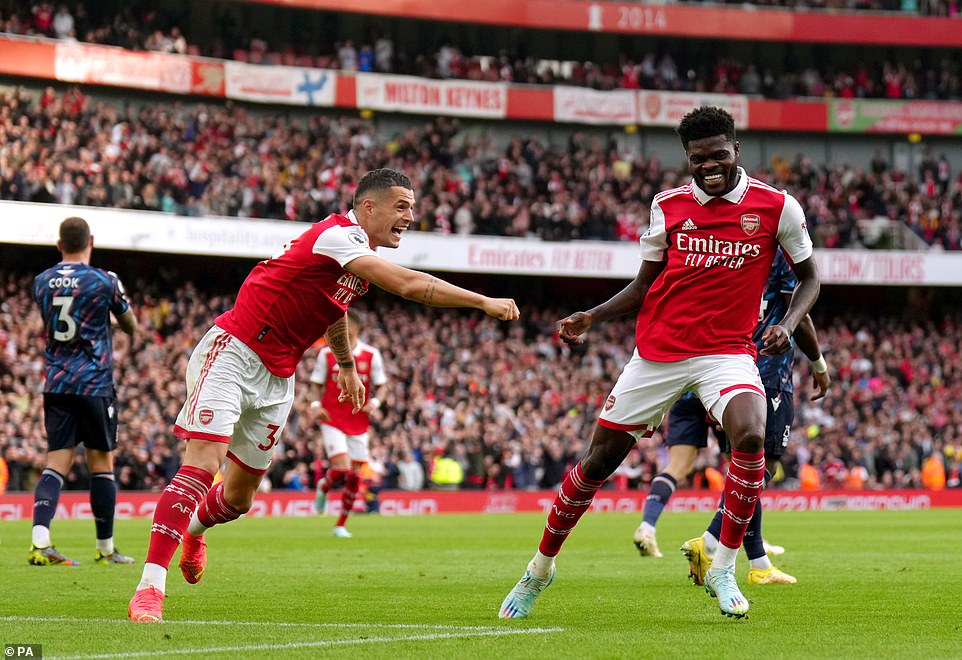 There was never going to be a repeat of that here, Forest so obviously second best from the moment the game started. They enjoyed a brief revival before half-time when Arsenal seemed affected by the loss of Bukayo Saka, but Nelson took the game away from them at the start of the second-half and, in the end, it could have been many more. Gabriel Jesus had a hand in three of the goals and probably could have scored the same number with better fortune. He last found the net on October 1 but, taking up the positions he does and with this service, more goals will come.

It did not matter on Sunday because Nelson was the unlikely man of the moment, on for the sadly stricken Saka, and scoring the back to back goals that removed Forest from the contest. Just 22, he is part of the clutch of impressive youngsters that have propelled Arsenal to the summit but, unlike Saka and Gabriel Martinelli, has been unable to claim a regular berth in the first-team. Spells with Hoffenheim in Germany and Feyenoord in Holland have broadened his football education however and he’d get in at any number of Premier League contemporaries; and certainly at lacklustre Forest, now bottom of the table with a goal difference of minus 20.

Credit Mikel Arteta too, though, for turning to Nelson when he lost Saka after 27 minutes. He could have played it safe, could have tightened up given Arsenal already led, but went like for like on young forwards and was rewarded. Nelson’s goals were both lovely finishes and set Arsenal up for a comfortable conclusion, allowing Arteta to rest tired legs and coast to referee Simon Hooper’s whistle. 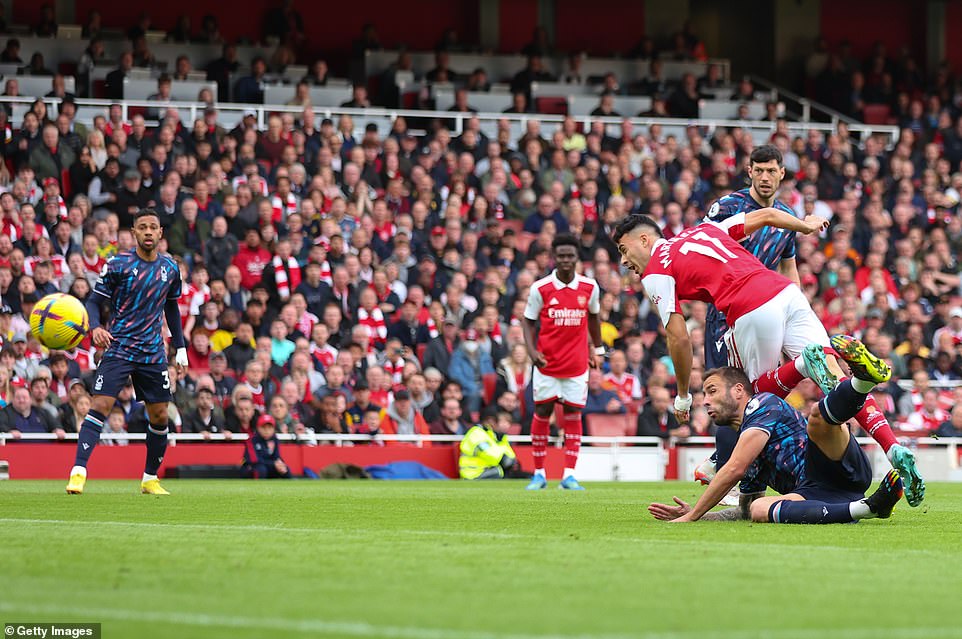 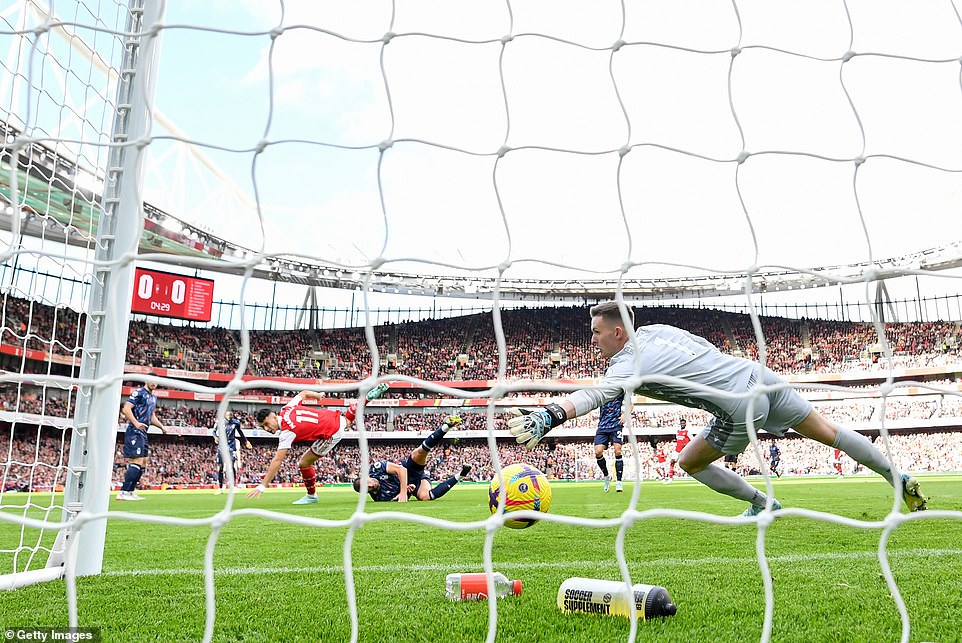 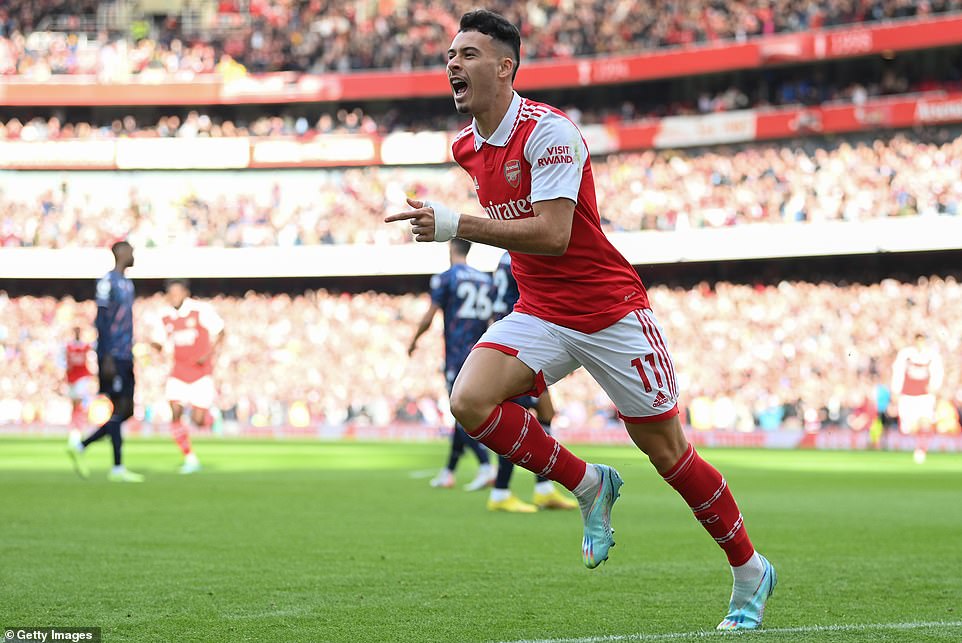 Four second-half goals in less than 30 minutes dispatched Forest, but Nelson’s two in three decided the game. For the first, five minutes after half-time, Granit Xhaka picked out Jesus who could have gone it alone but instead moved the ball smartly and generously to Nelson. His first shot brought a fine save from Dean Henderson but the rebound fell to his feet, and he angled his return shot into the far top corner, perfectly. Nimble feet, nimble brain – and his first league goal in an Arsenal shirt since scoring against Liverpool on July 15, 2020.

His next came from a set-up by Jesus again. Martin Odegaard laid the ball back to the striker and Jesus struck a low cross from the right, which Nelson attacked and turned in. Forest were done, and Arsenal set about giving their victory greater resonance.

For the fourth, Nelson laid the ball inside to Thomas Partey who struck a replica of his goal against Tottenham, a ferocious shot from outside the penalty area that left Henderson no chance. 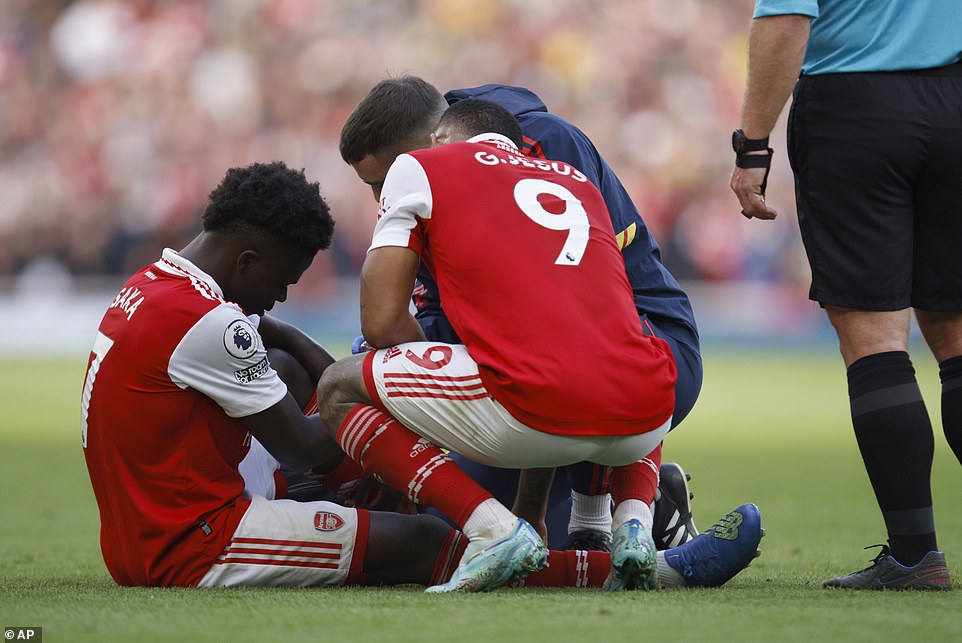 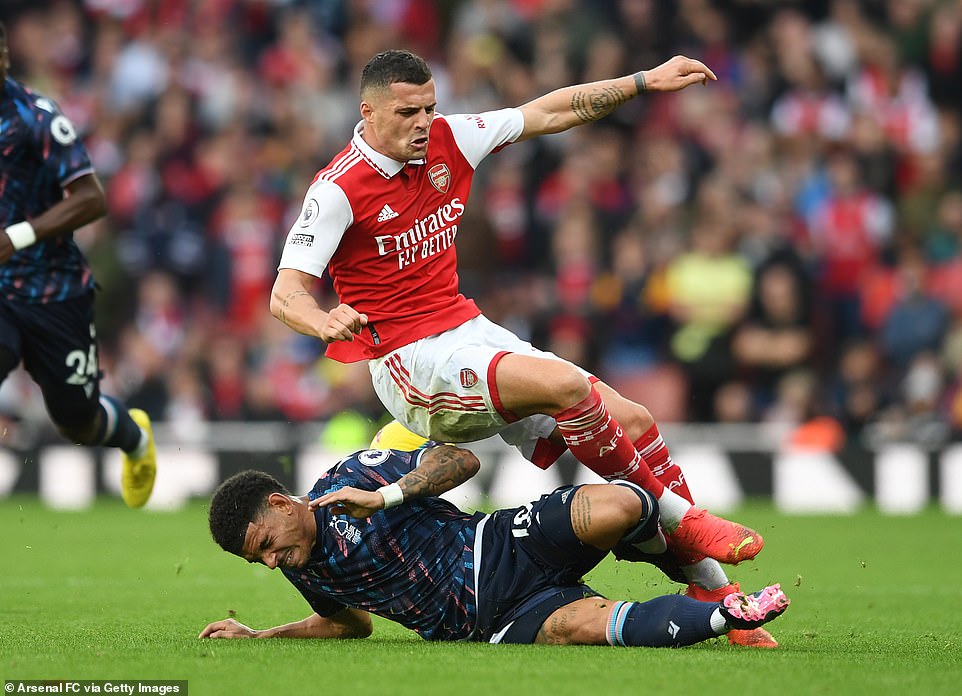 With 12 minutes remaining, Odegaard made it five. Partey passed to Jesus and he slipped another neat pass through to his captain who rounded off a fine win; with just a single dark cloud on the horizon.

It is becoming the leitmotif of this coming World Cup: the sight of a talented international footballer hobbling towards the touchline knowing FIFA’s stupid, unnecessary schedule gives him precious little time to recover from the injury sustained with just weeks to go.

On Sunday, it was the turn of the outstanding Saka. Central to everything good about Arsenal in the opening exchanges, he was clattered hard by defender Renan Lodl, perhaps for that reason, sustaining an injury to his foot and ankle. 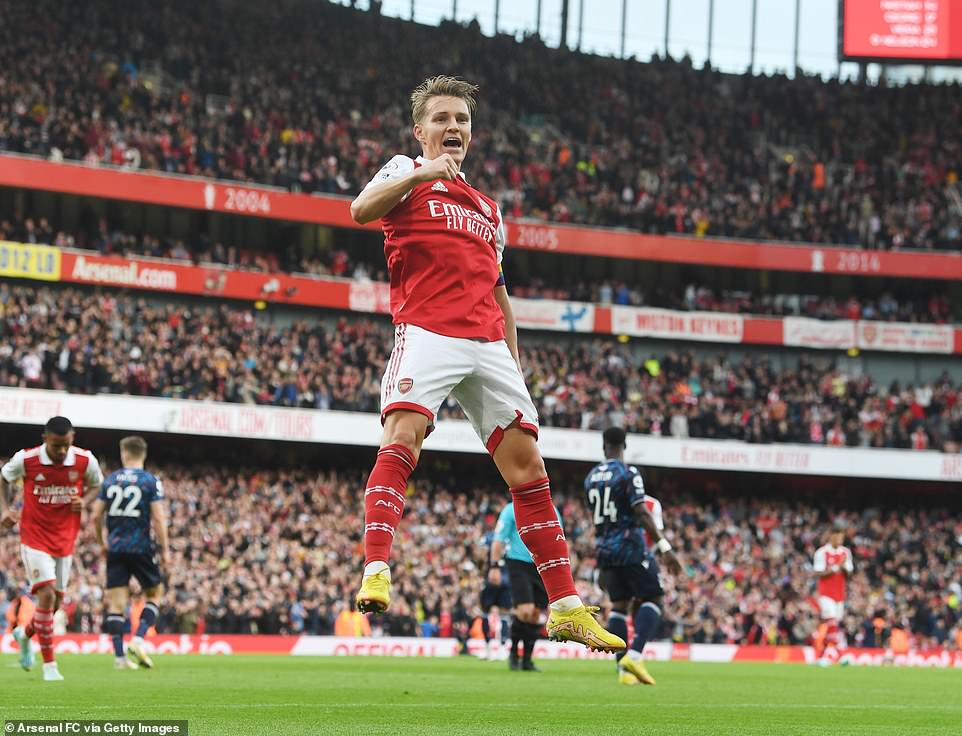 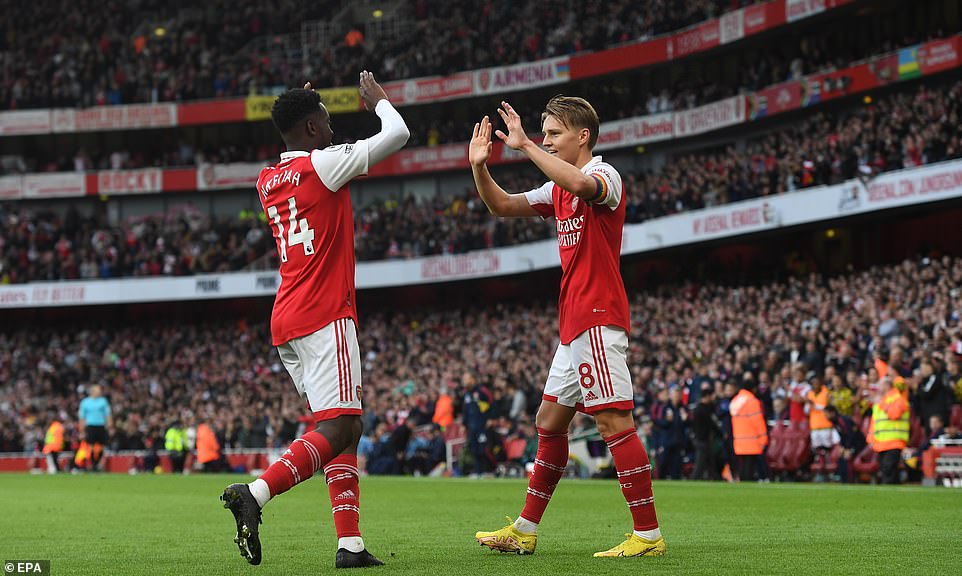 Saka tried to carry on, but required treatment. He limped to the touchline after but decided to persevere. Yet clearly something was wrong. Saka, who had tormented Forest for the first 11 minutes, creating one goal and two further chances, was no longer taking players on. Several times he got the ball, turned and gave a short pass back. Finally, he conceded the battle was lost, sat down on the pitch and called for treatment a second time. He couldn’t continue.

He began a slow walk to the tunnel, unwrapping sock ties and bandage supports as he went, clearly concerned. Players went over with sympathy, appreciation and support. It could be them, they all know that. It could be anyone.

Injuries are nothing against the deaths of migrant workers, obviously, but what a cursed competition this World Cup has become. And how shameful that FIFA have made it so. 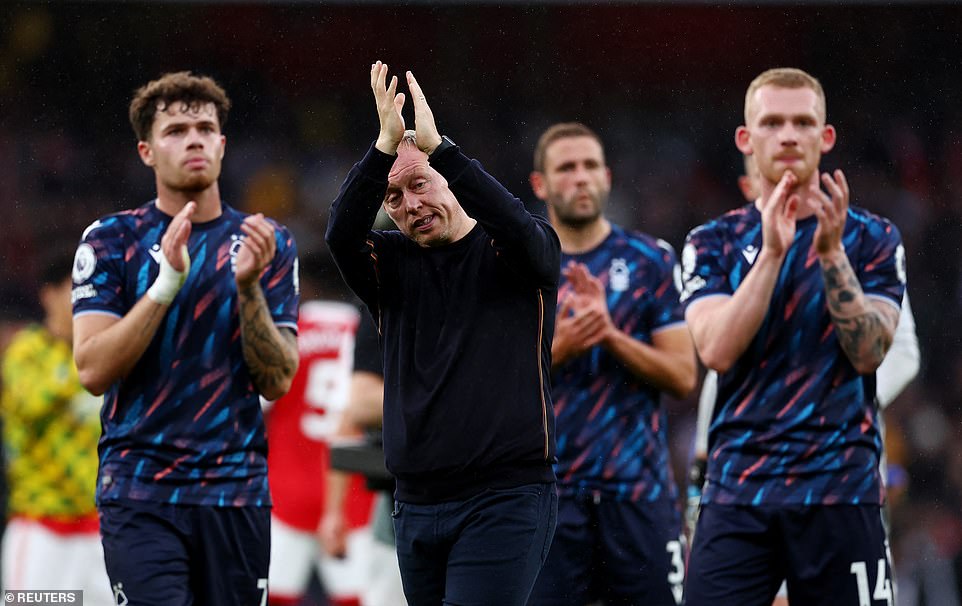 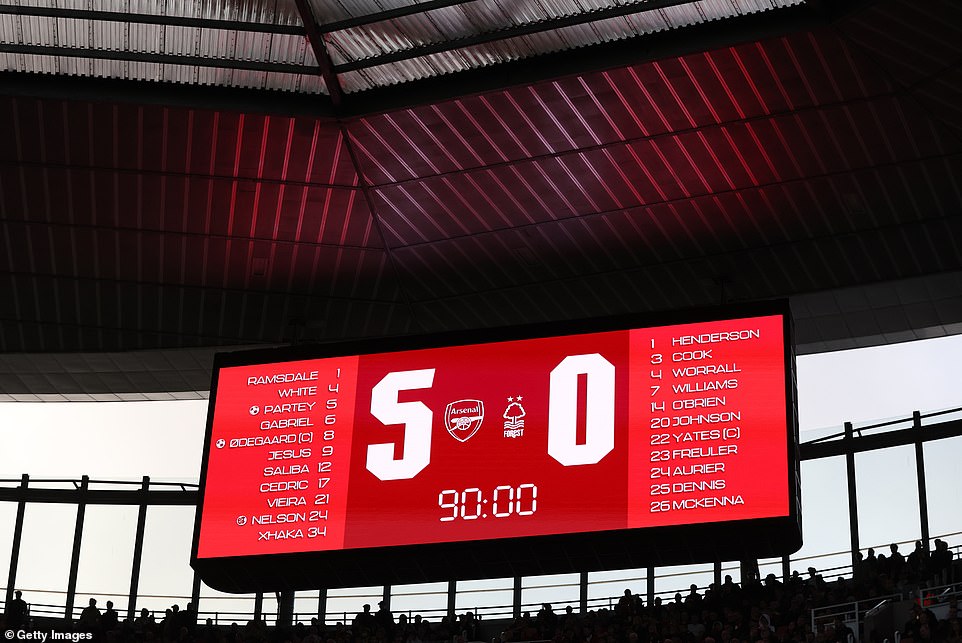 And with Saka went Arsenal’s momentum, for the rest of the half at least. He had been their main man until that point. He set up the goal that gave them the lead after four minutes, and could have seen them four up with 20 gone. Forest were being overwhelmed.

It was Saka’s low cross that teed up Martinelli to put Arsenal ahead from their first attack. What a start after the disappointment of the previous seven days. Martinelli’s run was exceptional, getting between Forest’s row of defenders and stooping low to send his header past Henderson. As for Saka that was his 20th Premier League assist, and only Cesc Fabregas and Wayne Rooney have reached that milestone younger.

And Arsenal’s start nearly got even better five minutes later. Saka again, threading the ball to Jesus whose curling shot from inside the area flew just wide at the far post. The pressure continued to build, Saka’s cross finding Takehiro Tomiyasu – now seemingly ahead of Kieran Tierney in Arsenal’s trio of left-backs – whose shot was deflected over. 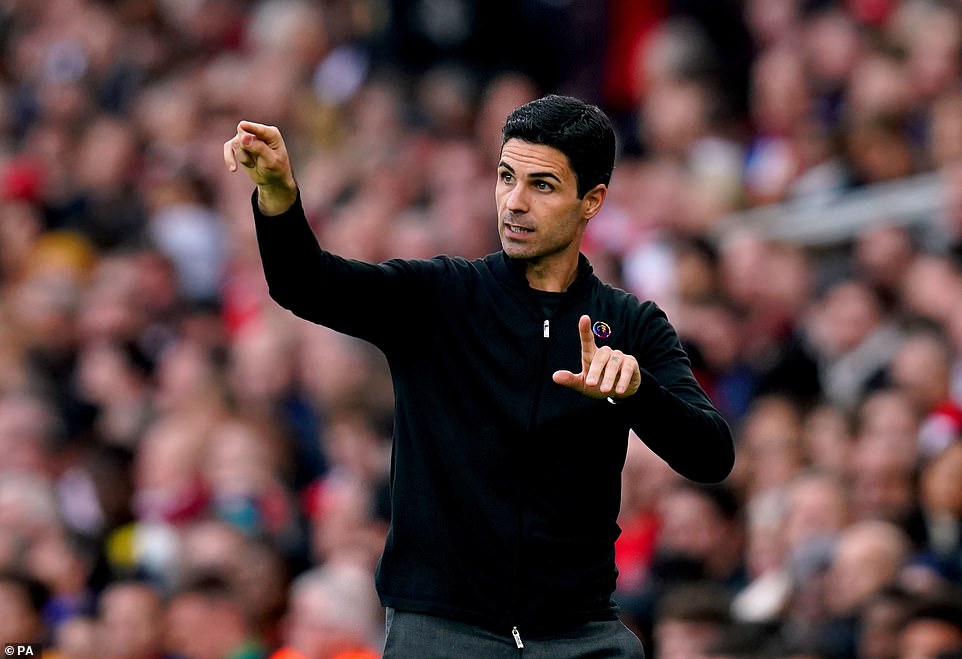 Mikel Arteta’s side retake first place in the Premier League table, leap-frogging his former side Manchester City in the process 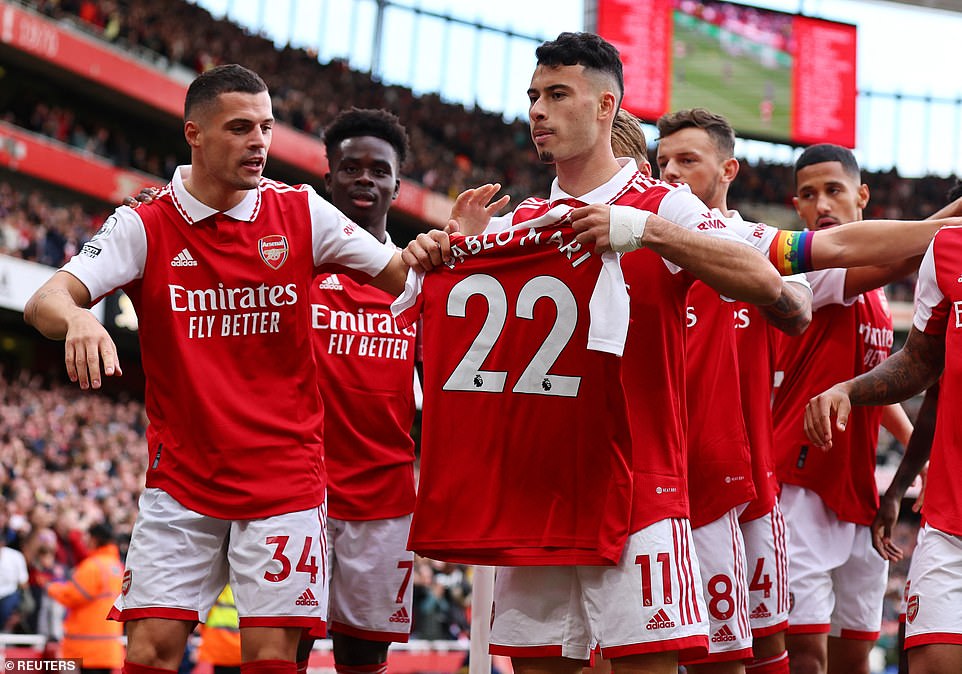 Then came the injury and Saka’s final involvement of the game. From Xhaka’s pass, Martinelli had a shot blocked on the line by Lodl, before Saka fired the rebound over the bar. Soon after, he was gone and with him a good deal of Arsenal’s energy. They didn’t have another decent chance until the second-half.

Forest did – but squandered them both. In the 32nd minute, the visitors broke through Jesse Lingard, whose shot was so wild it almost struck the corner flag.

Soon after, Gabriel passed sloppily to Lingard in the box trying to play his way out of trouble but his shot was blocked. After that, the admirable Nelson took the game away from Forest, while the admirable Arsenal took top spot from Manchester City. They now head to Chelsea, confidence restored.