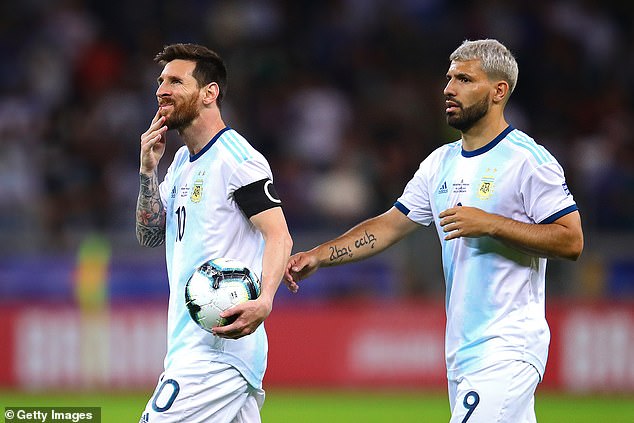 ‘They thrive against the big teams!’ Argentina hero Sergio Aguero warns old teammates of Mexico matchup in World Cup Group C, while he also expects opener vs. Saudi Arabia to be ‘complicated’

Retired Argentina striker Sergio Aguero has warned his old teammates of a potential upset ahead of their upcoming clash vs. Mexico on November 26.

The Albiceleste are unbeaten in their last 10 matches vs. Mexico, though the ex-Premier League star has said El Tri ‘are never easy’ while also urging Argentina to not take Saudi Arabia lightly in the team’s first match of the tournament.

‘I think the first match against Saudi Arabia is going to be the most complicated because it’s our debut,’ Aguero said in an interview with gambling company Stake.

‘People think it’s easy, but it happened to us in 2014. The first phase looked easy and we ended up having to beat Iran [1-0] in the final moments. It’s going to be essential to beat Saudi Arabia to gain confidence, even though we should beat them.

‘We have to have respect, and the same goes for Mexico, who are never easy. They always try to put in their best performance ever against us. Mexico thrive against the big teams.’

The last competitive meeting between Mexico and Argentina was in the 2010 World Cup, when the latter won 3-1 in the round of 16. 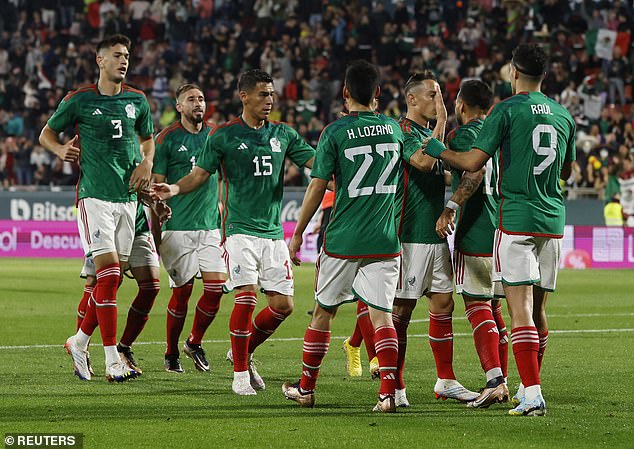 And despite Aguero’s deference towards Argentina’s Group C rivals, Mexico have actually made it a habit of struggling against the big hitters on the world stage.

El Tri have not reached the quarterfinal stage of the tournament since 1986, with seven straight round of 16 exits since 1994 following that run.

However, after finishing second out of eight teams in the CONCACAF qualifiers, they’ll hope a squad featuring Napoli’s Hirving Lozano and Wolves striker Raul Jimenez can make some noise.

Meanwhile, Argentina are considered one of the favorites to lift the World Cup, with Lionel Messi still excelling at 35 years old and a strong group of attackers around him.

If Argentina falls short, Aguero has another team that he’d like to see win it – and it’s not his former longtime home England.

‘I always have a soft spot for Spain,’ he said.

‘If it’s not my country that wins it, I’d go for La Roja or another country close to me. Or for a team that has never won it to win it. It shouldn’t always be the same ones. France, Germany, Brazil? I don’t want them. I prefer new ones.’

Argentina begin their tournament on Tuesday against Saudi Arabia, before playing Mexico on November 26 and wrapping up their group stage vs. Poland.