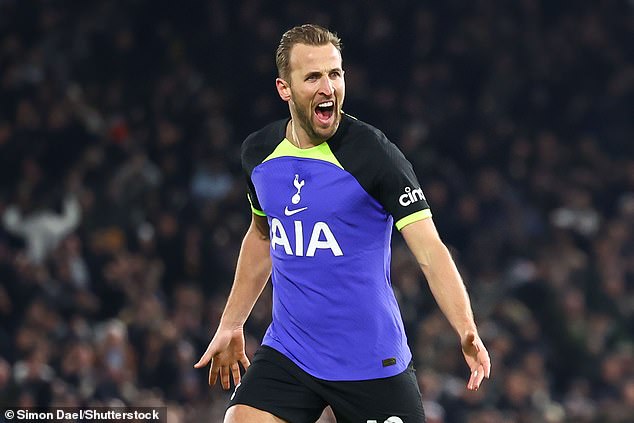 THE NOTEBOOK: Antonio Conte gets his wish as Tottenham find their nasty streak at Fulham, it’s a lucky 13 for quiet Harry Kane… and there’s panic on the tubes of London

Harry Kane was once again Tottenham’s talisman as he inspired them to a 1-0 win over Fulham in Monday night’s London derby.

Kane proved the difference-maker with a brilliant finish just before half-time.

Here, Sportsmail’s DANIEL MATTHEWS picks out some key talking points and some things you may have missed from Craven Cottage…

Get nasty. That was the message from Antonio Conte before this trip across London.

And in fairness, aggression didn’t prove a problem here. Their first-half struggles stemmed more from sloppiness in possession. Perhaps nothing illustrated that more clearly than when Ivan Perisic attempted a quick throw-in and the ball never made it over the white line.

But Conte’s message did seem to breach the ears of some players. Eric Dier set the tone inside the first minute, when his crunching challenge-turned-shot almost caught out Bernd Leno. Rodrigo Bentancur and Pierre-Emile Hojbjerg attempted to make their presence felt.

Son-Heung min certainly succeeded, albeit accidentally. He was perhaps lucky not to see red when he trod on Kenny Tete’s ankle. So was Cristian Romero after the break, when his boot caught Aleksandar Mitrovic in the chest. Well, Conte can’t say they didn’t listen. 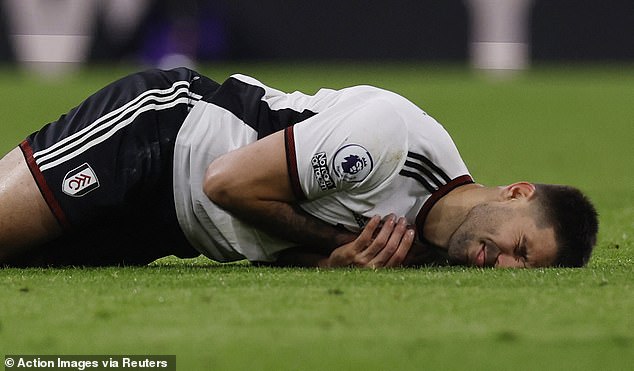 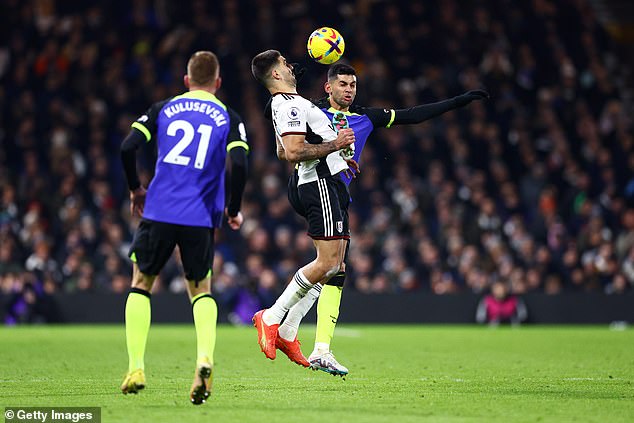 Fair play to Sean Davis. The former Tottenham and Fulham midfielder has been retired more than a decade. He appears to be keeping busy enough, mind. Davis rocked up to Craven Cottage on Monday night in blue football socks, trainers and a tracksuit that was splattered in white paint.

The 43-year-old writes a column for the Fulham website and works for club TV, too. Surely they haven’t got him in to give the new Riverside Stand a touch-up, too? No, it turns out Davis now works as a painter and decorator, apparently.

Unlucky for who? Not Harry…

There are two ways to read one jarring statistic: in the first half, Harry Kane had just 13 touches – eight fewer than anyone else. It says much about his quality that he still tipped a tight game with one moment of magic.

It says more about Tottenham’s struggles to find their focal point. Early on the visitors lacked composure and accuracy in possession and they were hounded into mistakes by Fulham’s press. 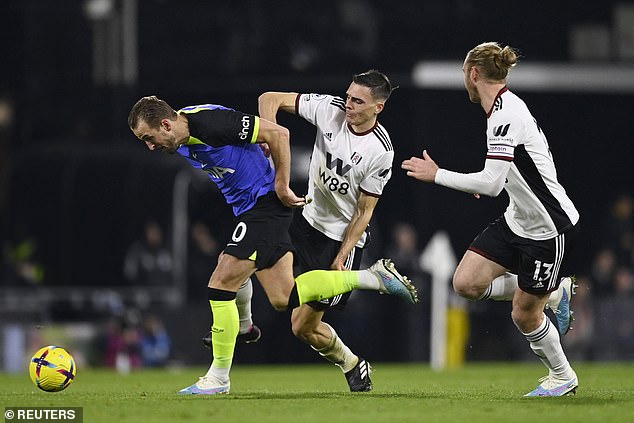 Another ground, another Kane goal…

Craven Cottage is the 33rd different ground where Harry Kane has scored a Premier League goal. Only Andy Cole (37), Frank Lampard and Wayne Rooney (both 34) have netted at more stadiums.

He’s scored 24 goals from outside the box – only Kevin De Bruyne (25) has more since Kane’s debut. 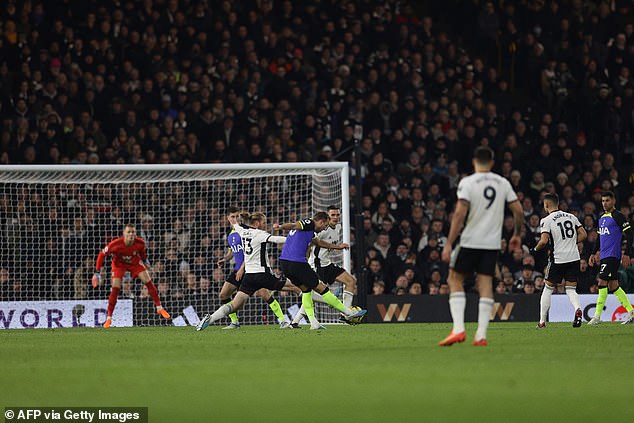 Former boss Roy Hodgson was back at Craven Cottage on Monday night to receive the Forever Fulham award.

The 75-year-old, who spent three years here, was given a warm reception as he came on to the pitch and picked out his most treasured memories. 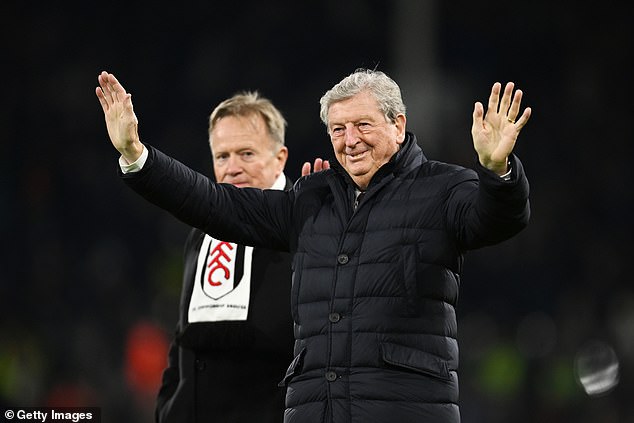 Chaos on the TFL!

Panic swept through one observer on Monday night, when he parked his car a few minutes away from Craven Cottage and noticed something strange. It was so quiet, the side roads around the stadium were so deserted.

In some places, police outnumbered fans. There was only one, horrible conclusion. ‘Yep, the game is at Tottenham, isn’t it?’ he thought. He was wrong, fortunately. But he was also right. The Cottage was rather eerie. Even as the home team bus wheeled into view, Marco Silva’s players were greeted only by a smattering of supporters. Not the most rousing welcome. But with good reason.

With around an hour until kick-off the Circle, District, Elizabeth, Hammersmith & City, Jubilee, Metropolitan and Piccadilly Lines were all suspended or delayed. Chaos on the tubes of London and not even Mick Lynch to blame. Ah well, nothing a 15-minute delay can’t solve… 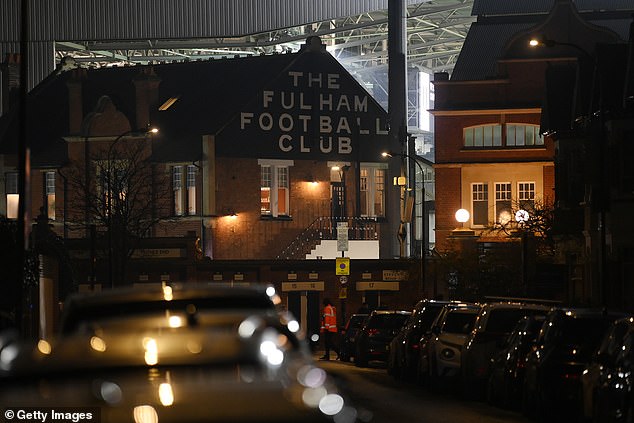 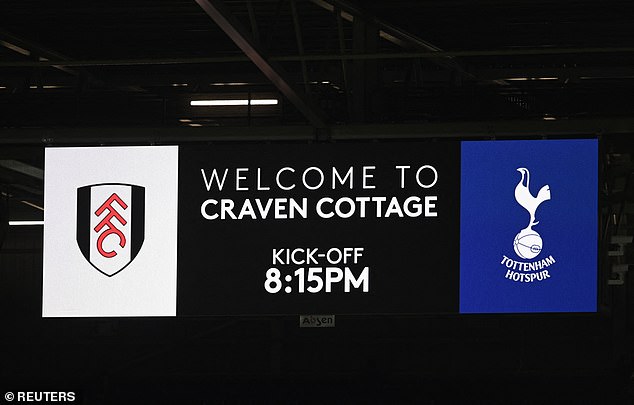