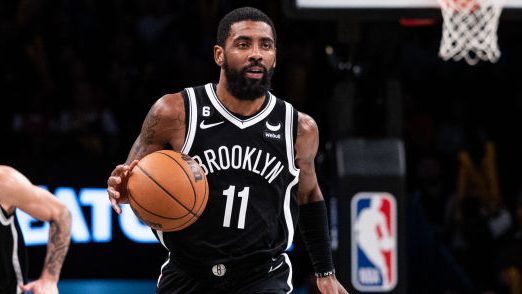 Thursday night in Portland, Kyrie Irving missed his eighth consecutive game after being suspended by the team following his Tweet promoting an antisemitic move and his (at first) unapologetic response to the backlash.

It will be his last.

Following up on news that it could happen, Shams Charania of The Athletic reports Irving is expected to be cleared and will play Sunday when the Nets host the Grizzlies.

Sources close to the Nets and the league say that both sides are happy with what Irving has done throughout the process, especially given the number of community leaders he has met with.

One source, who was granted anonymity because he was not authorized to speak on the matter, said that Irving chose to go “above and beyond” what was asked of him.

Irving had progressed through some acceptable version of the six “remedial” steps the Nets laid out for his return. He has apologized in an Instagram post, met with NBA Commissioner Adam Silver, and met with Nets’ owner Joe Tsai and his wife.

The 6-9 Nets need Irving and his shot creation back. Brooklyn has gone 4-3 with Irving heading into the game against the Trail Blazers tonight. , although the Nets have lost their last two and have not looked good doing it. Kevin Durant is frustrated and honest enough to say, “Look at our starting lineup. Edmond Sumner, Royce O’Neale, Joe Harris, [Nic] Claxton and me. It’s not disrespect, but what are you expecting from that group? You expect us to win because I’m out there.”

Irving will help with that. Starting Sunday against the Grizzlies.