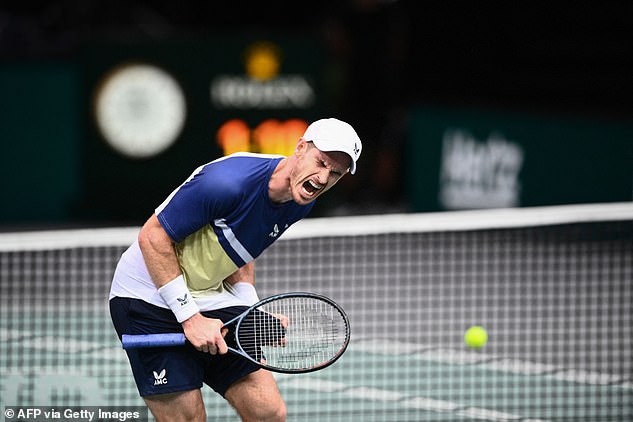 When Andy Murray starts to question his own work ethic you know something is going awry.

Whatever else, etched deep into his career has been a complete, almost monastic dedication to his craft. It has allowed him to go where no singles player has gone before when they are playing with a large lump of metal in the hip.

Yet in the wake of a sobering defeat on Monday night at the Paris Masters to 37-year-old Frenchman Gilles Simon – who is about to retire – a dejected Murray castigated himself in unprecedented terms, admitting that he had not been spending sufficient hours in the gym.

His problem against Simon was the return of cramping issues halfway through the second set, which saw him blow a 6-4 5-3 lead and lose 6-3 in the decider. 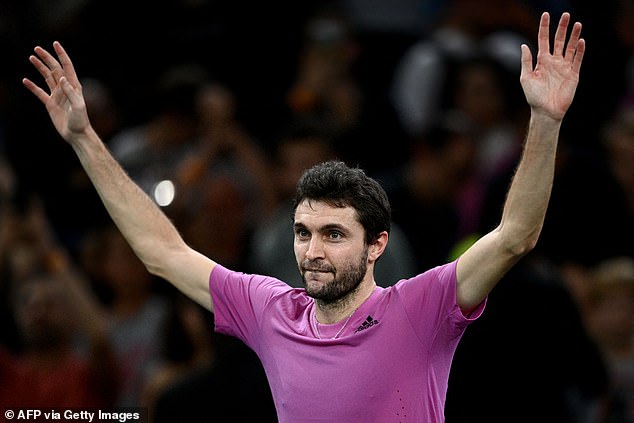 Simon, 37, is about to retire but battled back from a set and a break down to beat Murray

‘Having that happen after a set and a half on an indoor court where it’s not particularly hot is not really not acceptable,’ he said. ‘ There’s no guarantee that I win that match, but when you lose matches, and it feels like it’s down to your physicality, it’s really, really disappointing.

‘It’s nothing to do with my hip. I think just the reality is I need to work harder. Obviously, there’s certain things I can and can’t do nowadays, I need to be a bit more careful with some of the training that I do.

‘If I’m being completely honest, I don’t think the last four or five months that that’s necessarily been happening, since the issue sort of started in Newport, Washington time (immediately post-Wimbledon),’ he said, later adding that he had barely done two proper gym sessions since New York. 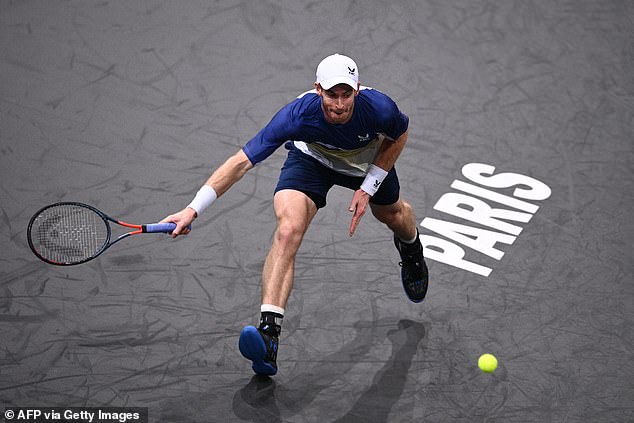 ‘Usually I would dedicate more time to my training and more time, you know, like training blocks in hot climates and things like that. So it’s something that I’ll have to look at.’

Six years ago, at this week at this same venue of Bercy in the east of Paris, Murray won the title to become world number one. Adding insult to injury on Monday night was the lack of respect from a raucous crowd, supporting the outgoing Simon with continual shouts on Murray’s serve and applause for his double faults.

It was painful to watch, this outstanding warrior-athlete in a reduced state, rushing between points and swishing as much in hope as expectation. In an individual sport the future is an individual’s choice, but even someone with his extraordinary levels of bloody-minded determination must wonder if it is all worth it. 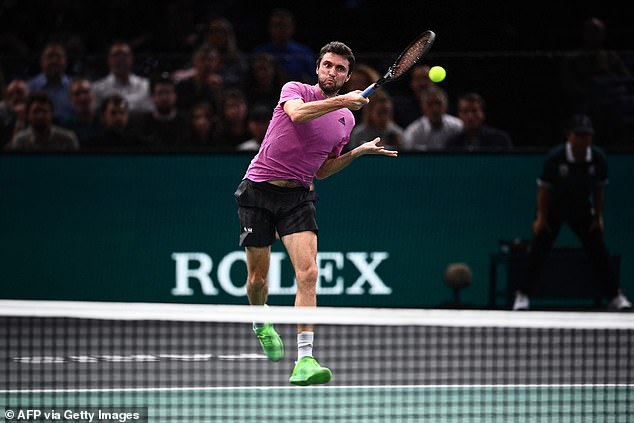 Still, slumped in a stadium corridor late on Halloween night, he declared in an unsparing interview that he has already planned a punishing off-season to try and rectify matters and give himself the best chance next year. He stated that cramping issues have, to a greater or lesser extent, dogged him for four months.

‘Maybe one of the mistakes that I made was like playing Newport (Rhode Island, after Wimbledon). I could have done a training block there to get in the heat and prepare better for the summer,’ he said. ‘You know, I’ve not really done much since the US Open, like, physically in the gym, or anything, very, very little.

‘I’m probably conditioned in some ways for tennis, because my body is responding well to the matches. I know I’ll wake up tomorrow, and I’ll feel okay. But from an endurance perspective, that’s something that I kind of pride myself on, being there right to the end of the matches. 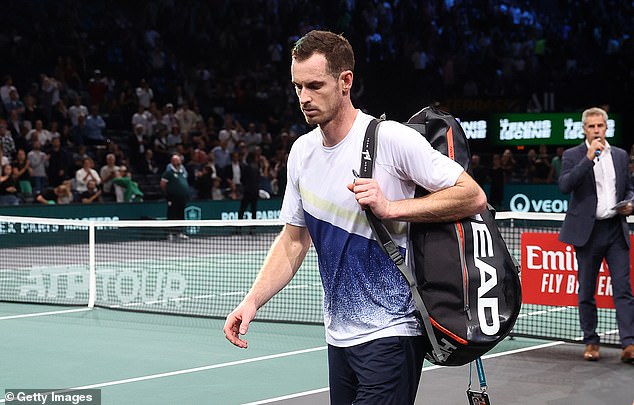 ‘I’m on top of all the hydration and eating, so I don’t feel like that’s the issue right now. I’m going to have to have to push myself harder than I am currently because it’s happening most weeks.’

To that end Murray will return home and he then plans a three-week trip to Florida to team up with mentor Ivan Lendl. After that he will come back to the UK for the pre-Christmas Battle of the Brits in Aberdeen, prior to his departure for Australia.

Since the onset of his hip problems in 2017 this has actually been his best season in terms of wins, 26 of them being enough to put him back in the world’s top fifty. The reality is that you wonder, at 35, how many more seasons there will be for the double Wimbledon champion.