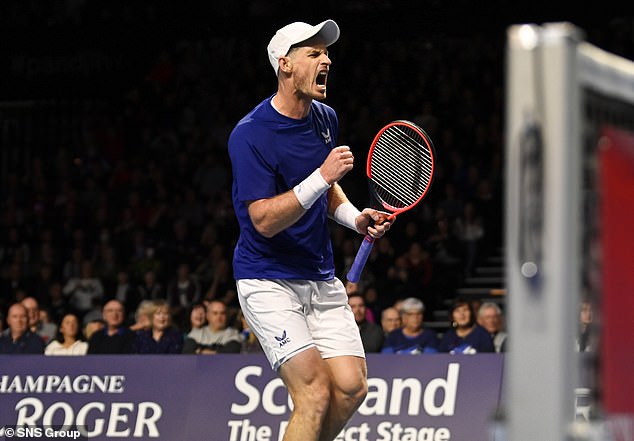 Andy Murray had news for anyone who came to the Battle of the Brits event on Wednesday night expecting to see some sort of pre-Christmas pantomime.

Faced with Jack Draper, the young player who might one day emulate him, he turned in a pulsating performance to level this Scotland v England challenge match at 1-1 and bring the crowd to its feet.

Neither individual was playing it for laughs, and they combined to produce a high quality spectacle that saw the veteran emerge a 6-2, 1-6, 12-10 winner at a packed P&J Arena. 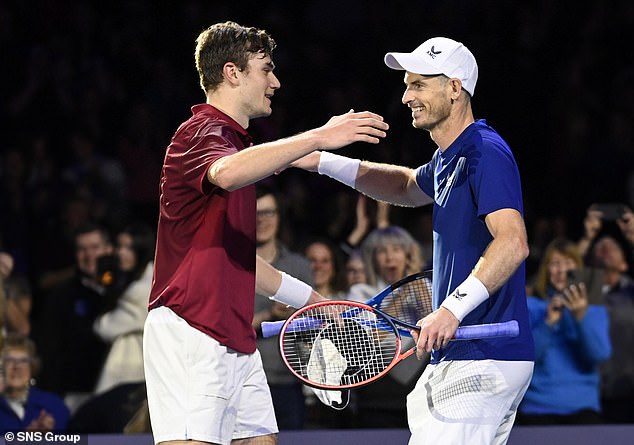 Murray was delighted afterwards with a win against one of the tour’s top young prospects that came after three weeks of hard training in Florida with mentor Ivan Lendl.

There may not be too many more opportunities for him to play in front of a Scottish crowd, and he clearly does not want to waste them. 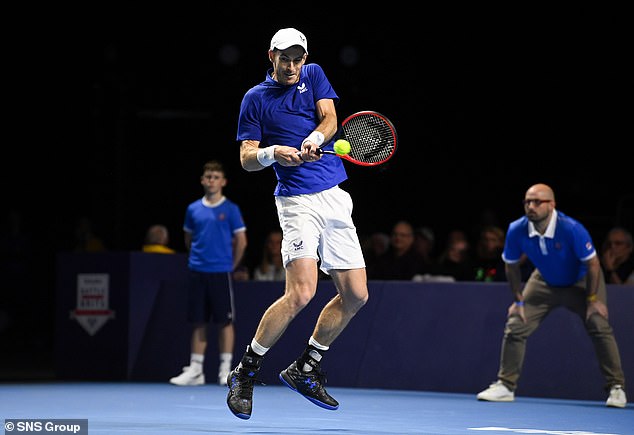 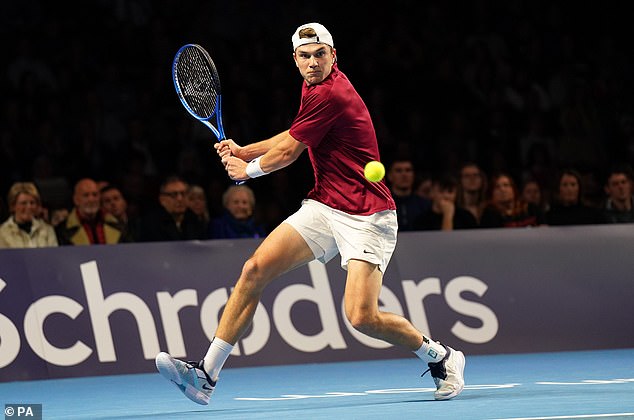 ‘The intensity that you play these matches at in comparison to practice are a level up so this was a great step for me and a gauge of where I’m at.

‘These few days are an important part of my preparation. And that’s why I wanted to make sure I’m right on it from the beginning.

‘I was disappointed with how I played in the second set and I didn’t serve well for the last 45 minutes.’

Draper had brought his full, exciting southpaw repertoire to the second set in which he swept Murray, nearly 15 years his senior, away with a flourish.

The tiebreak drove the crowd of nearly 7,000 to a frenzy, and it was topped off when the twice Wimbledon champion clinched it with a stunning forehand pass.

England captain Ian Holloway was enraptured and, sensing the seriousness of the encounter, the well-travelled football manager reined in his earlier crowd-pleasing antics. 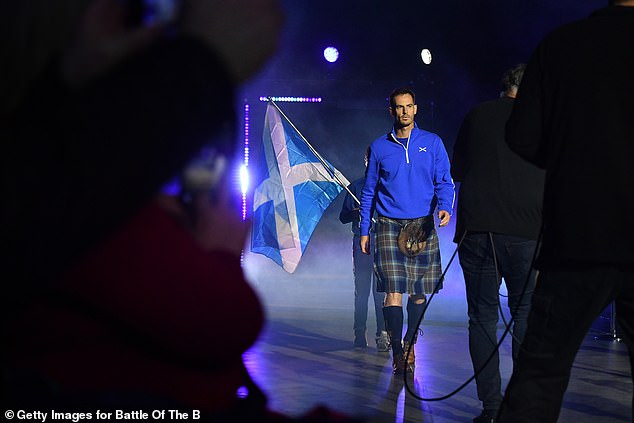 See also  Emma Raducanu's US Open exit will make it easier for her to develop, says legend Virginia Wade

During the opening 6-4, 6-2 win of Dan Evans over Aidan McHugh he had fed into the lighter spirit of the event, larking around like the distant relative at a family Christmas party with one too many sherries on board.

His management technique was clear, however. The aim was to relax the players on his team bench, by dancing a jig between games, allowing his bowler hat to be stolen by those around him, or calling out at the umpire, or referee as he put it.

Holloway and Paul Lawrie – Aberdeen’s own former Open champion – have been employed as skippers to add some wider appeal to a match that is also serious preparation for the forthcoming Australian leg of the new tennis season.

That was certainly how Murray and Draper were taking it, and despite defeat the Englishman, 21 on Thursday, showed why he is increasingly the subject of great expectations.