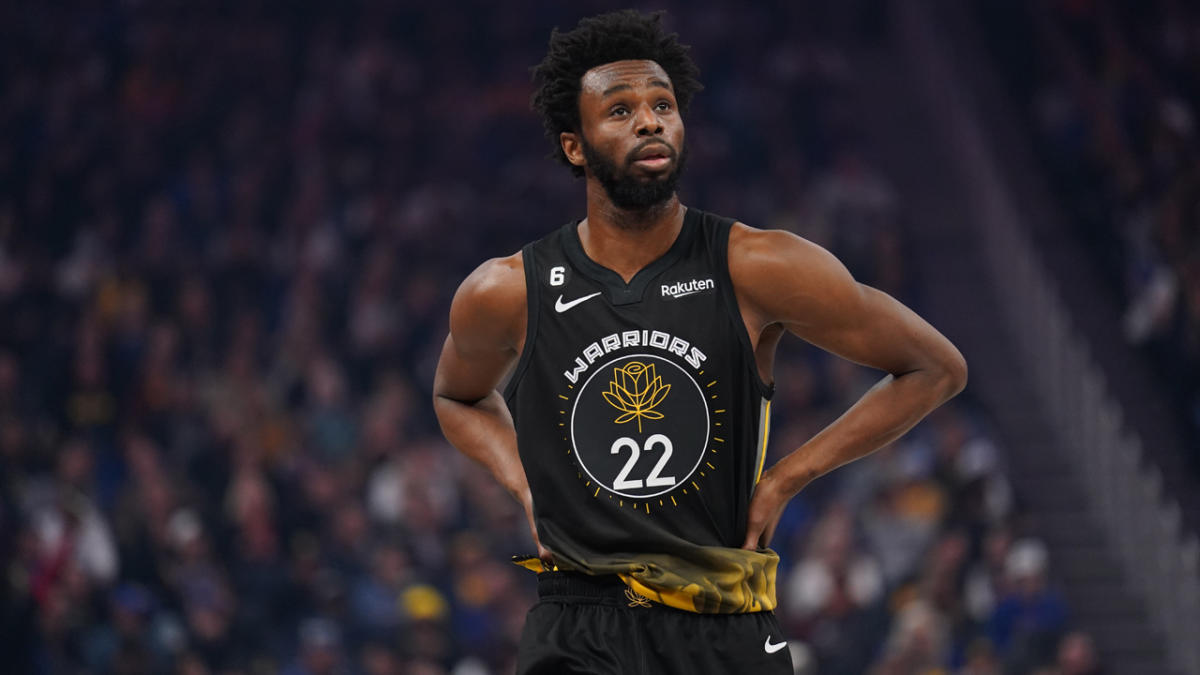 SAN FRANCISCO — The last month-plus has been a tough one for Warriors All-Star forward Andrew Wiggins. And it just became that much more frustrating.

Wiggins has been ruled out for Wednesday night’s game against the Memphis Grizzlies at Chase Center with a non-COVID illness. Following Tuesday’s practice, Wiggins sounded raspy and far from full strength when speaking with the media, but he was a surprise addition to Wednesday’s injury report.

Steve Kerr found out Wednesday morning that Wiggins was feeling sick. Wiggins then checked in with the team doctor in the afternoon and it was later deemed he wasn’t healthy enough to play.

Through the first 24 games of the Warriors’ schedule, Wiggins missed only two games. Both were against the New Orleans Pelicans and both were the second night of a back-to-back. In the 22 games he did suit up, Wiggins was playing perhaps the best basketball of his career after a phenomenal run through the playoffs.

Following a season-high 36 points, his third-most ever as a Warrior, Wiggins missed 15 straight games. That’s by far his longest stretch of missing games in his nine-year NBA career. Wiggins’ previous high was four games missed in a row.

When Wiggins first was sidelined, it was for a right adductor strain that lingered longer than he and the Warriors expected. Wiggins then was out to two separate illnesses, which extended his absence. Finding his rhythm since returning on Jan. 7 has admittedly been tough for Wiggins.

See also  LeBron James is the Kid from AKRON, not Cleveland

In the seven games he has played since coming back, Wiggins has averaged a lowly 12.4 points while shooting 34 percent from the field and 22.7 percent from deep. Kerr has been reminding Wiggins that every great shooter goes through slumps, including his teammates Steph Curry and Klay Thompson. Wiggins himself said Tuesday that he needs to attack more like he was at the beginning of the season, and that all starts with his mindset.

With Wiggins out, the spotlight turns to Jonathan Kuminga. The 20-year-old scored 20 points off the bench Sunday night in the Warriors’ loss to the Brooklyn Nets, and has been great in his two games since missing eight straight to a sprained right foot. In those two games, Kuminga has averaged 15 points while shooting 54.2 percent (13-for-24) from the field and 66.7 percent (2-for-3) beyond the arc.

RELATED: Playing Grizzlies might be what Warriors need right now

More importantly, he was a combined plus-21 in plus/minus in one win and one loss.

“I’m sure he’ll guard multiple guys out there today,” Kerr said during his pregame media session. “He’s just got to keep doing what he’s doing. He’s been playing really well.”