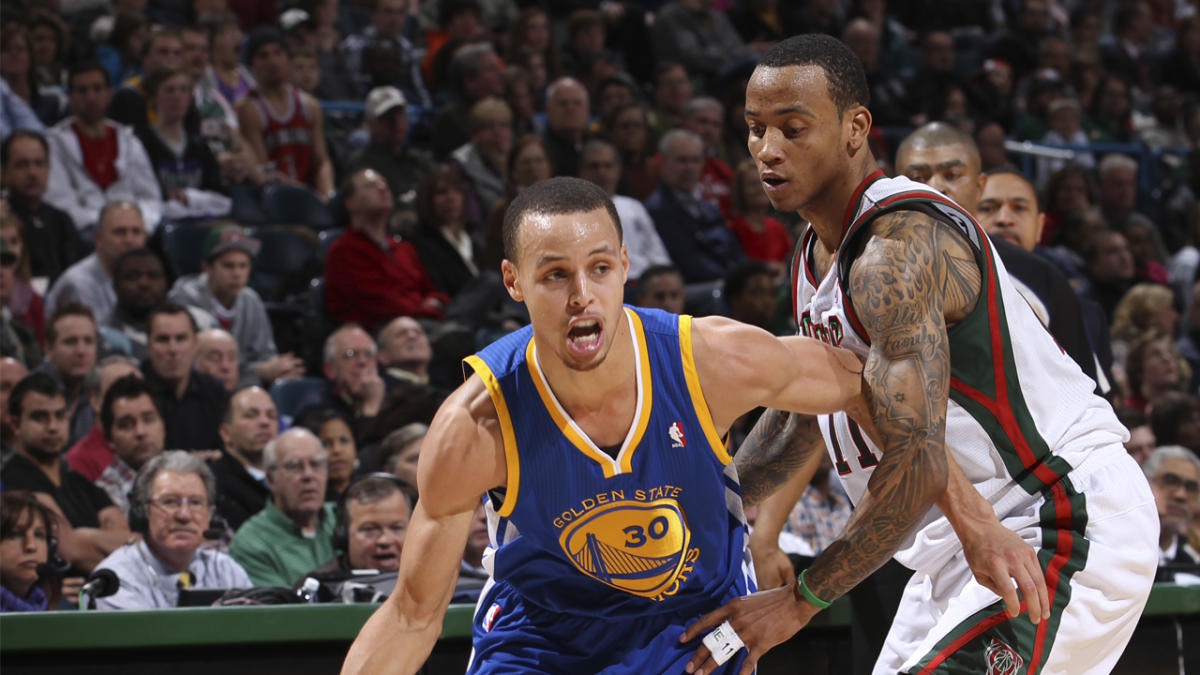 Steph Curry is the greatest Warriors player to ever don the uniform, but he nearly was shipped out of the Bay before his reign as the 3-point king began.

The Splash Brother himself has told the tale of how Golden State almost traded him to the Milwaukee Bucks in 2012.

But instead, he wasn’t included in the package that dealt Monta Ellis, Kwame Brown and Ekpe Udoh to Milwaukee in return for Andrew Bogut and Stephen Jackson — a trade that, in many respects, kick-started the Warriors dynasty.

And while Curry confirmed earlier this year on “The Draymond Green Show” that his injury-prone ankles played a part in keeping him out of the trade, Bogut recently shared his own behind-the-scenes perspective on the situation during an interview with The Athletic’s Tim Kawakami.

“The reason why I’m sure [Curry was almost traded] is the person — I’m not going to name who they were — that oversees all the medicals had both [Curry and Ellis’] medicals on their desk,” Bogut said on “The TK Show.” “… I believe it was the Bucks that said they didn’t trust Steph’s ankles, let’s go with Monta, more body of work, we know he’s going to stay healthy.

“I know for a fact because I know the person that went over those charts was doing my rehab with my ankle, so I’m 99.9 percent sure what both of those files are because she read about them.”

Curry and his ankles have gone on to bring four NBA championships, numerous league records and a winning culture to the Warriors organization.

He told teammate Draymond Green in April that he knew the “doctor part” was central to those trade discussions, but the NBA Finals MVP also revealed how then-coach Mark Jackson advocated for him.

“Then, Coach Jackson pulled me out of the locker room and he’s like, ‘Yo, I just have to let you know, they wanted you in the trade,’ but for whatever reason, it didn’t go down like that,” Curry said on “The Draymond Green Show.”

“He said, ‘I kind of stepped in too … I’m going to give you the keys. We really believe in you, we just have to get you healthy and that’s what the rest of the season is going to be about.’ His line was, ‘Don’t make me a liar.’ ”

Though Dub Nation didn’t know it at the time, trading the fan-favorite guard Ellis, who was part of the 2006-07 “We Believe” Warriors, paved the way for Curry to become basketball royalty. He did get healthy, and he didn’t make Jackson a liar.

“I think [the Ellis trade] had to be made because, no disrespect to Monta, but he was very, very ball dominant,” Bogut told Kawakami. “From what I understood is … there was a bit of a rivalry in that locker room between him and Steph at times.

“Not from Steph’s side, but more from Monta’s side. He felt like Steph was going to be the young guy trying to take his spot as the No. 1 option. So moving Monta, even if you got nothing back, freed up Steph so much just to be Steph, and that’s what people don’t understand.”

RELATED: Magic reveals he turned down chance to buy stake in Warriors

In the end, everything worked out for the best. Bogut, Curry, Green and the rest of the Warriors went on to earn the team’s first NBA title since 1975 in 2015 and ushered in an era that would see Golden State go on to win four championships in eight seasons.

And in Milwaukee, the Bucks might just regret the value they placed on healthy ankles 10 years ago.