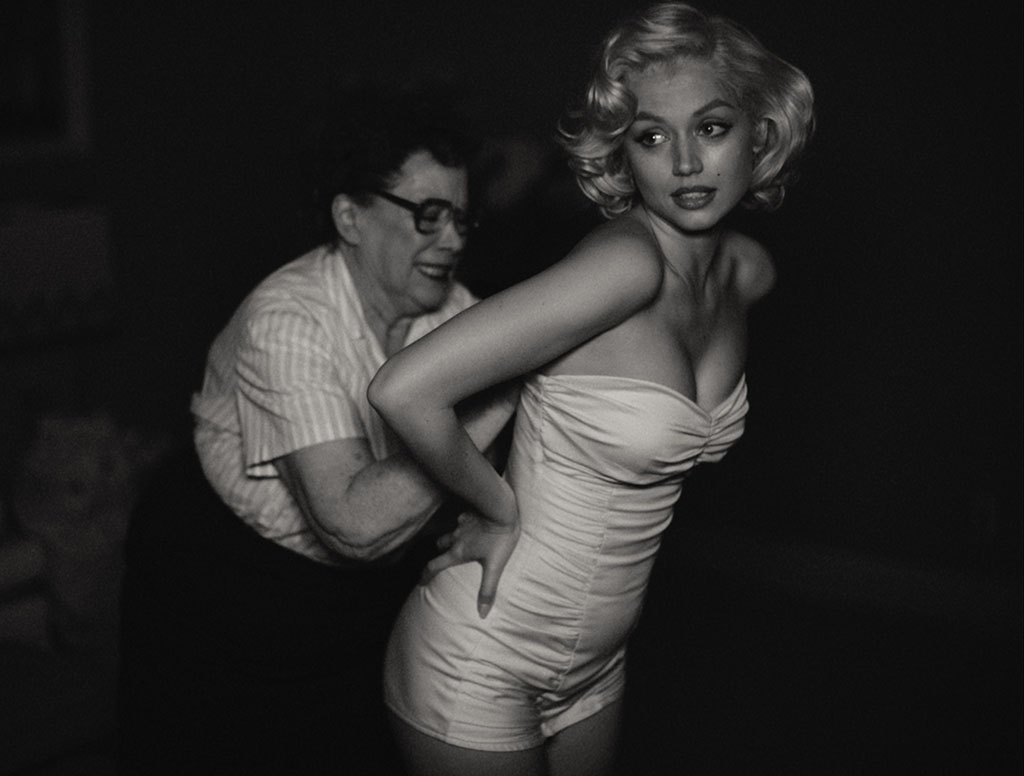 In the new trailer for Netflix’s “Blonde,” which was released today, Ana de Armas reveals her uncanny resemblance to Hollywood icon Marilyn Monroe.

The first glimpse of the Andrew Dominik-helmed film is based on the best-selling novel of the same name by Joyce Carol Oates, debuted today. And while the teaser is barely a minute long, it leaves you wanting more. The “Knives Out” star truly transforms into the glamorous blonde bombshell, who tragically died at the young age of 36 in 1962.

Netflix’s official synopsis of “Blonde” says: “[The film] boldly reimagines the life of one of Hollywood’s most enduring icons, Marilyn Monroe. From her volatile childhood as Norma Jeane, through her rise to stardom and romantic entanglements, ‘Blonde’ blurs the lines of fact and fiction to explore the widening split between her public and private selves.”

In a recent interview, de Armas spoke with Netflix Queue about working on the provocative movie. “We worked on this film for hours, every single day for almost a year — I read Joyce’s novel, studied hundreds of photographs, videos, audio recordings, films — anything I could get my hands on,” the Cuban-born actress revealed.

“Every scene is inspired by an existing photograph. We’d pore over every detail in the photo and debate what was happening in it. The first question was always, ‘What was Norma Jeane feeling here?’ We wanted to tell the human side of her story. Fame is what made Marilyn the most visible person in the world, but it also made Norma the most invisible.”

You can watch “Blonde” on Netflix on Sept. 23. Check out the trailer below.