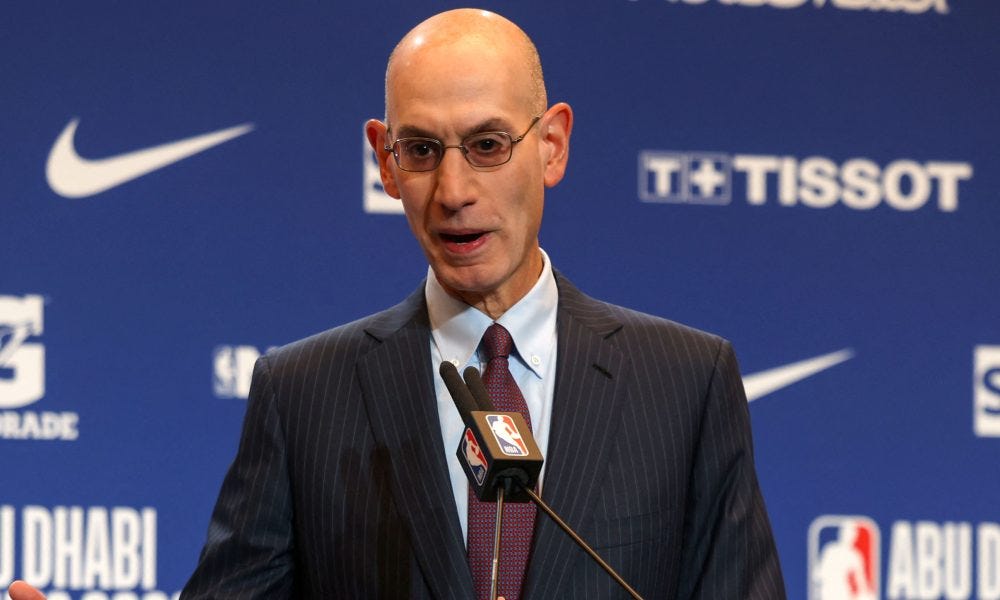 Welcome to Layup Lines, our daily basketball newsletter where we’ll prep you for a tip-off of tonight’s action, from what to watch to bets to make.

I love when the NBA shows that it is willing to try something new.

The NBA did not schedule any games for tomorrow, which is Election Day, so as to encourage fans and players to vote. Instead, there are fifteen games tonight. All 30 teams are scheduled to play with staggered start times of 15 minutes between 7:00 p.m. ET and 10:30 p.m. ET.

This will be a great night to watch NBA CrunchTime, the NBA’s version of NFL RedZone, if you haven’t yet. Here’s what host Jared Greenberg told For The Win:

“I don’t know if all these games are going to cooperate and come down to the finish,” Greenberg said. “But what we have the potential for on that Monday night is just to show you what we do best, which is making sure you see the biggest moments of the night as they happen.”

You can watch NBA CrunchTime for free on the NBA’s global app. Here is the full schedule.

If we have even just a couple of exciting finishes in any of the fifteen games, it should be an incredibly fun night of basketball. Assuming all goes well, the league should definitely try this again at some point.

Some NBA goodness from around the USA TODAY Sports network.

My colleague, sneaker expert Mike Sykes, explained why Kyrie’s relationship with Nike might actually be permanently over:

“Maybe if Irving changes course here and becomes less of a lightning rod things could change between the two sides. But as things currently stand, this really feels like the end of an era.

Irving had one of Nike’s best-selling shoes and it’s always had some of the brand’s most creative basketball designs. It’s sad to see things potentially end this way.

But when you do the things Irving has done, there are consequences. And this is Irving having to deal with that.”

It’s one of the many consequences Irving, who is also suspended by the Nets, is facing.

(All odds via Tipico.)

If you want to talk about good roster construction, look no further than Boston and Memphis. Two of the game’s brightest stars, Jayson Tatum and Ja Morant, will go head-to-head in this clash of title contenders.

This article originally appeared on USA TODAY: NBA: All 30 teams will play Monday, which is great idea