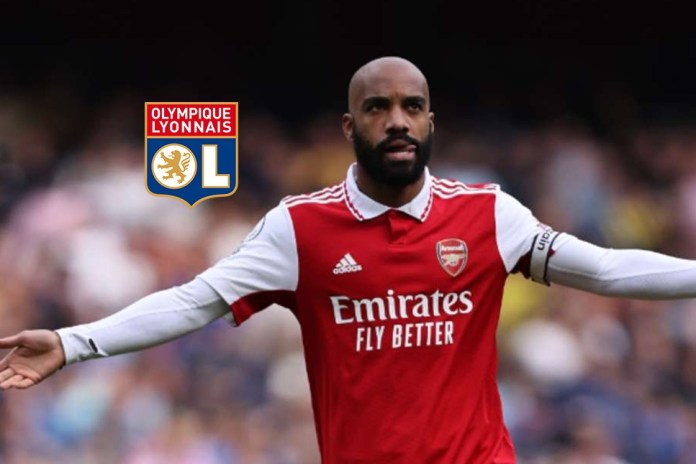 Ligue 1: Olympique Lyonnais are very proud and very happy to announce the return to the club of Alexandre Lacazette, a product of the club’s academy, for the next three seasons. Follow Ligue 1 Updates with InsideSport.IN

Out of contract at English club Arsenal, the French international has signed a three-year deal through June 30, 2025.

Having transferred in July 2017 to Arsenal for the record sum of Euros 60 million (including bonuses), Alexandre Lacazette, at 31, has made the choice to return to the club which has seen him grow and become one of the greatest strikers in its history, despite offers from many major European clubs in recent weeks.

Also read AFC Asian Cup Qualifiers: From Liston Colaco to Sahal Abdul Samad, Top 5 Players to WATCH OUT for in the Indian Team – Check Out

Having arrived at OL in 2003 at the age of 12, the French international (16 caps) has played 15 seasons for the club, eight of them with the first team, for whom he played 275 matches and scored 129 goals, ranking among the top scorers in club history behind Fleury Di Nallo, Bernard Lacombe and Serge Chiesa.

Winner of the Coupe de France and the Trophee des Champions in 2012, Alexandre Lacazette distinguished himself on January 9, 2016, by becoming the first scorer in the history of Groupama Stadium against Troyes (4-1).

A complete striker, he also holds the record for goals scored in a Ligue 1 season by an OL player (28 in 2016/2017) and remains the only player to have crossed the 20-goal mark for three consecutive seasons in Ligue 1.

The return to OL of Alexandre Lacazette, who has played more than 200 matches with Arsenal across five seasons (71 goals), has been the club’s priority for several months and is perfectly in line with the new strategy now set up within the institution.

He is the second arrival of the off-season, which comes after the return of Remy Riou to the club and extensions for Maxence Caqueret and Anthony Lopes, testifying to the club’s great ambitions to breathe new life into the men’s first team.