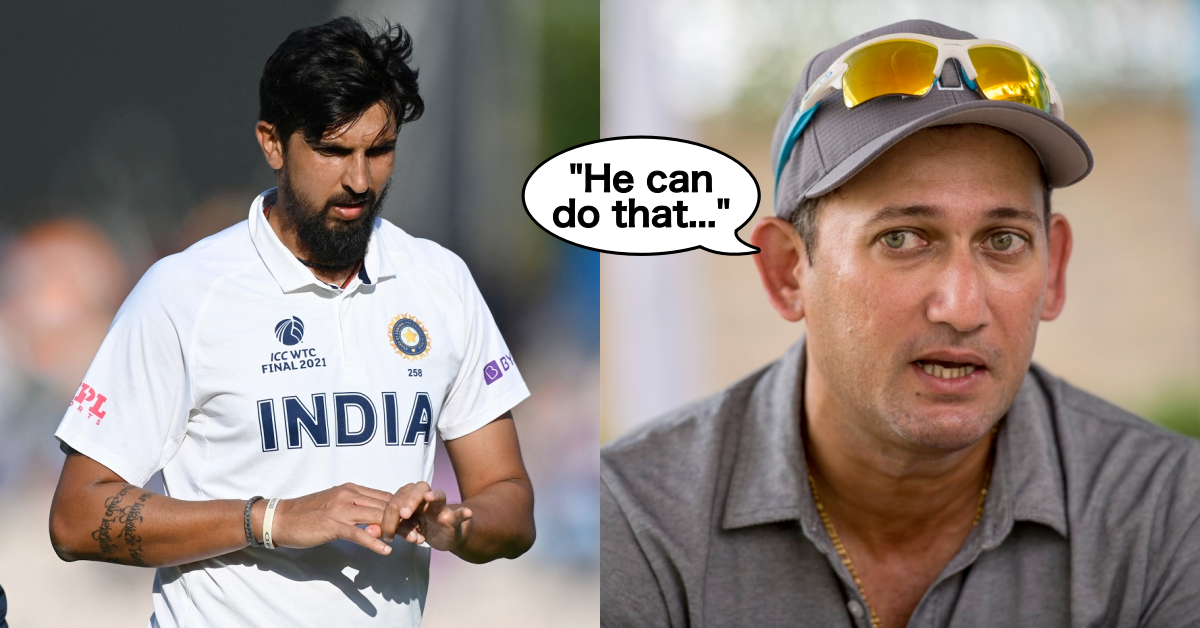 Former India pacer Ajit Agarkar has picked one fast bowler who can take place of veteran Ishant Sharma in the Indian bowling lineup going forward. Ishant, who became only the second Indian pacer after Kapil Dev to play 100 Test matches, was dropped for the Sri Lanka Test series which begins on March 4.

The BCCI selection committee made a big decision to leave out veteran team India players from this Test series and while two of them have a chance to make a comeback in coming times; the other two are possibly done for good.

The two who have a chance to come back are Ajinkya Rahane and Cheteshwar Pujara, who were dropped only for this series, and Chetan Sharma, the head of the selection committee said that the duo can come back if they perform in domestic cricket.

But the other two, keeper Wriddhiman Saha and pacer Ishant Sharma have probably dropped for good. While Saha has revealed in an explosive interview why he was dropped and even asked to retire; Ishant Sharma has not revealed anything yet. But his injury-prone body and better options have led to the selectors moving forward.

Mohammed Siraj Has Shown He Can Do That: Ajit Agarkar Names Ishant Sharma’s Successor In Indian Team

Former India pacer Ajit Agarkar, in a discussion on Star Sports, picked Mohammed Siraj as heir apparent of Ishant Sharma in the Indian team. He felt that given Ishant did the workhorse job in the Indian team, bowling lots of overs to build pressure, Siraj has shown similar traits in England, and South Africa, bowling long spells with energy.

Agarkar said: “Bumrah and Shami are back – those are your two strike bowlers but Mohammed Siraj has shown he can do that. He can bowl the long overs, whether in England or at times in South Africa, he has shown that he can bowl the tough overs.”

He acknowledged that Siraj’s selection would also be dependent on the combination the hosts decide to field.

He said: “It depends also on what combination they play, if they play three spinners and two seamers or they go with three seamers. You would think in Mohali the extra seamer might be the option that they take.”

While Shami and Bumrah are obvious picks in Indian XI for the first Test, it will be a toss-up between Mohammed Siraj and Umesh Yadav for the third seamer at Mohali.