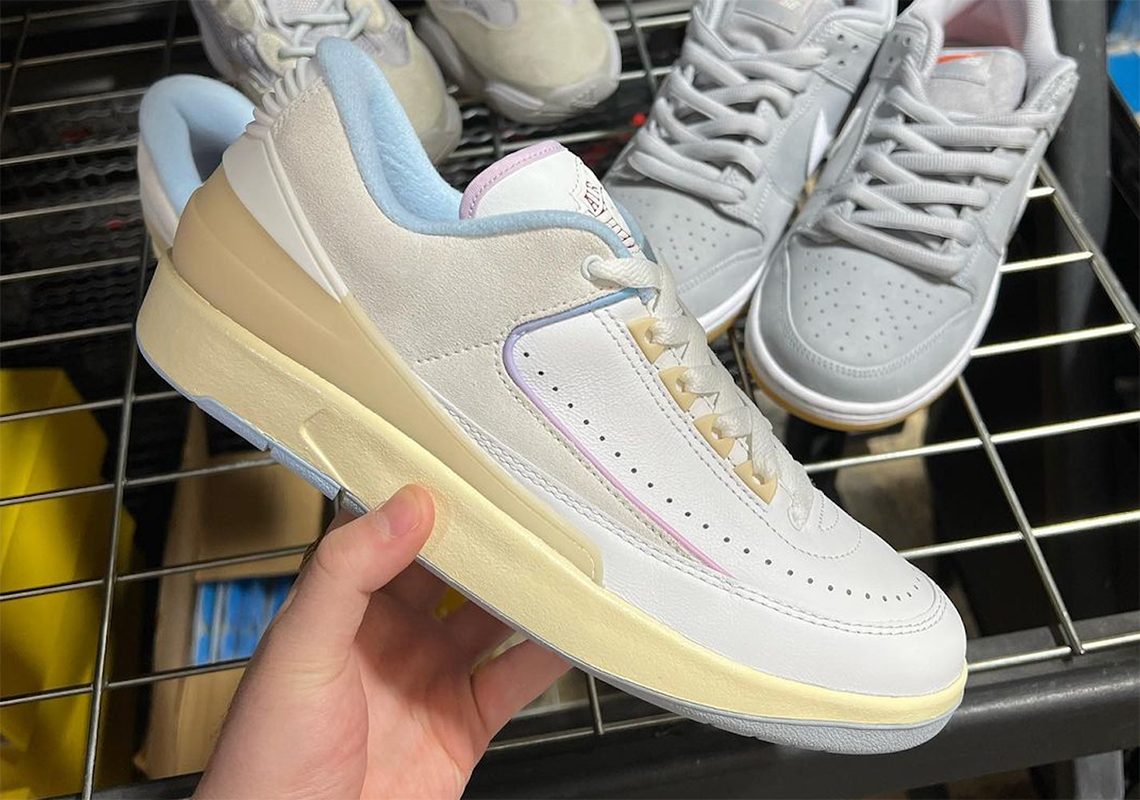 The Air Jordan 2 officially made its return in 2021, ushered back in by way of collaborations with the likes of Off-White and Union LA. And following the re-release of its OG “Chicago” colorway later this month, the silhouette is expected to take 2023 in both mid-top and low-top styles alike, the latter of which includes the newly-revealed “Look Up In The Air.”

Not unlike the Air Jordan 1 “Skyline” in inspiration, the Air Jordan 2 Low “Look Up In The Air” celebrates the very same Chicago horizon that served as the backdrop for one of MJ’s most iconic photos. But in contrast to its Peter Moore-designed counterpart, this pair opts for an understated colorway, with whites and tans accented with seldom hits of pink and blue. The latter two colors are instead given a larger display across the insoles, backlighting the skyline of the Windy City as well as the “LOOK, UP IN THE AIR” text.

Enjoy a first look at the upcoming Air Jordan 2 Low “Look Up In The Air” right here. At the time of writing this, a release is expected to land on June 22nd, 2023. 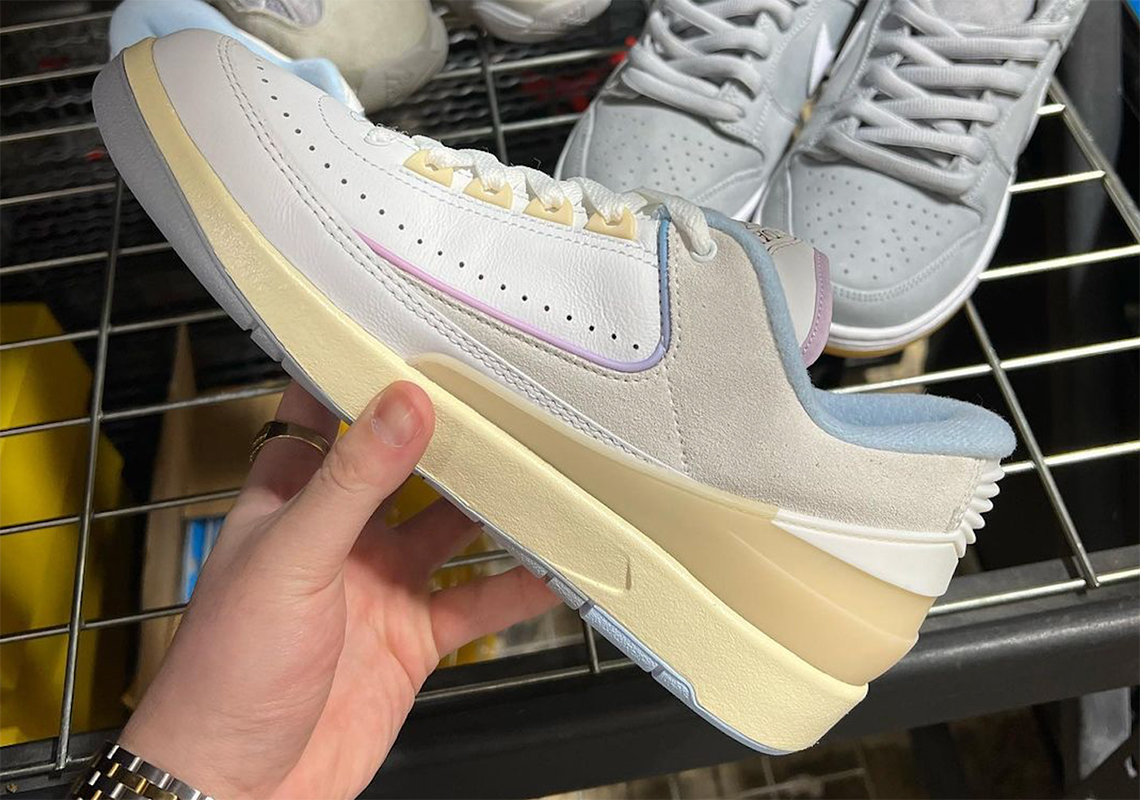 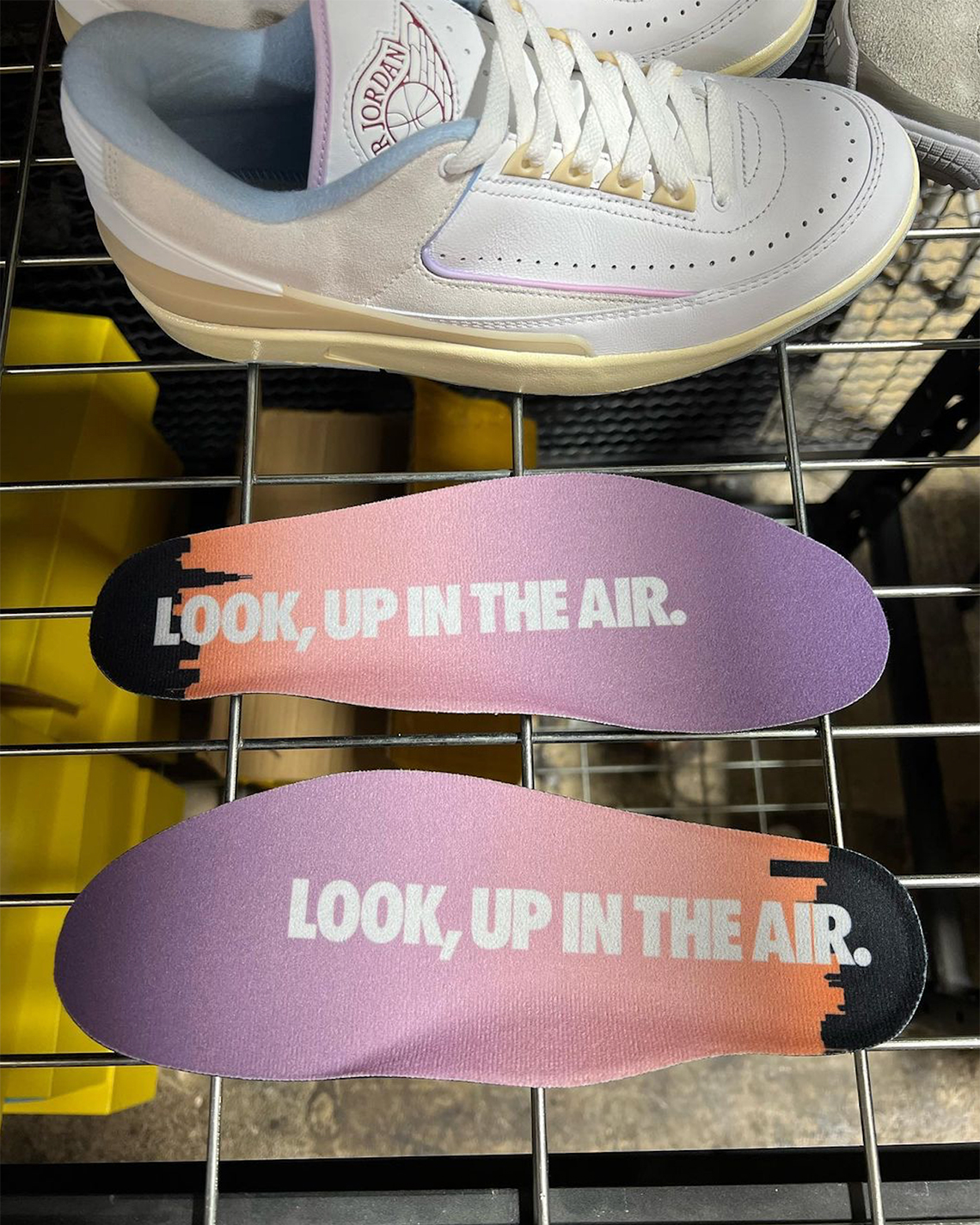