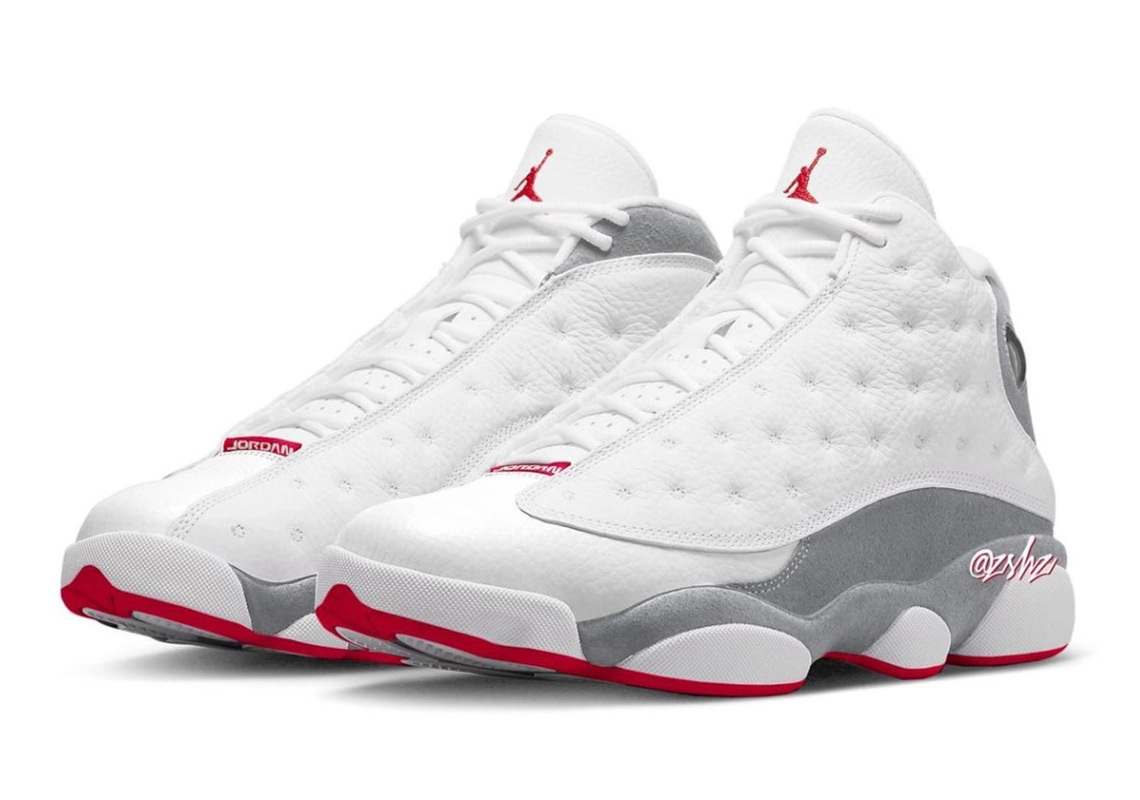 Having been quietly celebrating its 25th anniversary throughout the year, the Air Jordan 13 has been far from the most popular silhouette of 2022. According to rumors, however, Tinker Hatfield’s 11th design for Michael Jordan’s signature sneaker line is set to continue the celebration well into 2023.

In addition to other expected styles, the aforementioned Air Jordan is believed to be releasing in a “White,” “Wolf Grey” and “Red” color combination come Summer ’23. No official images of the pair have been disclosed by the brand, but early concepts of the retro depict it as a predominantly “colorless” proposition. Contrast to the mostly-leather upper arrives in the form of a grey suede material found along the lateral base and heel, as well as medial mid-foot and collar. Jumpman figures and branded tabs at the top and bottom of the tongue, respectively, opt for ruby-colored flair, as does the outsole’s trim. The unreleased Jordan 13 may not command the same attention as some of its other Air Jordan counterparts, but it’s a welcomed addition to the lineup, especially when considering the silhouette’s 25th birthday has been lackluster.

Enjoy an early, unofficial mock-up of the pair ahead, courtesy of Instagram user @zSneakerHeadz, and anticipate a Nike.com launch around July 1st, 2023.