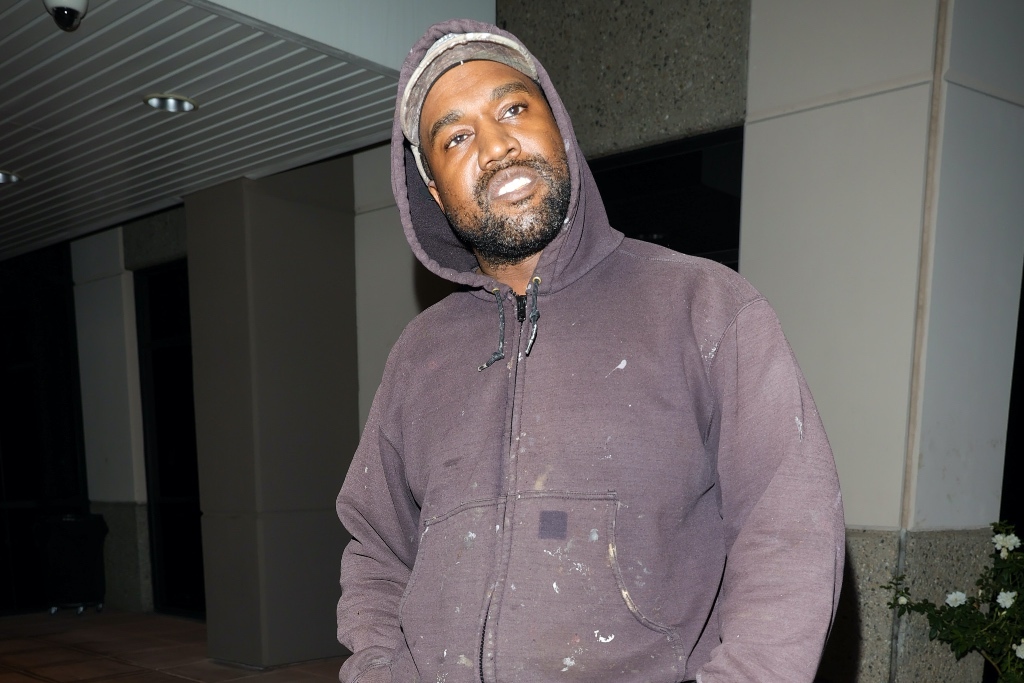 After facing public pressure, Adidas has finally terminated its partnership with Kanye West — and insiders are speculating about where the brand should go from here.

In its statement released today, the athletic giant stated it will “stop the Adidas Yeezy business with immediate effect,” citing the rapper’s recent antisemitic comments and actions. Adidas labeled the commentary as “unacceptable, hateful and dangerous,” and stated it violates “the company’s values of diversity and inclusion, mutual respect and fairness.”

This dissolution does not come without a significant financial impact. Adidas confirmed in its statement that in the short term, it expects a negative impact of up to 250 million euros on its net income in 2022 with “the high seasonality of the fourth quarter.”

Industry insiders told FN this month that a parting of ways between Adidas and the Yeezy imprint could be a billion-dollar divorce. Morningstar analyst David Swartz said he estimated the Yeezy brand brings in close to $2 billion a year. Swartz projected overall Adidas revenues to hit $23 billion this year, which would make Yeezy sales represent nearly 10% of the total.

Although this breakup is likely to be painful to Adidas’ bottom line, influencers in the sneaker space largely agreed that the termination of this partnership presents the athletic giant with a world of opportunity.

YouTuber Taja Keasal, who also uses her platform to speak about budgeting and finance, believes any financial pain will be felt in the short-term and that Adidas will eventually right the ship.

She noted that following today’s news, the company’s stock dropped 11% from where it stood five days ago and will likely fall further after its Q3 earnings report. “However,” Keasal added, “I firmly believed they weighed the short-term financial fallout versus long-term in severing their partnership with Kanye and chose to weather the immediate storm. With the Yeezy product line removed from forecasts, their outlook will have to adjust and if they perform on par with adjusted forecasts by focusing on other designer product lines and capturing more of the women’s market — a lot of upside here, in my opinion — I think their price stabilizes. Beyond the market, I think Adidas will take time to recoup, as I don’t think you immediately replace that dollar amount in revenue lost from Yeezy, but if sourced from various lines I think they fair just fine long-term.”

Sneaker History head content creator Robbie Falchi agreed that this opens the door for the company to build other powerhouse franchises.

“As a consumer, I’m happy to see the seemingly endless amount of Yeezy drops to come to an end,” he said. “I’m excited for something new to rise from the ashes. I think Adidas needs to cast many lines into the creative river and see what bites.”

And for sneaker YouTuber David “Kari” Daniels, he hopes to see the Three Stripes now put more effort behind storytelling and connecting on an emotional level with customers. “As a consumer, I’ve never felt the pull on my heartstrings from Adidas like I have with other brands,” he said. “With the Consumer Direct Acceleration strategy in full swing at the Swoosh, this could be a perfect time for Adidas to shine a light on retailers and tell the stories we don’t hear about often, while reviving some gems in the archive they may not have revamped in a while.”

Well-known sneaker collector Damaries “Kickitwitdd” Negron believes that Adidas could find its way out of the uncertainty by looking within the sneaker community itself.

“It’s time for Adidas to focus more on the [sneaker] community because there are people out here who wear Adidas and do great in their own communities,” Negron said. “Also, I think this is an opportunity for Adidas to choose more designers from the sneaker community to bring Adidas’ ideas into life. If Adidas still wants the same tempo of demand that they had with Kanye, they need to hire someone with the same attributes as him.”

To that end, Keasal believes the brand has several assets at its disposable — aside from West — that can generate plenty of heat.

“I foresee Adidas leaning heavily into what established their brand from the beginning, Originals, which maintains engagement from loyalists while tapping into their growing target audiences,” she said. “They have a passionate fanbase and supporters of global superstar Bad Bunny, and their launch of Fear of God Athletics on the horizon carries heavy anticipation as longtime Jerry Lorenzo supporters are anxious to see new product lines.”

She continued, “As a consumer of sneakers and Adidas, I would like this to serve as a teachable moment in business — be careful of heavier leverage to one designer — and a fresh new beginning for other talented designers and artists.”

As for the future of Adidas Yeezy shoes, in today’s statement, Adidas said it is the “sole owner of all design rights to existing products, as well as previous and new colorways under the partnership,” indicating a desire to continue selling products unattached to West. The company confirmed it will offer more information during its Q3 earnings announcement on Nov. 9.

While Adidas’ release plan has not yet been revealed, Falchi is unsure how shoes without a West association will fare at retail — or if the Three Stripes will even bring them to market ever again.

“I don’t think collectors want the shoes anymore, but the designs have become ubiquitous with cool to the masses over the last five years, so I think there would be a market for rebranded Yeezys. With that said, I don’t see an avenue for Adidas to bring any of his shoes to market even after severing ties with Ye,” Falchi said.

Daniels believes that — despite West’s cult-like fandom — consumers are more interested in his shoes than the person behind them.

“I asked my Twitter followers if the Wave Runner 700 released right now — despite everything Kanye has done — would you buy it, and the majority of responses I received were yes,” Daniels said. “Overall, I think people want the shoes and are willing to separate the person from the product.”

“Too often, customers want to feel included in coveted consumerism trends, and the hottest name in sneakers for a long time has been Kanye,” she said. “Customers’ value of Yeezys weighed heavily on Kanye, and his value in turn was leveraged on perception.”

But with West’s star now tarnished in the eyes of many, Keasal predicted there could be less demand for his products. “And for the demand [that is] present, some of that would include people hoping to resell the shoe at a later date based on scarcity with no future productions,” she added.

Although the situations couldn’t be more different, Adidas does have a history of releasing sneakers once associated with an ambassador after the ambassador has moved on. Most notably, the brand sold looks from late NBA icon Kobe Bryant’s signature line under a new franchise name, Crazy — including the Crazy 1, Crazy 97 and more.

Falchi doesn’t believe there is a similar avenue to take with Yeezy.

“I don’t think people want those shoes without Kanye’s name — and no one wants Kanye’s name on their feet right now, so it puts them in a pretty bad situation,” Falchi said. “The Crazy shoes [with Adidas], now in a post-Kobe world, do well, but that’s only because of his unfortunate passing. This Kanye stuff is s–t out of luck.”

Daniels, however, thinks a transition away from Yeezy could be fairly seamless.

“The interesting thing about the Yeezy designs has been the very minimal branding on the product,” he said. “Not sure if that was planned on the brand side or more so from Kanye’s side to let the designs shine outside of the collab, but I definitely see Adidas taking inspiration from the popular models from Yeezy and incorporating familiar elements into new or existing models — shoes like the FomQ have my attention,” he said.

“With or without the Yeezy attachment, so many people love these models. I’ve seen so many people who are older than me wear the sneakers because of the orthopedic comfort,” Negron said.