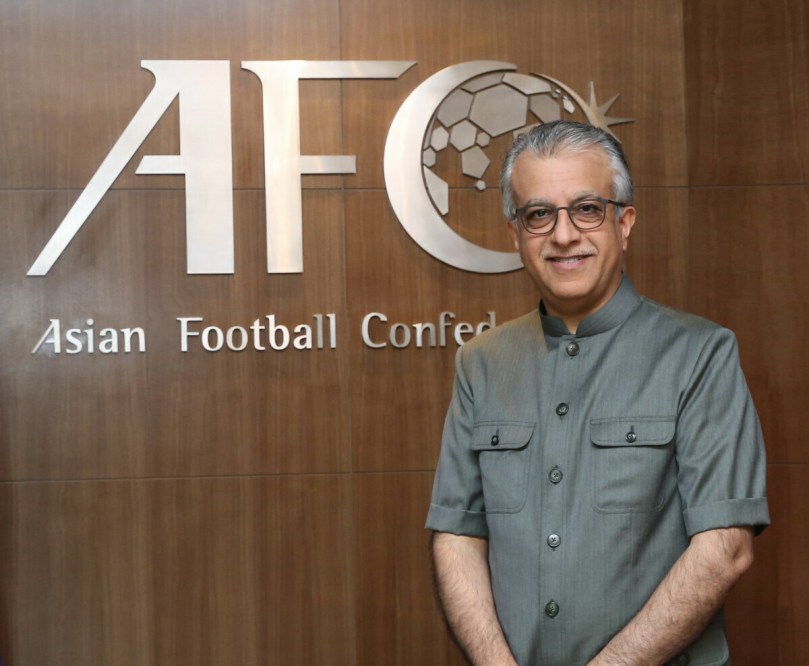 The FIFA U-17 World Cup was held across three cities – Bhubaneswar, Goa, and Navi Mumbai – with the AFC President attending the summit clash between Colombia and Spain at the DY Patil Stadium here on Sunday. Speaking to the-aiff.com, the AFC President said, “FIFA and AFC want to focus on India to host more future events, and over the last few years since I’ve taken over at the AFC, I think India has played a big role in Asian football.

“You have hosted two World Cups and the Senior Women’s AFC Asian Cup here. India is a major country in Asia and hopefully it can take its position at the same level in football, in the coming years.” Shaikh Salman arrived in Mumbai on Friday evening, along with AFC General Secretary Datuk Windsor John, Deputy General

Shaikh Salman extended the AFC’s full support towards the growth of Indian football. “I’ve met the new management here, and I will always give all the support I can for India to succeed as a footballing nation. India’s success will be our success in Asia,” said Shaikh Salman.

The AFC President feels that India has a greater chance for success in the future. “India has taken great strides in recent times, but the pace could be even faster. Of course, the COVID pandemic has not helped in the last two years, and that was not just in India.

“There will always be challenges, be it COVID or other things, but I think the determination is there from all stakeholders to progress.”