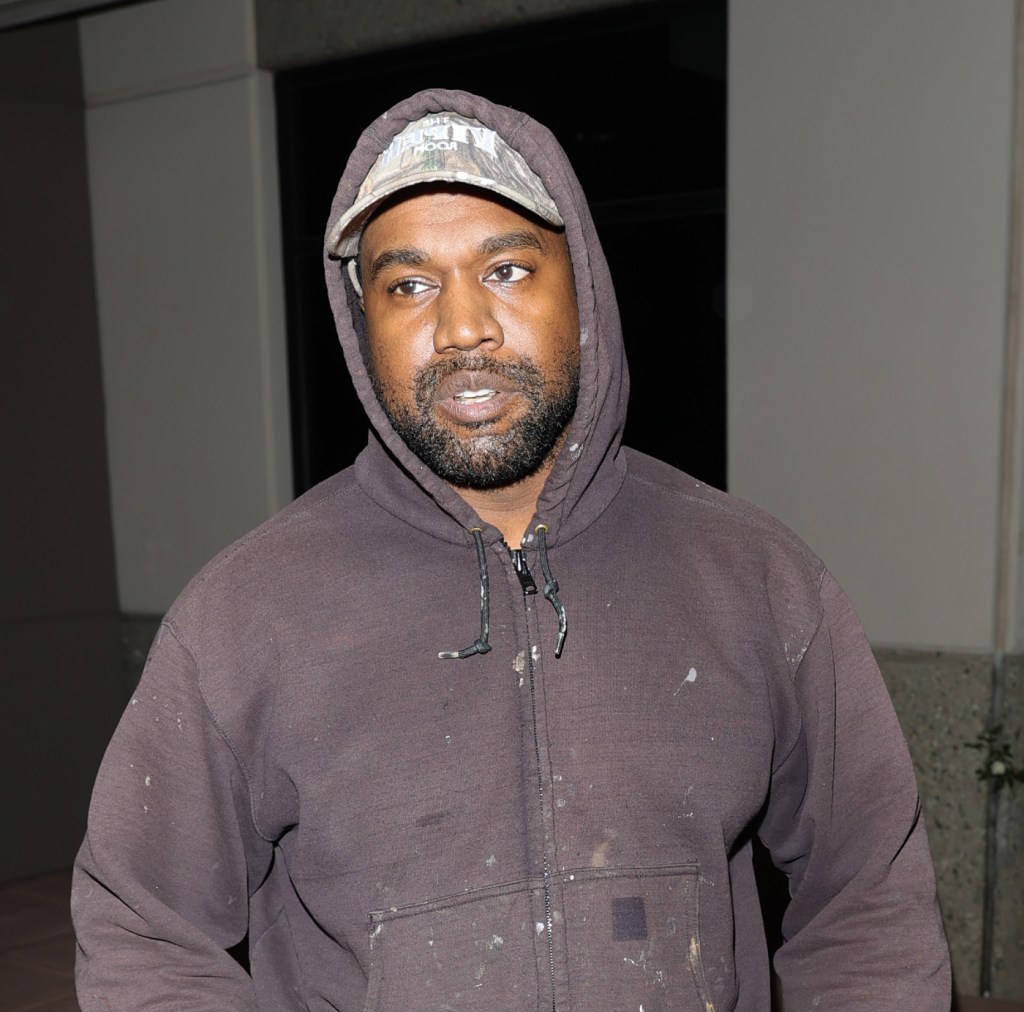 Adidas is through with Ye.

The German sportswear giant announced Tuesday that it has ended its lucrative partnership with the rapper and designer formerly known as Kanye West after he made a slew of antisemitic remarks that have drawn widespread condemnation and prompted Balenciaga and fashion bible Vogue to sever ties with him. On Monday, CAA, Ye’s talent agency, dropped him from its roster. The film studio MRC also said that it was nixing a documentary about him.

Ye had already dissolved his Yeezy collaboration with Gap in September before the recent controversies reared their head. These included trotting out T-shirts with the white supremacist slogan “White Lives Matter” at Paris Fashion Week and then threatening to go “death con 3 ON JEWISH PEOPLE” on Twitter shortly after.

In a short video from the Oct. 16 episode of “Drink Champs,” a podcast hosted by hip-hop artists N.O.R.E. and DJ EFN that has since been removed, Ye is shown seemingly taunting Adidas, asserting, “I can say antisemitic things, and Adidas can’t drop me. Now what? Now what?”

The clip, which began circulating on Twitter over the weekend, triggered fresh calls for the brand to drop the “Jesus Walks” hitmaker who recently agreed to buy conservative social platform Parler. The hashtag #BoycottAdidas also quickly took off on the social network, as did allegations that the company’s founder, Adi Dassler, had close ties with the Nazi party. On Saturday, a small group of demonstrators stood on a Los Angeles overpass behind banners reading “Kanye is right about the Jews.” Their arms appeared raised in a Nazi salute.

Adidas, which revealed in early October that its partnership with Ye was “under review,” said that his comments and actions have been “unacceptable, hateful and dangerous, and they violate the company’s values of diversity and inclusion, mutual respect and fairness.”

The Stan Smith producer said that it will stop its wildly popular Adidas Yeezy business with “immediate effect.” The move is expected to wipe out up to 250 million euros ($247 million) from the company’s profit line this year, given the “high seasonality” of the fourth quarter, it said.

“Adidas does not tolerate antisemitism and any other sort of hate speech,” the brand added. “After a thorough review, the company has taken the decision to terminate the partnership with Ye immediately, end production of Yeezy branded products and stop all payments to Ye and his companies.”

The triple-stripe firm, which first linked arms with Ye in 2013, said that it’s the “sole owner” of all design rights to existing products as well as previous and new colorways under the partnership. It will supply more information as part of the company’s upcoming Q3 earnings announcement next month.

Several legal organizations, including the International Legal Forum, an organization representing more than 4,000 attorneys and activists, have written to Adidas over the past week, urging it to end what they described as “silence” over Ye’s outbursts.

Ye’s beef with Adidas predates all of this, however. The Donda Academy founder has previously attacked the company for “blatantly copying” his ideas and not giving him enough control over the Yeezy brand. Still, their partnership has been hugely rewarding. Sales for Adidas’s Yeezy-branded sneakers rose 31 percent year over year to roughly $1.7 billion in 2021, making up nearly 7 percent of its annual revenue that year, according to Bloomberg. Earlier this month, the company called its work with Yeezy “one of the most successful collaborations in our industry’s history.”

Shares in Adidas were down 8.27 percent immediately following the announcement, though they have already plummeted by more than 60 percent so far in 2022. Already, the inventory-laden purveyor has dropped its earnings forecast several times this year due to softening demand in its Chinese and Western markets. It now predicts an operating margin of 4 percent this fiscal year, down from an earlier estimate of 7 percent and less than half the 9.4 percent it reaped last year. Chief executive Kasper Rørsted announced in August that he will be exiting in 2023, despite having previously negotiated a contract extension until 2026. A successor has not yet been named.

More bad news: Hundreds of garment workers and labor campaigners will be taking to the streets in 20 cities, including Berlin, Los Angeles, Milan and the Bangladeshi capital of Dhaka, this week to demand that Adidas address what they characterized as “massive” wage theft during the pandemic.

The Nike rival said, however, that it “rejected” the allegations. “Throughout the pandemic, Adidas has been committed to ensuring fair labor practices, fair wages and safe working conditions throughout our global supply chain,” a spokesperson told Sourcing Journal last week. ”We continued to uphold our standard manufacturing terms, including worker-rights protection. Ensuring business continuity and a functioning supply chain has kept workers in jobs.”

But #PayYour Workers, a campaign endorsed by 260 trade unions and labor-rights organizations worldwide, including the Asia Floor Wage Alliance, the Clean Clothes Campaign and the Worker Rights Consortium, blasted Adidas for “stealing” from the people who make its clothes and shoes.

“The industry is built on the exploitation of workers, and companies like Adidas have been denying responsibility for workers for decades,” said Vivien Tauchmann, coordinator of the #PayYourWorkers campaign. “The problem is systemic and brands must be held accountable for wage and severance theft through a legally binding agreement.”