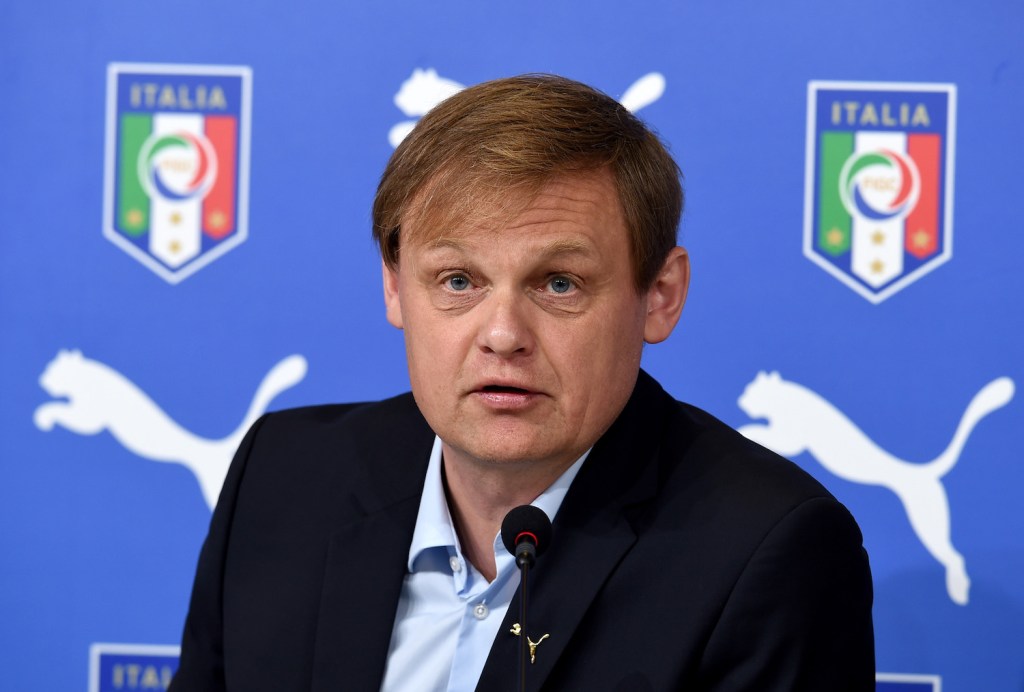 There’s a new sheriff in town at Adidas.

Bjørn Gulden, who had already been confirmed to be in the mix for the top job at Adidas, is officially assuming the chief executive officer role effective Jan. 1, 2023. Gulden, who stepped down as CEO of rival Puma last week, will also be a member of the Adidas executive board.

Outgoing Adidas CEO Kasper Rørsted will leave the company on Nov. 11 after initially announcing plans to step down next year.

Adidas AG chief financial officer Harm Ohlmeyer will lead the company in the interim until Dec. 31, 2022.

Arne Freundt, who was originally going to succeed Gulden as CEO and chairman of Puma SE effective Jan. 1, 2023, is now taking the reins of both gigs immediately.

The 57-year-old Gulden had been CEO of Puma since 2013, but is making a long-awaited return to Adidas, where he served as senior vice president of apparel and accessories from 1992-1999.

Gulden’s expansive resume shows a recent focus on the fashion and apparel verticals, as the executive served as CEO of Danish jewelry brand Pandora from 2011 to 2013 prior to his tenure at Puma. And in the decade before that, he was managing director of Europe’s largest footwear retailer Deichmann, and also as president of U.S. subsidiary Rack Room Shoes. He also has held various management positions at outdoor apparel company Helly Hansen, and currently is chairman of the board of Salling Group, Denmark’s largest food retailer.

“We are very pleased to welcome Bjørn Gulden back at Adidas. Bjørn Gulden brings almost 30 years of experience in the sporting goods and footwear industry,” said Thomas Rabe, chairman of the supervisory board of Adidas AG. “As a result, he knows the industry extremely well and draws on a rich network in sport and retail. Bjørn Gulden already served Adidas successfully for seven years in the 1990s. As CEO of Puma, he reinvigorated the brand and led the company to record results. The Supervisory Board of Adidas AG is convinced that Bjørn Gulden will head Adidas into a new era of strength and is looking very much forward to a successful cooperation.”

Gulden now has a major task on his hands in righting the ship at Adidas, which has not seen smooth sailing this year. The company severed ties with Yeezy footwear partner Ye, formerly known as Kanye West, following a string antisemitic remarks from the hip-hop artist and designer. The Yeezy split is expected to cost Adidas about 250 million euros ($248 million). Morningstar analyst David Swartz estimates the Yeezy brand brings in close to $2 billion in revenue per year. The Ye fallout was so damaging that one of the Yeezy suppliers had to lay off 142 of its approximately 200 employees.

Then there’s the athleticwear brand’s known struggles in China, where preliminary currency-neutral sales declined at a “strong double-digit rate” for the third quarter. In the period prior, Adidas saw currency-neutral sales in the region plummet 35.1 percent. Like Nike, the issues in China range far and wide, most recently due to the country’s zero-Covid lockdown policies that wiped out foot traffic in many brick-and-mortar stores. Throughout the pandemic, both companies have also felt the heat of consumer boycotts after they spoke out about sourcing cotton in China’s Xinjiang region, where evidence suggests forced labor is rampant.

Adidas also incurred more than $300 million in expenses when it exited Russia earlier this year following the country’s invasion of Ukraine.

If Puma’s recent performance is any indication, Gulden appears to be up for the task. Puma’s third-quarter sales increased 23.9 percent to 2.35 billion euros ($2.33 billion), on net income inching up 1.8 percent to 146.4 million euros ($145 million). Adidas revenue growth in the same quarter was only half of Puma’s, up 11 percent to 6.41 billion euros ($6.27 billion). Net income fell dramatically amid the Russia exit to 179 million euros ($175.1 million), down from 2021’s 479 million euros ($468.6 million). And while Adidas cut its guidance three times this year citing global headwinds, Puma reiterated its full-year outlook in October three months after raising revenue projections.

Rabe thanked Rørsted in a statement, listing some of the outgoing exec’s most notable accomplishments during his six-year chief executive tenure.

“We would like to thank Kasper Rørsted for his major achievements at Adidas. He strategically repositioned the company and fast-forwarded its digital transformation,” Rabe said. “In North America, the world’s largest sporting goods market, Adidas has doubled its sales. In addition, Adidas has strengthened its leadership position in sustainability and increased diversity, equity and inclusion throughout the company. Following the successful divestiture of TaylorMade, CCM Hockey and Reebok, the company is now able to focus its efforts on its core brand Adidas. We wish Kasper Rørsted all the best for his future endeavors.”

Two institutional investors that own stakes in Adidas supported the move ahead of Gulden’s official appointment as CEO. Ingo Speich, head of corporate governance at German asset management firm Deka Investment, told Bloomberg that Gulden is “a blessing for Adidas,” indicating that he “brings the necessary skills to the markets and capital markets.” Thomas Joekel, a fund manager at Union Investments, told the outlet Gulden “would be an ideal successor.”

Adidas stock is up about 3 percent in Tuesday morning trading in the wake of the C-suite news. Last Friday, shares spiked as much as 25 percent after the company confirmed Gulden was in talks to become CEO.