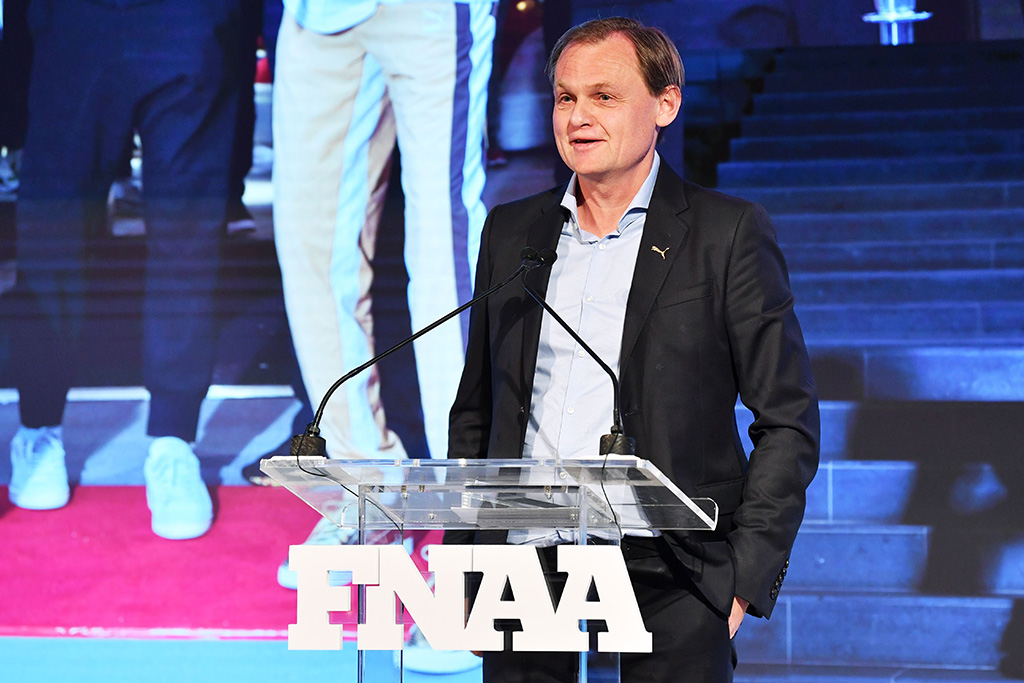 Gulden, who announced his departure from Puma on Friday, succeeds Kasper Rorsted, who served as CEO of Adidas since 2016. Adidas on Friday confirmed it was in talks with Gulden to succeed Rorsted, who will officially leave the company on Nov. 11, 2022. Adidas CFO Harm Ohlmeyer will lead the company in the interim.

Gulden assumed the CEO role at Puma in 2013. He also worked at Adidas between 1992 to 1999 as SVP of apparel and accessories and in other roles. Gulden also also served as CEO of Danish jewelry brand Pandora, managing director European footwear retailer Deichmann, president president of Rack Room Shoes and in various roles at outdoor apparel company Helly Hansen.

“We are very pleased to welcome Bjørn Gulden back at Adidas,” said Thomas Rabe, chairman of the supervisory board of Adidas in a statement. “As CEO of Puma, he re-invigorated the brand and led the company to record results. The Supervisory Board of Adidas AG is convinced that Bjørn Gulden will head Adidas into a new era of strength and is looking very much forward to a successful cooperation.”

Even before Bjorn’s appointment was confirmed, analysts were already upbeat about the new hire’s potential to right-size Adidas’ business as it grapples with the end of its Yeezy partnership, a slowdown in China and other challenges in the current retail environment.

In a Monday note to investors, Cowen analyst John Kernan said he sees Gulden’s potential arrival as a “win for stakeholders,” though likely a lofty task for Gulden, who would be faced with handling the end of the Adidas Yeezy partnership, which brought in an estimated 10% of the total revenues for Adidas.

Baird Equity Research analyst Jonathan Komp also praised the move in a note and said that “Gulden would be a very strong hire for Adidas” due to his sizable industry experience and “very strong track record at Puma.”

He described the hiring as a “game-changing development for the company and investor sentiment.”

Adidas is set to report results for the third quarter on Wednesday, Nov. 9.