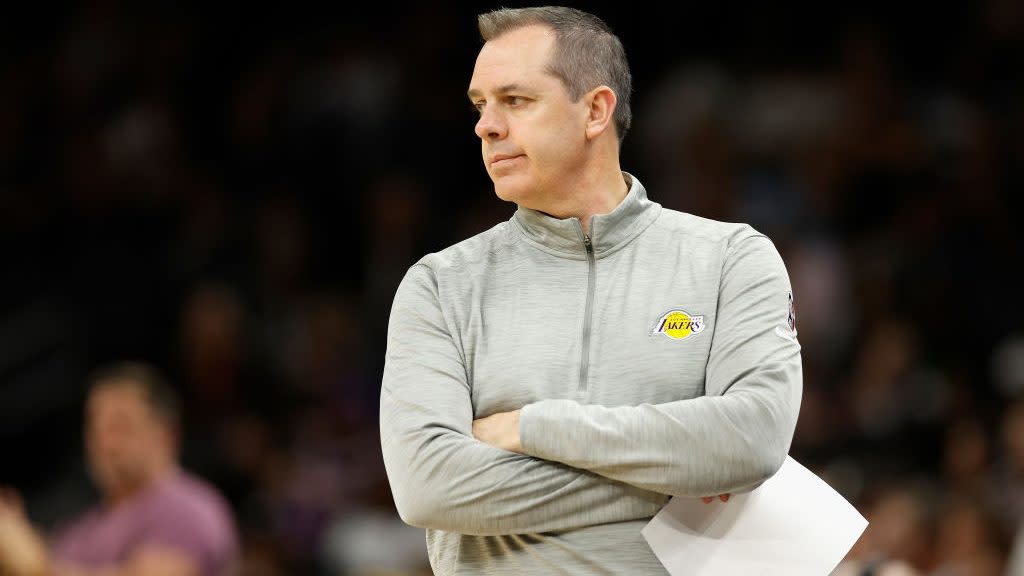 The Utah Jazz are casting a wide net — and talking to a lot of assistant coaches.

We already knew that former Trail Blazers coach Terry Stotts was on the list, as well assistant coaches Alex Jensen of the Jazz, Will Hardy and Joe Mazzulla from the Celtics, Johnnie Bryant of the Knicks, and Charles Lee of the Bucks.

Now we can add more names to that list, including recently fired Frank Vogel of the Lakers. Adrian Wojnarowski of ESPN had the update.

Whoever gets the job will replace Quin Snyder, who spent eight years at the helm in Utah and lifted the Jazz from a last-place team to the best record in the NBA a season ago.

Exactly what the roster the new coach takes over will look like is another unknown. Will Rudy Gobert be back, or will he get traded? What about Donovan Mitchell? What role players will be retained and which ones will be brought in?

The coach the Jazz hire may give us some sense of the direction Danny Ainge wants to take the team. Does he hire an offensive-minded coach such as Stotts, or a guy with a defensive reputation such as Vogel? Player development or someone better suited to handling win-now veterans?

With such a wide net cast, expect this search to take a while.

Here’s more on the Jazz