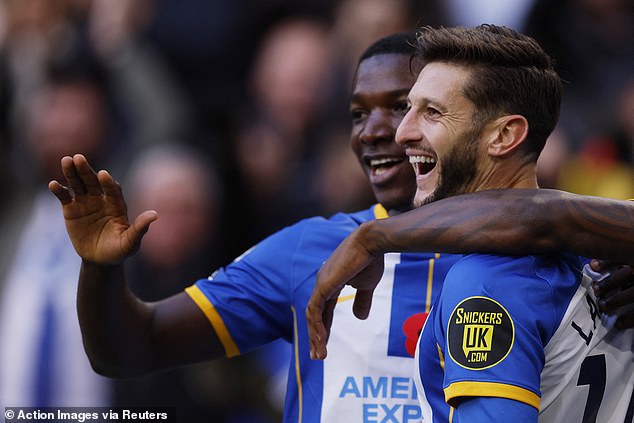 ‘It didn’t surprise me!’: Adam Lallana sympathises with Brighton fans after they booed Graham Potter on his return last weekend – as he says the former boss’ Chelsea exit is ‘still so raw’

Adam Lallana claimed that the boos which rang out for Graham Potter on his return to Brighton were unavoidable after his mid-season departure.

The 47-year-old was given a less than warm welcome by his former club, who he transformed from relegation contenders to top-half challengers before leaving for Chelsea in September.

Potter arrived at the Amex Stadium in 2019, having found success in the Championship with Swansea City, and has quickly established himself as one of England’s premier young managers.

‘It didn’t surprise me! It must’ve been very difficult for them,’ said Lallana to talkSPORT of the hostile welcome Potter received. ‘I do have a lot of sympathy for them and it’s still so raw for all the Brighton fans and all the people associated with Brighton.

‘It was a bit pantomime-y but for them it wouldn’t have felt like that, it would have hurt because all of them still care about Brighton a lot.

‘So it probably wasn’t avoidable and maybe it was just something that they were gonna have to have gone through. 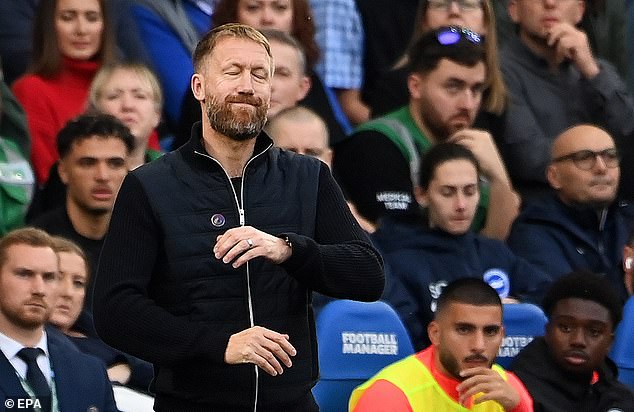 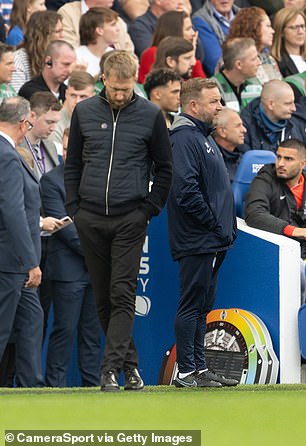 ‘I think and the more times they come back the easier it’ll be and the better the reception will be – but it can’t have been easy for them.’

The now Chelsea boss had made a fantastic start to life in west London, going unbeaten in his first nine games in all competitions at the club.

However his former side proved to be one step too far for the Blues as the Seagulls romped home to an embarrassing 4-1 win to mark the return of arguably their most successful manager in recent history.

Leandro Trossard opened the scoring before a pair of own goals gave the home side a 3-0 lead by half-time, and Pascal Gross made it 4-1 by the final whistle after a Kai Havertz consolation in the 48th minutes.

After a five-game winless run to begin new manager Roberto de Zerbi’s reign on the south coast, a statement win was what the Italian needed to kick start his career – and there’s no better way to do so than by beating the man you replaced. 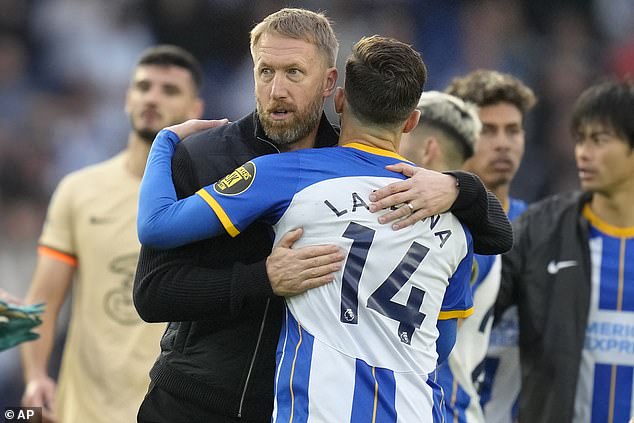 But he was not quite as impressed after that display on October 29 as he was after his side’s slender win over Wolves on Saturday, after a performance that particularly caught his eye.

‘This was my best game at Brighton in terms of quality of play,’ said De Zerbi after the match at Molineux, which lifted his side into sixth with a 3-2 win.

He will have the opportunity to make it three wins in three in the Premier League when he welcomes new Aston Villa boss Unai Emery to the Amex on Sunday. 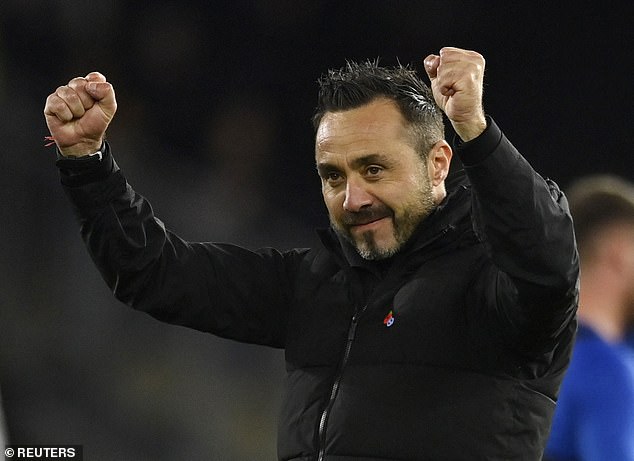