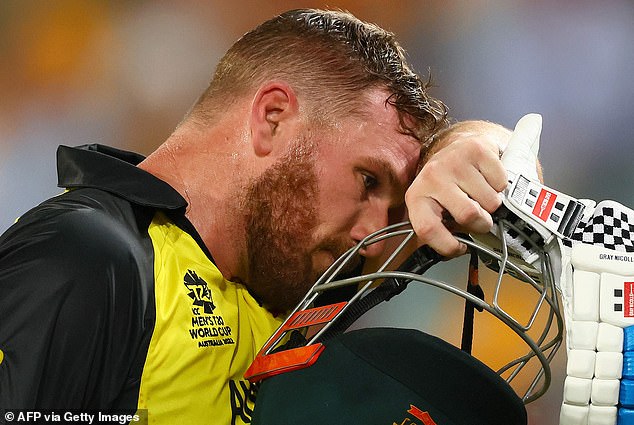 Aaron Finch’s international career hangs in the balance, after he suffered a hamstring injury in Australia’s 42-run win over Ireland in Brisbane on Monday night.

Criticised for taking his time to get going in the win against Sri Lanka last week, the 35-year-old smashed three sixes and six fours as he top-scored for Australia with 63 off 44 balls.

Finch was named Player of the Match for his efforts, but a hamstring injury that forced him off the field midway through Ireland’s innings took the shine off his performance.

‘Yeah a little hammy twinge I think. I’ll get a scan tomorrow. Unfortunately I’ve had a history of them,’ a visibly downbeat Finch said in the post-match interview.

‘We’ll see how it goes. It doesn’t feel too bad at the moment but generally overnight they can stiffen up but we’ll get a scan and get the full results. […] I am very hopeful [of playing Afghanistan on Friday].’

A serious injury could not only rule Finch out of the remainder of the T20 World Cup, but it could also abruptly bring down the curtain on his international career.

Last month, the Melbournian announced his retirement from ODI cricket and relinquished the captain of Australia’s one-day team to focus on T20 and said he ‘would like to’ remain in charge of the latter side beyond the World Cup. 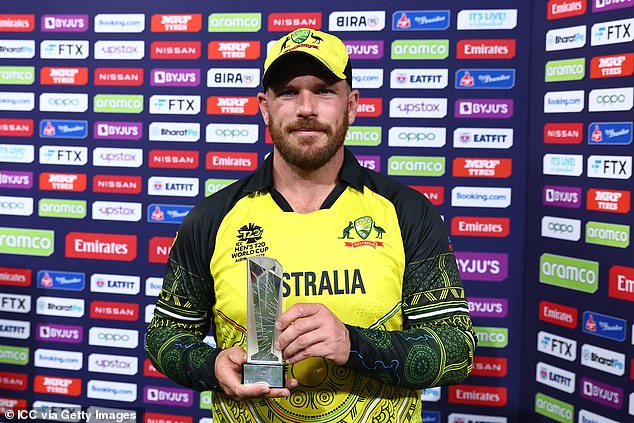 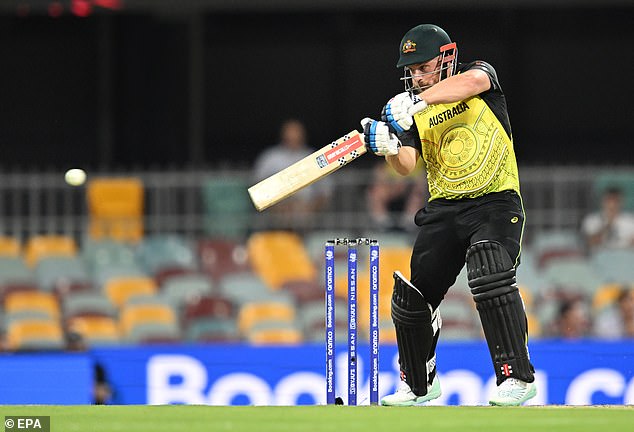 Whether that will come to pass after the tournament ends, however, remains to be seen.

Finch, who took over the captaincy of Australia T20 team in 2018, faced criticism over his role after he arrived into the tournament in a dismal run of form.

Before the T20 World Cup, he averaged just 14.6 with the bat this year, way down from a career average that had never dipped below 28.6.

Out for 13 against New Zealand in Australia’s 89-run loss in their opening game of the T20 World Cup, Finch finished 31 not out as the defending world champions beat Sri Lanka last week. 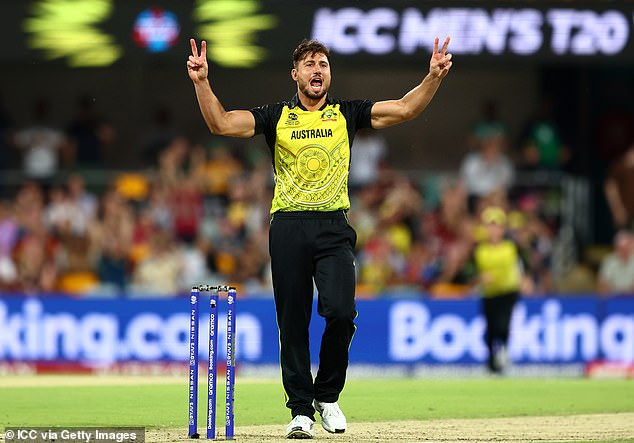 Finch and Marcus Stoinis, who hit 35 off 25, put together a 70-run fourth-wicket stand to take the game away from Ireland.

Like Finch, Stoinis and Tim David also complained of hamstring issues and left the field during Ireland’s innings, with Australia finishing with three substitute fielders.

The win over Ireland vaulted Australia in second place in Group 1, behind leaders New Zealand and above England with the two sides set to meet in Brisbane on Tuesday. 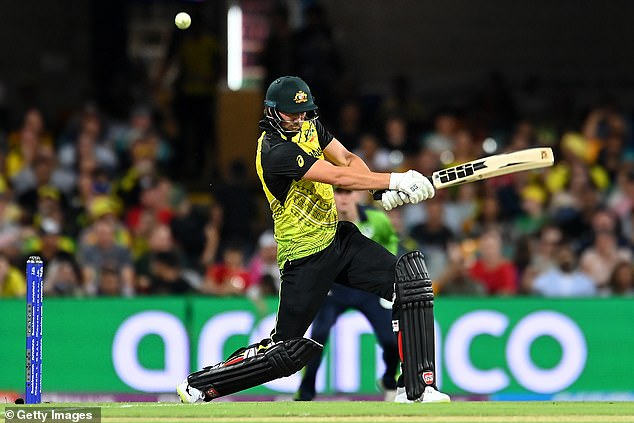 Australia, however, failed to overcome England’s net run rate, which remains +0.30 to the Aussies -0.24.

To do that, Australia would have had to win by 75 or more, a target which seemed well within reach after Glenn Maxwell and Mitchell Starc took two wickets each in the opening four overs to reduce Ireland to 5-25.

But Lorcan Tucker’s splendid 71* dragged Ireland back into the contest and frustrated Australia, handing England a potentially crucial lifeline.