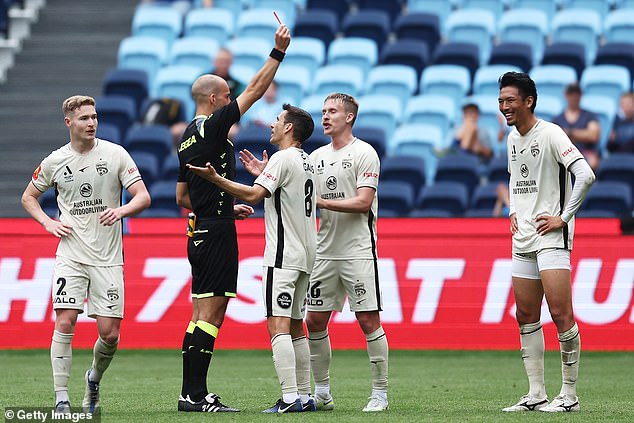 Adelaide United striker Hiroshi Ibusuki has seen his controversial red card overturned after the A-League admitted to an ‘obvious error’ during Sunday’s clash with Sydney FC.

In shambolic scenes, the Japanese forward was sent off in the first half for having his studs raised in a challenge by referee Daniel Elder.

In a statement released by the FA on Monday, they concluded the send off was not warranted.

See also  Club has full squad back for Newcastle

‘The MRP first considered the Application. In accordance with the Regulations, the MRP considered the broadcast footage, match official reports and the submissions on behalf of Ibusuki,’ the statement read. 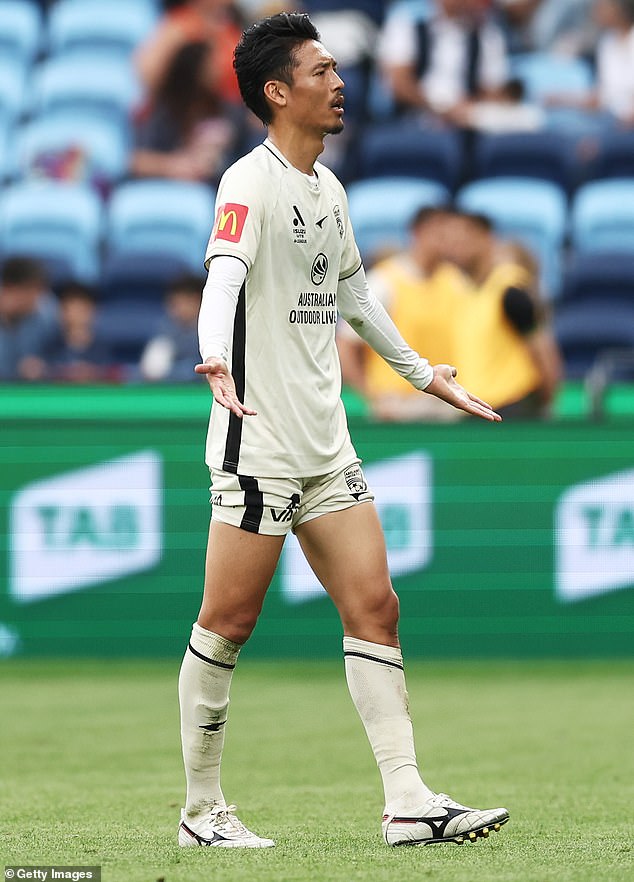 The Japanese striker was bemused by the decision, which was overturned by on Monday

‘As Ibusuki was issued with a direct red card, the MRP was first required to determine unanimously that based on the materials above, no direct red card was warranted in the circumstances.

‘After due consideration, the MRP held that no direct red card was warranted in the circumstances and the other matters required by the regulations were satisfied. Therefore, the application was accepted, as there was an obvious error in the issuing of the red card.

‘Having accepted the application, the MRP has determined that Ibusuki would not be required to serve the mandatory match suspension, will face no further action for the incident, and will have the red card rescinded and removed from his record.’

‘I’m sure everyone that was watching the game will have a very similar opinion to me,’ he fumed.

And you’re telling us that the red was completely justified? We don’t need the VAR audio from Elsey fly kicking someone, we need it on this. It makes no sense lmao #SYDvADL

For all the benefits of technology, unfortunately, VAR is operated by humans. When you have two of them that view this challenge, one in real-time and one on replay and still come up with this decision, I fail to see the benefit of persisting with that technology #SYDvADL

‘That’s something we don’t want in the game. We’re trying to attract a lot of new supporters to the game and decisions like that might put people off.

‘I think everyone (in the league) will want an explanation because they’ll be getting worried if we’re going to have red cards for challenges like that.’ 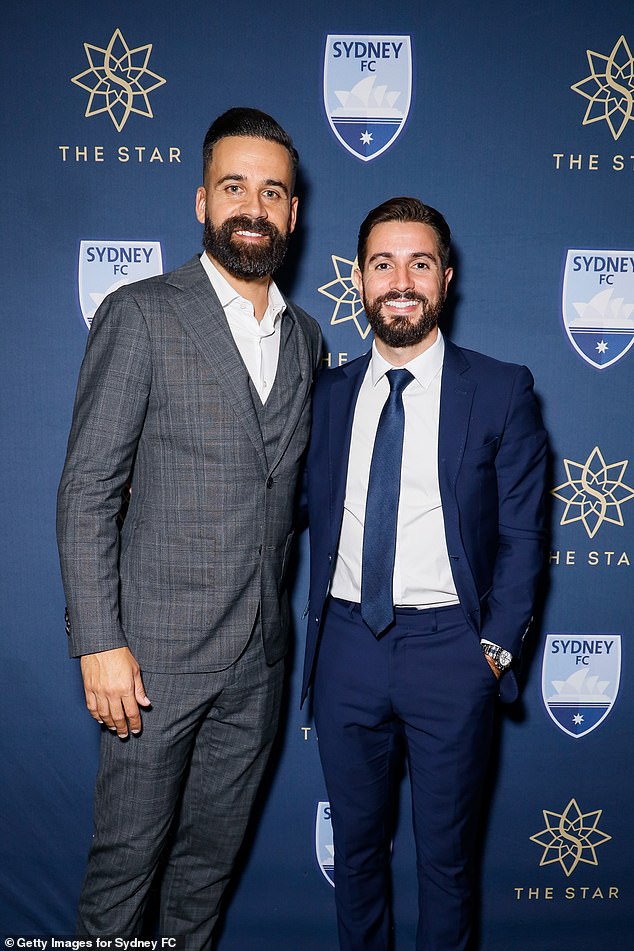 ‘It’s for me, one of the worst red card decisions I’ve ever seen,’ he said.

‘I don’t see that there is any intent there (from Ibusuki). The VAR should’ve called Daniel Elder there to the sideline to have a look to see if it was as bad as he originally thought.’

Ex-EPL star Charlie Austin, who joined Brisbane Roar this season, couldn’t believe what he was seeing.

‘That is never a red card!!! What a shambles honestly, how has he been sent off for that and to even be checked by VAR!’ the Englishman wrote on Twitter.