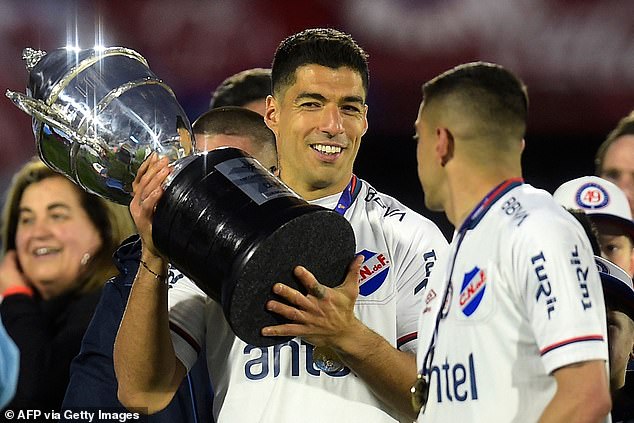 Still got it! 35-year-old Luis Suarez bags a brace in man-of-the-match display against Liverpool – not that one! – as his boyhood side Club Nacional clinch their 49th Uruguayan championship

Luis Suarez starred in a man-of-the-match performance, netting a brace of goals to help his boyhood side, Club Nacional, defeat Uruguayan side Liverpool 4-1 and clinch their 49th Uruguayan championship.

The 2014 Premier League golden boot winner left Atletico Madrid in July, joining up with his Club Nacional for the 2022 season, scoring six times in 13 appearances for the Uruguayan side.

But it appears Suarez’s glittering career has now gone full circle, with the forward winning the Uruguayan Championship for the second time in his career with Club Nacional, after he did so in the 2005/06 season. 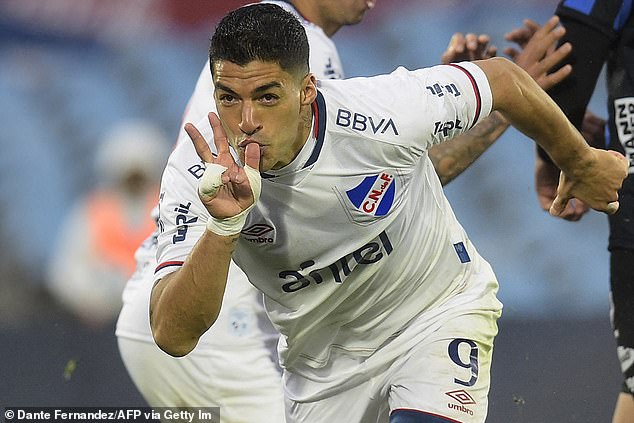 Club Nacional were crowned champions after beating Liverpool at the Estadio Centenario in Montevideo, with Suarez opening the scoring for his side after 59 minutes, placing an impressive virtuoso effort around the Liverpool goalkeeper.

At 35-years-of-age, El Pistolero is showing no signs of slowing up, with Suarez following up with a second goal in extra-time, hammering home an equally impressive finish into the roof of the net.

Emanuel Gigliotti followed up with a brace himself to give Nacional the win, sparking elation among the National team.

Suarez has had a star-studded career, having now won his 20th major honour, which includes a list of illustrious silver wear, that includes five LaLiga titles and a Champions League trophy.

Suarez left Uruguay in 2006 for FC Groningen, before moving to Ajax in 2007 where he would win the Eredivisie. 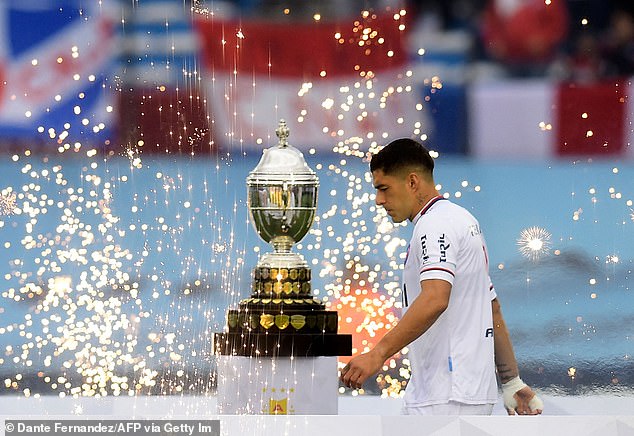 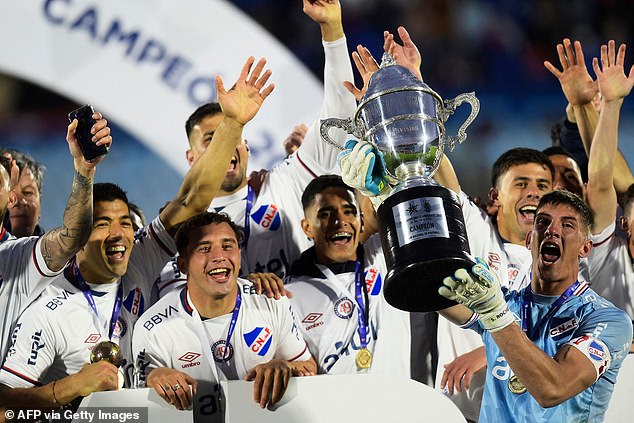 The striker was then snapped up by Liverpool in 2011 where he would go on to make his name as one of the world’s most prolific strikers scoring 82 goals in 133 appearances for the Reds.

He then went on to play in LaLiga for eight years before returning home to Uruguay, but will once again be on to pastures new this October ahead of the World Cup, with Club president Jose Fuentes saying in September: ‘As soon as the [Uruguay] season is over, Suarez will leave.’

It is unclear where he could be off to next, with America perhaps being the most likely destination for the 35-year-old.